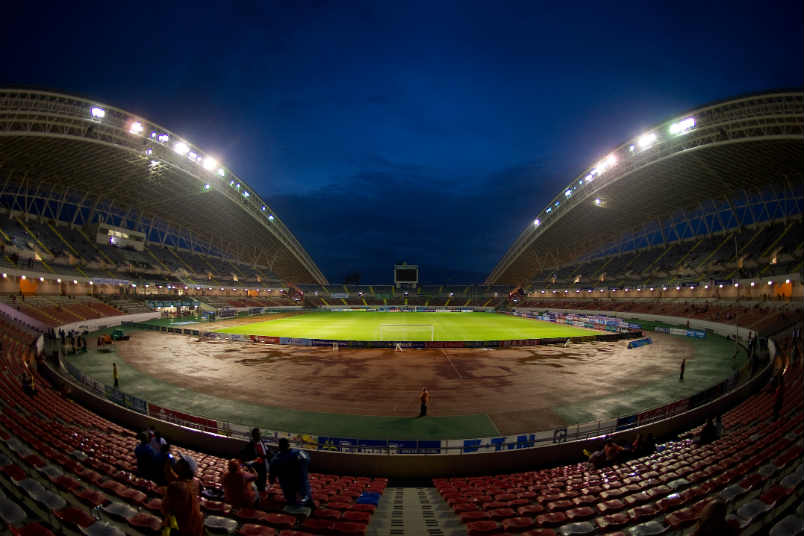 By Clemente Lisi – NEW YORK, NY (Nov 14, 2016) US Soccer Players – Road games are never an easy task during World Cup Qualifying. The United States, while dominating the Hexagonal in recent World Cup cycles, has often struggled on the road. Its game Tuesday at Costa Rica represents another major roadblock in the USA’s quest to reach the 2018 World Cup. In fact, the last (and only) time the United States earned a point at Costa Rica dates back to 1985.

The task of trying to grab its first win in the Hex comes after Friday’s 2-1 home defeat to Mexico. It was the first time the US lost a World Cup Qualifier at home since 2001 (to Honduras), a 32-game streak. It was also the first time Mexico had recorded a victory in a qualifier against the US on American soil dating back to 1972. The United States is 0-8-1 all-time versus Costa Rica on the road. The Americans will have to do in Costa Rica what Mexico did to them in Columbus.

It was May 26, 1985 when the US tied Costa Rica 1-1 before a sellout crowd of 25,000 at the antiquated Estadio Ricardo Saprissa. The Americans survived a tough 90 minutes that included stretches in which Costa Rica dominated the match offensively. The result kept the Americans a point ahead of the Ticos in the standings. The US, however, would go on to lose at home a week later against Costa Rica. The defeat eliminated the USMNT from reaching the 1986 World Cup. The dream of reaching the finals would have to wait another four years.

“I remember playing down there. It was an old stadium,” said former US goalkeeper Arnie Mausser, who was in net for the game. “They were lucky to score the goal. I remember it hit the top of my fingers, like what happened (Friday) to Tim Howard against Mexico, and they scored.”

The US lineup that day featured five college players, including UCLA’s Jeff Hooker and Duke University’s John Kerr. Both players combined to score in the 44th minute. Kerr’s goal silenced fans that day, many of whom had still been celebrating the home team’s goal just a minute earlier. The US defense – anchored by Paul Caligiuri – kept Costa Rica off the board in the second half. With no pro league in the United States at the time, many of the players on the roster had been plying their trade in the Major Indoor Soccer League. Some of the players coached by Alkis Panagoulias appeared unable to keep up with the physical demands of the outdoor game. The larger field and having just two subs at its disposal was clearly too much for some of the players to handle.

The quality of the US team at the time notwithstanding, Mausser said playing in Central America has never been an easy task for the United States.

“Often, fans would be outside the hotel and blow horns all night knowing the gringos were inside. That is what US teams can expect in a place like Costa Rica,” he said. “It was definitely loud there (in 1985). There were people all around blowing horns. There were no US fans. Those were the days before the American Outlaws and Sam’s Army.”

It may be may be 31 years later, but this hold true to this day. The Americans can expect that type of reception and atmosphere this week. There is no love between the teams. While Mexico represents the USA’s biggest rival in the region, Costa Rica is a close second. The teams have played some important matches in recent years and the Ticos’ rise – they surprisingly reached the quarterfinals at the 2014 World Cup – represents CONCACAF’s improvement in recent years.

After the United States defeated Costa Rica during a snowstorm in March 2013 – a match that became known as the “SnowClasico” – in Commerce City, Colorado, Ticos fans returned the favor when the sides met in Costa Rica. That September 2013 trip was an interesting one for the Americans, illustrating the growing hatred between the fan bases. Several hotels and training facilities refused to host the US team. Things got worse once the Americans reached Costa Rican soil. Instead of moving through a private terminal at the Juan Santamaria airport in San Jose, the team had to go through customs in a public area. With people chanting, “No fair play USA,” they pelted the US bus with eggs.

“It was a good welcome. It was kind of fun,” Tim Howard joked in an interview with the New York Times. “We don’t always have that reception. It’s cool.”

The Americans lost, 3-1. Estadio Nacional will again feature hostile fans. The resentment from the “SnowClasico” remains. Making matters worse for the home side, the Americans blanked Costa Rica 4-0 at the recent Copa America Centenario. Revenge is something the Ticos will want to exact. On the plus side, the stadium is a better place to play compared to games at Saprissa. That stadium featured an artificial surface and its steep stands made the home fans even louder. Even a fence around the field, to keep fans off it, added to the stadium’s intimidation factor.

“The players need to keep calm. I know that from experience,” said Mausser. “It will be a physical game. Even the referees are often intimidated by the fans. The game can even get a bit chippy like it did with Mexico. It will be a psychological battle. Just go in there confident and do what you’re supposed to do.”