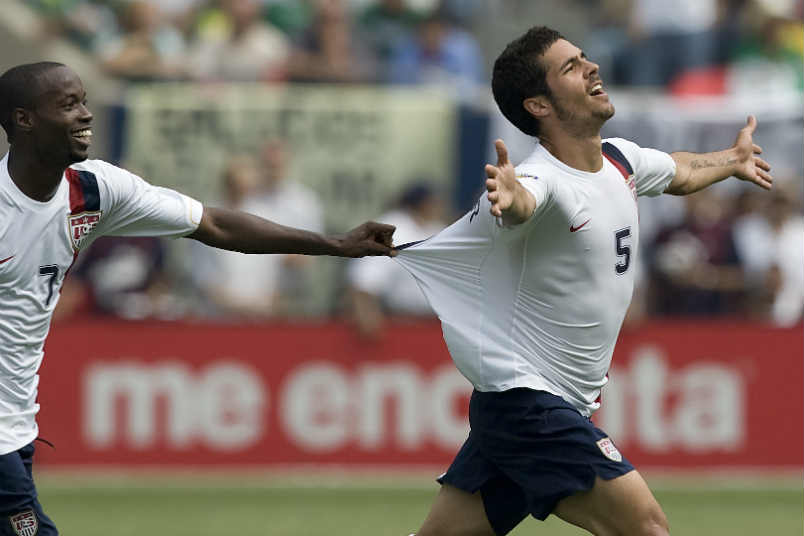 By Clemente Lisi – NEW YORK, NY (Dec 26, 2016) US Soccer Players – The last days of a calendar year are a good time to look back at the 12 months that have gone by. It is also a good time to look ahead to the year to come. Trying to guess what is going to transpire in 2017 is a futile effort. Journalists and pundits love to prognosticate but are rarely correct. We’re better at reporting and analyzing what has already transpired rather than try to play Nostradamus.

In this case, reassessing where the USMNT is in regards to its player pool and where the team needs to be a year from now is something Bruce Arena will have to deal with in 2017. Although Arena is at the helm, some of the issues Jurgen Klinsmann faced still remain. What has changed is how Arena can tackle them and how he will prioritize his to-do list.

There’s no doubt 2017 is a big year. The 12 months that precede a World Cup is second in importance only to the quadrennial tournament itself. Qualifying is the goal, of course. There’s also the Gold Cup on the summer schedule, but this year it’s WCQ points taking precedent.

With the Americans 0-2 in the Hexagonal, its next two games – at home versus Honduras and away at Panama this March – will give us an early peek into Arena’s work. In that regard, next month’s January camp has never been so important. Changing head coach mid-cycle is not something the USA does on a regular basis. It is therefore imperative that Arena figure out over the next few weeks – and in the friendly on January 29 against Serbia in San Diego – what he plans to do with this team going forward.

Where this US team needs to be a year from now is simple. Win the Gold Cup and qualify for the World Cup. Do those things and Arena will have successfully helped turn around the fortunes of a team that has been inconsistent of late.

Arena, we know, is a man unafraid to rely on Major League Soccer to serve as his team’s backbone. While Klinsmann encouraged American players to sign with European clubs, Arena has spent the last 21 years coaching – and winning – in MLS. By Arena’s own admission, during a Facebook Live chat with fans earlier this month, this country’s top domestic league remains vital to the National Team’s growth.

“Probably two-thirds of the (player) pool is comprised of players from Major League Soccer,” he said. “So this camp’s going to be very important.”

The glaring holes in Arena’s starting lineup are primarily two – playmaker and, no surprise, at left back. Let’s start with left back. This has been a perennial problem that dates back decades. Name a US lineup since the team got competitive in the mid-1990s and I’ll show you a glaring hole at that position. Whatever the reason, this is the one place on the field the US has showed the most weakness.

At the Copa America Centenario, DeAndre Yedlin and Matt Besler both played out of position when Klinsmann put them at left back. Tim Ream, a center back, can fill in if need be. Edgar Castillo, who actually plays left back, has not shown that he’s up to the task. Other potential options have included Fabian Johnson, Eric Lichaj, and Kellyn Acosta. None of them have proven effective. Arena’s band-aid solution, it seems, is to go back in time and call up 34-year-old DaMarcus Beasley. That was the same option Klinsmann went with at the 2014 World Cup.

As for the 10 spot, there needs to be someone who can create chances and generally spearhead the attack. Jermaine Jones can do that. So can Christian Pulisic. Klinsmann made Jones a defensive midfielder when he is best used offensively. Clint Demsey can also play in a more withdrawn position if need be. Benny Feilhaber and his creativity would also make for an interesting option. Sacha Klejstan could do it along with either Lee Nguyan or Darlington Nagbe. It depends on how young or old Arena wants to go.

The reality is that Arena isn’t all about using older players. He is focused on the future as well. The January camp is a great time for budding MLS talent to show what they can do. In fact, this is what the camp is primarily all about. Those young players who have excelled in MLS need to step up now and show Arena they deserve a shot at minutes during World Cup Qualifying. This is also the chance to open a few doors that Klinsmann had shut on some players. That’s where Feilhaber and Nguyen instantly come to mind.

What needs to happen in 2017 is for the US to come out as a cohesive unit – no matter who the players are – and for Arena to once again demonstrate that he put together a lineup capable of winning games. History has shown that if anyone is capable of such a task, it’s Arena. The hope is for history to repeat itself.