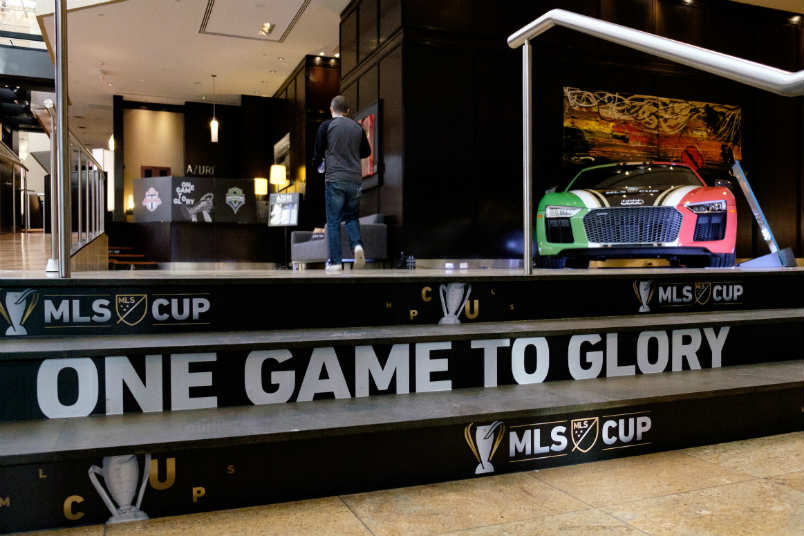 By Clemente Lisi – NEW YORK, NY (Dec 19, 2016) US Soccer Players – The MLS Cup final ended a week ago, but talk of the 2017 season is already underway. The Expansion Draft last week set in motion the rosters of Atlanta United and Minnesota United FC. The end of 2016 is also the time to look back at the past season and at the state of the league and American soccer as a whole.

Major League Soccer has been growing for the past 21 years. The league has matured greatly, but like any 21 year old, it is far from perfect. It has been on an upward trajectory for sure, and has come very far since taking those baby steps in the mid-90s. The league’s early years gave us the shootout to settle draws and the NFL-style countdown clock.

The shootout was a well-intentioned idea aimed at producing a winner after every game. It ultimately proved gimmicky. The game clock counting down to 0:00 was also scrapped. Without the stoppages you see in the NFL or NBA, taking control of the time away from the referee was both unfair and not in accordance with the international standards. MLS learned that change can be good, but ones that stray too far from the spirit of the game serve as a turnoff for traditional fans and do nothing to bring in new ones.

MLS has already lasted longer than the original North American Soccer League. That league also played loose with international standards while trying to find and sustain an audience. When the NASL began to struggle, it took the mainstream version of the sport with it. In the big picture, the five years between the demise of the NASL and the USMNT playing in Italia 90 isn’t a lot of time. For soccer in this country, it almost proved critical.

There are lessons still worth learning from the NASL. MLS needs to be financially viable if it wants to grow and succeed. That’s the economic reality of any business. MLS also needs to remain a viable financially if it wants to grow. That means more than righting the books through charging expansion fees. There have been many proposals over the years about what tweaks and radical modifications the league should consider.

Here are my six solutions to making MLS better:

This has been the red herring that’s caused more arguments and Twitter wars than any other subject among American soccer fans. The argument that investors spend too much to risk relegation to an inferior league is valid. Getting past that is never going to end up with a sporting meritocracy. This is a pay to play system. The creation of an MLS Premier League and MLS-2 Division solves that problem. Take the teams currently in the league and break them up into two divisions (11 in each, for example, in 2017). The bottom four teams in MLS Premier would drop and the best four in MLS-2 would win promotion. As an extra incentive, the team that wins MLS-2 could automatically win promotion and take part in the MLS Cup Playoffs.

Use a single table

That takes me to my second point – eliminate the Eastern and Western conferences. The geographic limits the two conferences create often forces the outcome of MLS Cup. Put the teams into a single table and have each team play the other (home and away) like in Europe’s biggest leagues. With two more teams entering in 2017 – Atlanta and Minnesota – that would mean each team would play 20 regular-season games. The top team in MLS Premier would win the Supporters’ Shield and host the MLS Cup Final.

Playoffs are part of our American sports culture. The playoffs are important, but there need to be modifications. First, the number of teams making the MLS Cup Playoffs is way too high. Give the regular season more importance by limiting which teams make the postseason. Currently, 12 teams out of 20 make the postseason. Change it to five teams (out of 11, with the Supporters’ Shield winners getting a bye to the semifinals) and seed them by the way they finished in a single table format. Away goals would still serve as a tie-breaker. In MLS-2, a promotion playoff bracket would produce the four teams that move up to MLS Premier. With teams fighting for a playoff sport as well as promotion/relegation, it would make virtually every regular-season game important.

There would be fewer games as a result of these changes, but they would all mean something. The regular season would finally get the weight it deserves alongside the postseason. In addition, with the entire season played during a shorter time span, the season would run from March to July. The playoffs and promotion fight would take place in August, with the MLS Cup Final played in September. Playoff games contested over Labor Day weekend, for example, would ensure potentially more TV eyeballs. While stadium attendance has grown in recent years, larger TV ratings is something this league is still struggling to attain. An MLS Cup Final played in better weather – how many freezing finals do we have to endure? – would make for a better fan experience and potentially a better game.

This game does nothing for the league or the foreign club it plays. I’d move to get rid of it. If the league insists on the event, hold it a week after MLS Cup in a warm venue. This game is an after thought, so treat it that way.

Give more weight to other tournaments

With MLS leaner and meaner, the US Open Cup and CONCACAF Champions League would carry more weight. Coaches would not get away with fielding weak teams because they’re more concerned with the league. Why? Because it stresses that games matter and soccer isn’t about filling the schedule. Think about it from a mainstream sports point of view? Why are there so many games if so few of them count? Make it vital that MLS teams compete for all four titles – if you include the Supporters’ Shield – for the good and overall growth of the game in this country.