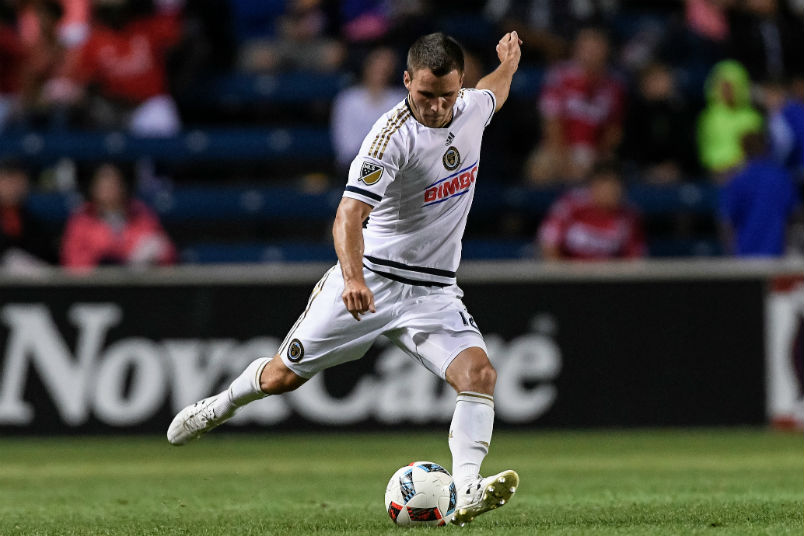 By Clemente Lisi – NEW YORK, NY (Jan 9, 2017) US Soccer Players – January means it’s time for the National Team to assemble at the StubHub Center for its annual camp. In a year highlighted by the quest to qualify for the World Cup, this month takes on added significance. Also throw in a new coach, an expanding player pool, and the Gold Cup into the mix and the next few weeks become crucial. Bruce Arena’s job this month will be to chart a course for his team. He also needs to instill a sense of chemistry while kicking the tires on what emerging MLS talent he could make part of his 23-man roster for Russia 2018.

Arena will undoubtedly fill his lineup with MLS players when it comes to games that count. He did that during his first stint as US coach at the 2002 and 2006 World Cups. Arena knows MLS like few other American coaches. While Arena will lean on veterans to get him though the Hexagonal, he will also need young players to help the team. He will likely use these youngsters in the upcoming friendlies versus Serbia and Jamaica.

This January camp featured one of the most-experienced rosters in recent memory. Arena isn’t afraid to err on the side of experience rather than youth with the Hexagonal resuming in March. Nine players have appeared at a World Cup. A total of 16 have appeared in at least one previous Qualifier. Twenty-five of the 32 players called into camp have at least one cap.

The next few weeks are also the chance for standout MLS players with only a few years as pros to catch Arena’s attention. The Arena 2.0 era is not only about qualifying for the World Cup. It’s also about highlighting future talent and ensuring there is a competitive US team for years to come. Here are five players to watch.

The same player Jurgen Klinsmann left off his Copa America Centenario roster last summer is in camp with Arena this winter. Klinsmann explained his decision at the time, saying he went with Chris Wondolowski. Morris had the chance to play abroad with German club Werder Bremen, but instead decided to sign with the Seattle Sounders last season. He had a standout season in MLS. Morris won Rookie of the Year and the Sounders won the title. Morris is not an unknown quantity by any means, but it will be interesting to see how Arena uses him now.

If not for Morris’s exceptional season, the Philadelphia Union defender would have been named Rookie of the Year. Rosenberry, 23, was great at right back this past season. He can read the game and offers great coverage in the back. He is strong on 1v1 situations and may be the sort of gritty defender Arena can depend on. His play in 2016 turned the Union into a better team and one that made the playoffs. While the player pool is stacked at this position, Rosenberry is the type of young defender Arena needs.

The Dallas FC center back has been an MLS staple since 2012, but he’s essentially new to the National Team. He made just one appearance in 2015 in a friendly versus Panama following January camp. His work rate and accomplishments for the Texas club make him the type of player Arena can’t ignore. Named Defender of the Year this past season, Hedges has a hulking frame and has been a major obstacle for opposing strikers. He is reminiscent of past National Team center backs Oguchi Onyewu and current one John Brooks. It would be interesting to see if the 26-year-old Hedges can get playing time since this is another position where the team is in good shape.

With Arena and his entire coaching staff hailing from the Galaxy, it was a no-brainer to call up Lletget. The 24-year-old attacking midfielder has played for the US at every age level – Under 17, 20 and 23 – but never the senior team. Lletget signed with the Galaxy in 2015 and he has also spent time with USL side Galaxy II. Lletget can both score goals and track back when needed. He could prove useful in the middle off the bench, but this is another player Arena has experience with and that should prove useful.

The 22-year-old striker gives Arena yet another option up front. Born in Gambia, Manneh is in the process of becoming a naturalized US citizen after moving to this country in 2010. He has the skills and scoring prowess to make it as a regular National Team member down the line. In three MLS seasons, Manneh has 60 goals in 98 regular-season games. At the same time, he has the passion and love for country Arena has lauded in the past. He plays for Vancouver, but lives in a suburb called Point Roberts that is located over the border on US soil in Washington State. Although not eligible for the USMNT’s upcoming friendlies, his inclusion is a sign Arena wants to integrate Manneh into the roster as soon as possible with a look at the future.