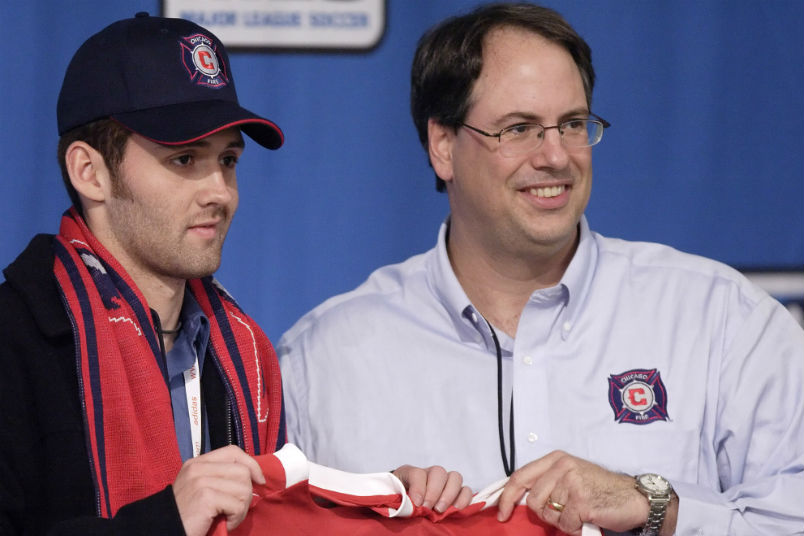 By Jason Davis – WASHINGTON, DC (Jan 25, 2016) US Soccer Players – Sometime between the successful launch of Indy Eleven, a team in the 2.0 version of the North American Soccer League and the drop of his most recent manifesto at the Howler Magazine website on Tuesday morning, Peter Wilt’s transition into the patron saint of lower division soccer in America became complete. And for good reason.

Since turning the expansion Chicago Fire into a first-year MLS Cup champion in 1998, Wilt has put together a string of successful club launches and consulting gigs. Since leaving Chicago, that’s happened in lesser funded competitions like the (now defunct) WPS, NASL, and MISL. Wilt has not been back to the top division with another MLS team since 2005. Instead, he’s helped establish one of the more stable NASL clubs in Indianapolis. He’s also worked toward bringing a second division franchise to Chicago. He’s advocated for the growth of the lower divisions and the work needed to make it happen.

With his varied resume, Wilt stands out among soccer executives in the US. Further, Wilt maintains a constant voice in the ongoing discussions in media and on the internet about American soccer’s biggest issues. Wilt is nearly always available for interviews, regardless of the topic.

In recent years, Wilt has become one of the more authoritative fonts of wisdom on the tricky subject of promotion and relegation in the United States. Wilt made those positions clear in his piece for Howler.

Wilt covers all of the bases, to use a metaphor from another sport. It starts with the benefits to the fans of soccer in America, who would undoubtedly revel in the drama of the late-season six-pointer as teams battle to stay up. For fans of established MLS sides who might fear the drop, Wilt suggests that the pressure created by the specter of relegation will only improve the drive to get better at organizations around the country.

Perhaps more important than selling the fans are the financial arguments. Wilt reasons that ample investment will flow into the American game thanks to promotion and relegation, as it gives owners a chance to buy in at a reasonable price point with the chance of one day winning promotion to Major League Soccer. The value of an MLS club might not even be overly affected because of the very real likelihood they would soon move back up.

If it’s a question, Wilt has an answer. Some are more convincing than others. It is a manifesto (his word, not ours) afer all.

Long time observers of American soccer know the problems. The hurdles that exist at the top level with MLS give the task something of a “fool’s errand” feel. There’s also the tendency to a rip it up and start again solution that seems highly unlikely given the position of MLS.

Wilt’s manifesto is a serious examination of the pro/rel issue from someone intimately familiar with the business of soccer in America. It does not gloss over the potential problems that pro/rel might cause. It is rosy in its outlook on the positive benefits of the system. The manifesto accounts for most of the obvious objections. He uses a long view approach to the growth the system could bring to the game in North America to sell the idea.

Promotion and relegation is not a cure for all of American soccer’s ills. In Wilt’s view, it would provide for a bigger, more popular future on a shorter timeline than the current approach can allow. It also has value.

The current dissastisfaction with American club soccer might be a small group shouting, but it impacts the discussion. Having an established figure showing what could be is valuable. It pushes past baseless accusations of bias and an anger that might not match the topic. We’re talking about pro club soccer, after all. Wilt’s words could serve as a prompt to reset and reconsider.

There’s no real reason to believe that promotion and relegation will happen here any time soon. What Wilt does here is carve out a path and prompt the leaders of the game to address the question.