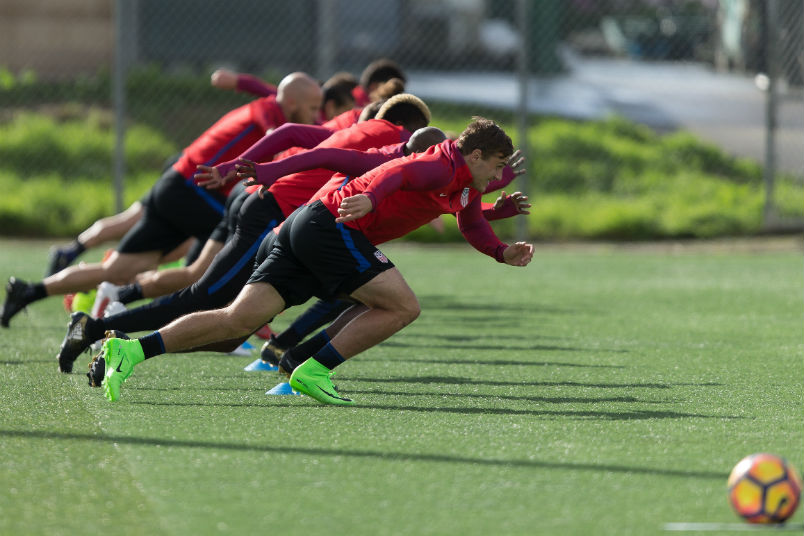 The occasion marks the first match of Bruce Arena’s second stint in charge of the Yanks. He’s likely to soft-pedal his expectations for a group still getting into shape for the long year ahead. The new (old) boss could still learn a great deal from this game, however. In the process, he can drop a hint or two for the rest of us.

Will Arena revert back to the 4-4-2 formation that’s been the tried-and-true default for much of his coaching career? Or does he see a better option for his current personnel, perhaps in the form of a 4-2-3-1 to emphasize width?

Jozy Altidore and Michael Bradley likely remain at the heart – or more accurately, the spine – of whatever shape the coaching staff decides on. The tougher questions concern their partners in attack and central midfield, respectively. Altidore has traditionally done his best work with another striker playing off him. The current roster has several interesting options should the Yanks feature two up front.

In advanced midfield, Arena has spoken highly of playmaker Sacha Kljestan’s skill set and 2016 form. Benny Feilhaber, however, has similar traits. Feilhaber is surely eager to prove in this camp why his lengthy absence from the program was a mistake.

Conceivably all three of Bradley, Kljestan, and Feilhaber could fit into a packed midfield. That might open up chances for attack-minded wide players like Chris Pontius or Darlington Nagbe. It’s worth noting that both Altidore and fellow veteran Alejandro Bedoya singled out Sebastian Lletget in video interviews released by US Soccer on Thursday.

“I’ve been a big fan of Sebastian Lletget, I think he’s a player that – in terms of the new faces – has come in and done really well,” Altidore said. “A good, tidy player and I think he’s made a really good impression on a lot of the guys.”

Lletget is a versatile player who turned heads with his work on the wing for the LA Galaxy on his arrival in Major League Soccer in 2015. Last season, however, he impressed in a more central role that brought him more touches and greater influence on matches.

The perennially troublesome left back spot is again one of the most intriguing USMNT topics of the moment. Arena called a whopping three specialists at the position – DaMarcus Beasley, Greg Garza, and Taylor Kemp. He added another to the mix with this week’s addition of Jorge Villafana. It’s anybody’s guess who, if anyone, will emerge as the top option. Sunday could give us a hint.

There’s ample competition for the center-back jobs, too. Steve Birnbaum, Chad Marshall and Walker Zimmerman are in that mix. So is veteran utility man Brad Evans, who might also be an option at right back. That right corner has promising 2016 rookie Keegan Rosenberry vying with converted midfielder Graham Zusi as well. Goalkeeper is another wide-open contest. Four keepers are in camp and the Serbia match could give some clues as to the pecking order of the moment.

Wondering about the visiting team? Much like their hosts, the Balkan side travel to Southern California with an entirely domestic-based squad. That’s due to the limitations imposed by this game falling outside FIFA’s international windows. That keeps Serbia’s biggest names, like Dusan Tadic and Aleksandar Mitrovic, out of the equation.

Serbia’s group of outsiders and up-and-comers on head coach Slavoljub Muslin’s clipboard will be eager to impress the boss and seize an international opportunity that may not come their way all that often. The Orlovi (Eagles) sit in second place in their UEFA qualifying group for Russia 2018. They’re generally known as an organized, physical outfit with a hard edge. Serbia and their neighbors are also known for cranking out crafty, highly technical players as well. They can certainly punish the Americans for laxity or poor decision-making.

Old-timers will remember the USA’s humbling defeat to Yugoslavia at the 1998 World Cup in France. That was one of several lowlights in an ill-fated tournament for the Yanks. A more recent meeting brought the US plenty of heartbreak, too.

The US Under-20s engaged in a hammer-and-tongs battle with Serbia in the quarterfinals of the 2015 FIFA U-20 World Cup in New Zealand. After 120 minutes of scoreless soccer, it took a nine-round penalty-kick shootout to decide the winner. Unfortunately for Tab Ramos’s side, the Serbs edged that one and went on to win the entire tournament. After that unexpected triumph, their coach, Veljko Paunovic, elected to make the Chicago Fire his next job.