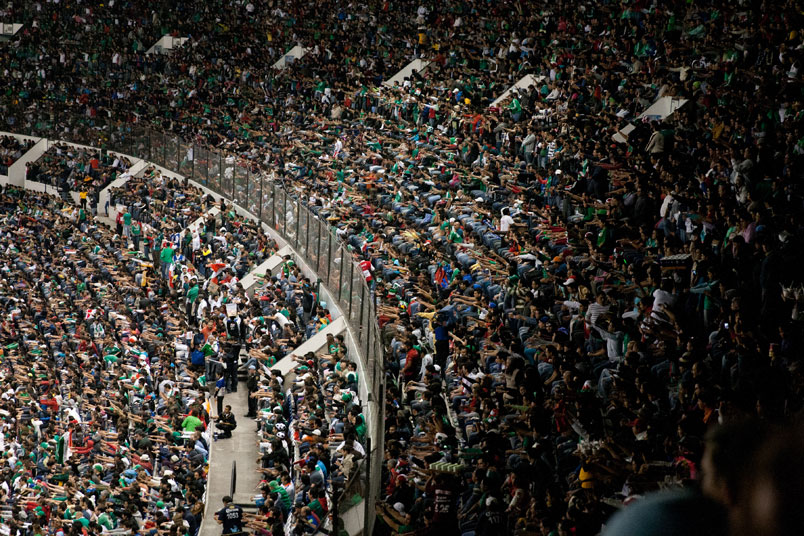 By Clemente Lisi – NEW YORK, NY (Jan 2, 2017) US Soccer Players – It’s the start of a new year. That means another 12 months loaded with big games and international tournaments. It’s also the year before a World Cup, so that means the Confederations Cup this summer in Russia. For the USMNT, there will be World Cup Qualifying and the Gold Cup to focus on.

Last year was incredible. Underdogs Leicester City won the Premier League in England. Cristiano Ronaldo won the Euros for Portugal, finally capturing silverware for his nation after much club success. Lionel Messi again failed to win a title for Argentina after losing to Chile in the Copa America Centenario final on penalties. Neymar did not play the Copa America for Brazil, but instead helped his country win its first Olympic gold medal ever at the Rio Games. Closer to home, Seattle Sounders FC changed coaches mid-way through the season, then mounted an incredible run that culminated with winning MLS Cup.

What does 2017 have in store? MLS will stage its 22nd season. League Soccer teams will look to break Mexico’s lock on the CONCACAF Champions League by bringing a title either to the US or Canada. In Europe, the UEFA Champions League will also crown a winner as the continent’s wealthier clubs continue to threaten a breakout league. Once again, expect Europe’s big teams to pull off mega-bucks transfers and US summer tours.

Weather domestic or foreign, American fans will be watching loads of soccer. With so many games and tournaments, fans will need to trim the fat and decide what they want to focus on. Here are eight significant dates – in chronological order – in 2017.

FIFA members meet in Zurich to decide whether or not to expand the Word Cup starting in 2026. The current 32-team format would expand to 48 divided into 16 first-round groups. The move, aimed at giving more teams the chance to play at a World Cup, would increase revenue. This is FIFA president Gianni Infantino’s plan, pushing for more teams. Smaller nations who have never played in the World Cup also favor it. Will it also dilute its quality?

The African Cup of Nations may not be as high-profile as the Euros or Copa America, but it is generally a wonderful tournament. African soccer has been on a steady rise over the past several decades and some of the continent’s best players ply their trade in Europe. The biennial tournament takes place this year in Gabon. The final is set for February 5 in Libreville.

MLS opens with 22 teams this season. Expansion sides Minnesota United FC and Atlanta United FC will make their debuts. The first game of the season has the Portland Timbers hosting Minnesota at Providence Park. Apart from opening days across the league, MLS has yet to announce the rest of the regular season schedule.

In a year loaded with World Cup Qualifying games, the June 11 match between Mexico and the United States at Estadio Azteca is a highlight. The USA will want to avenge its 2-1 loss to Mexico in Columbus. In addition, the Americans, now coached by Bruce Arena, are off to a 0-2 start. They’ve got three games to move up the qualifying table prior to the trip to Mexico City.

Hosted by South Korea, the FIFA Under-20 World Cup showcases budding talent from across the globe. The United States has to qualify for the tournament. That’s through the CONCACAF U-20 Championship in Costa Rica February 17 to March 5. The US, coached by former National Team great Tab Ramos, is hungry for some success on the youth level after a string of failed attempts in recent years.

Russia’s chance at a logistical World Cup dry run takes place this summer, but the relevance of this tournament has come into serious doubt the past few years. The eight-team tournament will feature the winners of FIFA’s six confederations as well as defending World Cup champions Germany and host nation Russia. The biggest game of the first round will be Germany-Chile on June 22 in Kazan. The final is set for July 2 in St Petersburg.

Every point counts in the Hexagonal, but the last match of the 10-game final round of World Cup Qualifying could determine whether the United States books its ticket to Russia ’18. It will be a tough road game for the United States. Most away dates in CONCACAF usually are.

It isn’t exactly known when MLS will schedule its championship game, but it is usually played the second weekend of the month. Here’s to hoping it isn’t played in freezing weather and that the game doesn’t go to penalty kicks.