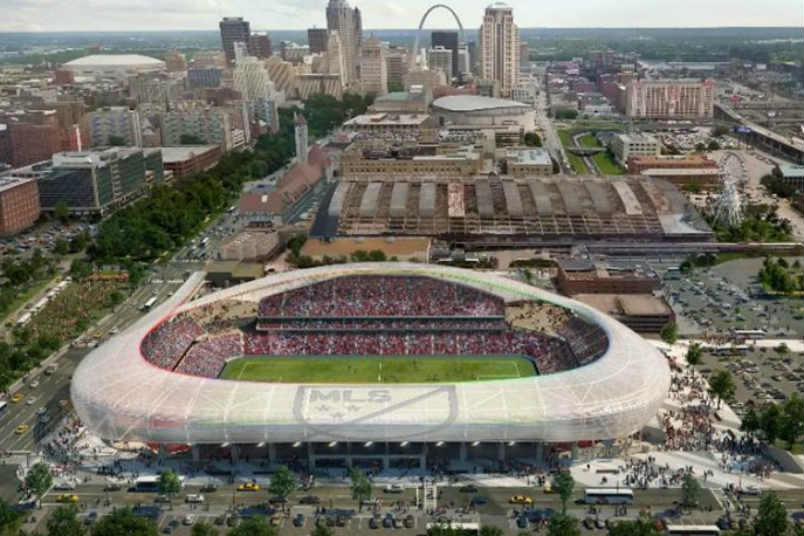 By Jason Davis – WASHINGTON, DC (Jan 11, 2016) US Soccer Players – There’s plenty of interest in Major League Soccer’s next rounds of expansion. The league wants to get to 28 teams by an indeterminate, but not-too-far-off future. MLS has a list of ten interested cities. Many of them are already rich, vibrant soccer communities with lower division teams. Few if any of them are sizable risks. What gets them into MLS is an appropriate stadium, well financed ownership, and a willingness to write a check. The expansion fee hasn’t gone down, after all.

The deadline for bidders to submit their credentials is the end of his month. The ten cities on that list are Sacramento, San Antonio, Charlotte, Raleigh/Durham, Nashville, St. Louis, Cincinnati, Detroit, Tampa/St. Petersburg, and San Diego. The presumption was that all of them would be ready to make their cases when the time came.

When the league decided to publicize that list and their deadline, it led to a quick depth chart. Some bids already looked stronger than others. MLS itself seemed to be playing favorites with their attention. Cities would slip into slots based on a few obvious factors.

So what is happening with St Louis? A city thought to be at the front of the line is now an issue. A city with deep connections to the game and now minus an NFL team has a big problem. Their stadium financing plan is in trouble. Public money won’t be available, resetting how the bid plans to pay for its stadium. The group behind St. Louis’s bid, SC STL, had asked the city of St. Louis to provide $80 million in public funds. That would help offset the $300 million they plan to spend to bring top level pro soccer to the city.

The city bill failing happened in large part because the incoming governor of Missouri refused to support a tax break from the state that was also attached to the group’s stadium plan. The political winds shifted in a negative direction. It seems as though the #MLS2STL campaign will pay the price. There’s always a chance that some other plan comes together, but will it happen by January 31?

Will we see more St Louis scenarios? The political atmosphere surrounding public spending on stadiums is getting more difficult by the day. Things have changed, and not just in Missouri. That reality could limit the pool of prospective expansion candidates.

It’s easy to talk about expansion both at a league and local perspective. What’s not so clear is the new era of MLS asking for an awful lot. Atlanta got in with a shared stadium, but the preference is new construction. NYCFC is spending seasons on the clock in that regard. What does a lack of interest in building publicly supported stadiums mean for MLS? That’s a new question.

So did MLS overstep by announcing a list and setting such an early deadline? Well, this is MLS after all. Rules can change. Deadlines can slide. If there’s a market the league wants, they’ll push to make it happen. See that New York City team playing in a baseball stadium in the Bronx as a prime example.

However, if there’s more to this timeline than it seems, the St Louis scenario could start to push bids up the table. If there are cities without these issues, why not go there now? If St. Louis has to start from scratch on the stadium plan front, cities like Sacramento, San Antonio, and Tampa stand to benefit the most.

Sacramento has already lined up their plan to the point of being ready to enact it the moment MLS awards them a team. San Antonio has a facility that can meet MLS requirements. Tampa’s stadium plan involves upgraded their current venue with only private funds.

Not that those bids are perfect by any means. What they have going for them via lack of red tape they might lose in questions over the size of their market, the location of the “easy” stadium solution, or the crowded sports situation in their cities. MLS has played it cool in many cases (especially with Sacramento) likely for those reasons and also because those cities didn’t need the League’s help creating buzz.

It should be sobering for MLS, though. With all of the expansion hype, they still can’t demand what the big leagues regularly get. At least not in some markets where they’d probably like to go. It’s a message both about budgets and the still-evolving importance of soccer.

The group of serious bidders will contract. MLS still stands to have enough cities angling for entry to fill the slots up to 28. Whether those bids will be everything the league wants is the question.