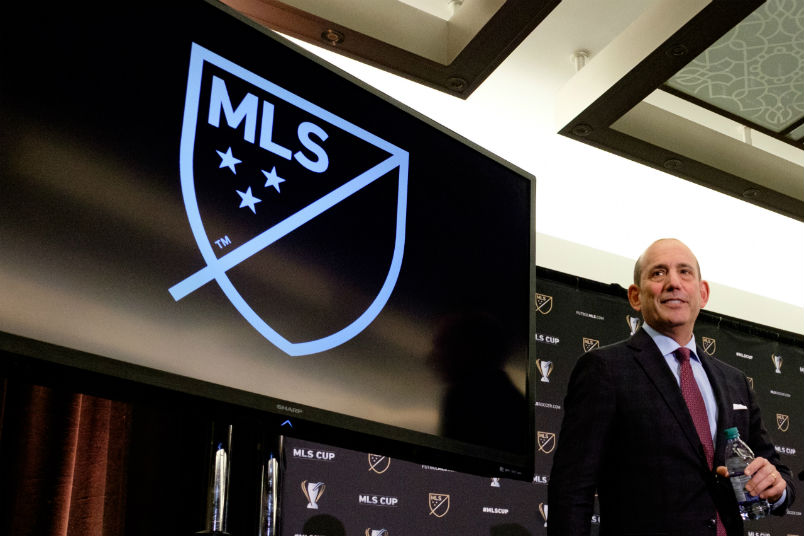 By Jason Davis – WASHINGTON, DC (Jan 27, 2016) US Soccer Players – The MLS imposed deadline for submission of expansion bids is a mere four days away. The groups involved are already feeling the time crunch.

It wasn’t that long ago that the deadline looked like it might play squarely to the league’s advantage. With strong interest from 10 groups, it seemed like MLS was playing the expansionmarket perfectly. Cities rushed to consider stadium construction plans that included municipal money, tax breaks, land swaps, and other considerations. By nudging the process towards a deadline, the League prodded movement on legislation that might have otherwise taken months.

Stadiums are the priority. That’s the major facotr distinguishing these bids. MLS wants purpose-built venues in vibrant, urban locales. They’ve made it clear that the league can be picky.

The time-crunch might be winnowing the field in some ways, but it also seems to be making some bids stronger. The advantage is for the bids that seem the closest to real. No lingering questions, no doubts over civic support. Tick those boxes, and the end of January deadline is just a step.

In St. Louis, two different bills that would help the group called SCSTL defray the cost of a $200 million stadium in the city’s downtown have made their way into the news cycle. The first, which would have put the city on the hook for $80 million of the total price tag, died before reaching any vote. The second, which reduced that municipal contribution to $60 million, looked like it was going nowhere. An impromptu meeting on Thursday turned the tide back in the bill’s favor. With terms deemed more favorable to the city, there’s now real hope that the new plan can make it through committee and lead to a public vote.

The St. Louis plan is far from done, but it at least gives the SCSTL group something to scribble into in the stadium section of their application. League officials have made enough positive comments about St. Louis’s potential to think that it could be enough to push them past the finish line. If MLS announces the awarding of a team to St. Louis contingent upon a “yes” vote for the stadium finance plan, it could be enough to finish the process.

In Charlotte, the deadline is causing some consternation. With the competition heating up, discussions over a stadium financing deal took place behind the scenes. Mecklenburg County approved their part of the deal. Things went in a positive direction despite the short turnaround. The Charlotte city council announced a plan to hold a public hearing and a vote on the $43.75 million to come from the city on Friday morning.

Shortly after that announcement, however, the city backtracked. Mayor Jennifer Roberts expressed her desire to see MLS in Charlotte, but said that the city was not ready to move forward without more time to discuss the stadium plan. The only response from the group behind the Charlotte was a curt “TBD” when asked if the bid could move forward. At the very least, Charlotte’s bid to the MLS expansion committee will be without a clear path to stadium construction.

On the one had, good on Charlotte for resisting the pressure to approve a bad deal. On the other hand, they just might have missed out on their chance to bring first division soccer to the Queen City.

A little good, a little bad. The expansion landscape has both, with the rapidly approaching deadline having its effects.

Despite the timeline, MLS added an additional bidder. The league chose to invite Phoenix, not in the group of 10, to bid. The new owners of the city’s USL entry, the recently re-branded Phoenix Rising FC, already have a plot of land that could be home to an appropriate MLS venue. Significant questions about the heat aside, Phoenix is a strong addition to the group of bidders and will only serve to intensify the competition. How strong a case they can make with so little time left is the question. With another major market in the list, the strength of MLS’s hand is evident.

It’s a heady time for Major League Soccer. The beauty pageant the league is currently holding would have been unfathomable just a few years ago. Not only is MLS in a position to have 11 major American cities bidding for expansion clubs, it’s also in a position to force those 11 bidders to meet league-imposed deadlines.

On January 31, we’ll know if MLS made the right call.