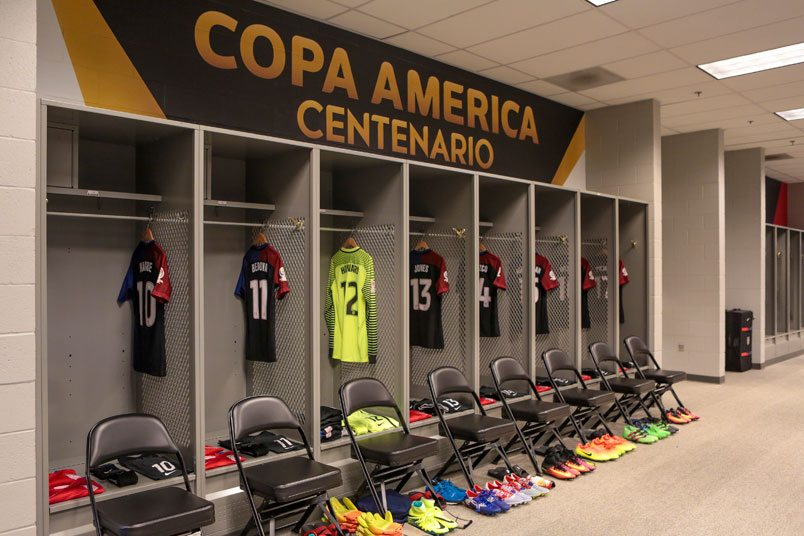 By Jason Davis – WASHINGTON, DC (Jan 18, 2016) US Soccer Players – The Copa America Centenario was a massive success. It was also a bit of a surprise that it even happened.

An explosion of bribery and corruption indictments that rocked FIFA came close to derailing the tournament. From the start, a centennial celebration of South America’s championship held on American soil was a bit of a stretch. Rights originally sold to companies swept up in the corruption scandal had to be resold to save the tournament.

Still, with very little buildup, the United States put on a tournament that reportedly generated $400 million. That’s thanks to the nearly 1.5 million who attended games and millions more who watched on television around the world.

Imagine what a Pan-American tournament on a fixed four-year schedule could bring in. It also gives CONMEBOL and CONCACAF a chance to compete with UEFA. Whatever happens here might not rival the European Championships, but it has a better shot. A joint tournament would let them compete with UEFA in the fight for global soccer relevance.

At least, that appears to the be the thinking of the current administrators of the game in the Americas. There are dollar signs undoubledtly dancing in front of the eyes of stakeholders. Still, gvien the public stance that the Centenario was a one time special event, a new tournament is a surprise. Bloomberg’s Tariq Panja reports that continuing a joint tournament is likely. It’s also likely to get support.

It wouldn’t be the Copa America, or even replace that venerable tournament. Nor would it kill off CONCACAF’s own regional event, the Gold Cup. Instead, it’s a new quadrennial Pan-American tourney. One that already has projections that it could be worth a billion dollars.

So we have the competitive and financial motivations. We also have the Gold Cup. It may or may not move to a quaddrennial schedule. That’s good news for fans of competitive tournaments. The “off-year” version of the Gold Cup rarely fails to unimpress. It also makes the Confederations Cup playoff unnecessary.

Back to the money involved. For CONCACAF, a joint tournament increases the level of competiton. Games that count against South America’s elite might help emerging teams as much as the current elite. One of the recurring issues for CONCACAF nations looking to breakthrough at World Cup level is the strength of the region. World Cup qualifying in CONCACAF is hard, but that doesn’t impress the rest of the world.

Outside of the World Cup itself, CONCACAF nations have no measuring stick. When there’s nothing on the line, a win over Germany doesn’t do much for fostering progress.

We already knew that some in FIFA seem to favor merging the two confederations for World Cup qualifing. Thanks to Gianni Infantino’s now-approved plan to increase the number of teams at the World Cup finals to 48 starting in 2026, there exists a danger that CONMEBOL qualifying on its own would become essentially meaningless. If seven of the region’s ten teams reached the tournament each cycle, the process of playing out 20 games to determine them loses much of its luster.

Throwing CONCACAF into the mix and handing the Americas as a whole 14 spots would change the calculation. It would also force CONCACAF’s best teams to battle with South America’s second-tier for a spot in the World Cup. Again, like a Pan American tourney, such an increase importance of qualifiers game-to-game could force countries like Mexico and the United States to respond or risk missing out.

There are no guarantees that a Pan-American tournament would bring out the best squads everyone has to offer. The Copa America Centenario managed to avoid that problem for a number of reasons. In part because of the one-off nature of the competition and the stage on which it took place.

If the combined quadrennial tourney happens in the US (sometimes or all the time), the stage would be the same. But would CONMEBOL teams prioritize the tournament if the Copa America still exists and carries the more prestigious name?

CONCACAF and CONMEBOL want to create something that can rival the Euros. They want to keep the Americas in the race for the growing, but ever-more competitive world soccer market. It’s a goal that is at once logical and cynical. It’s also one that carries with it a host of potential complications.