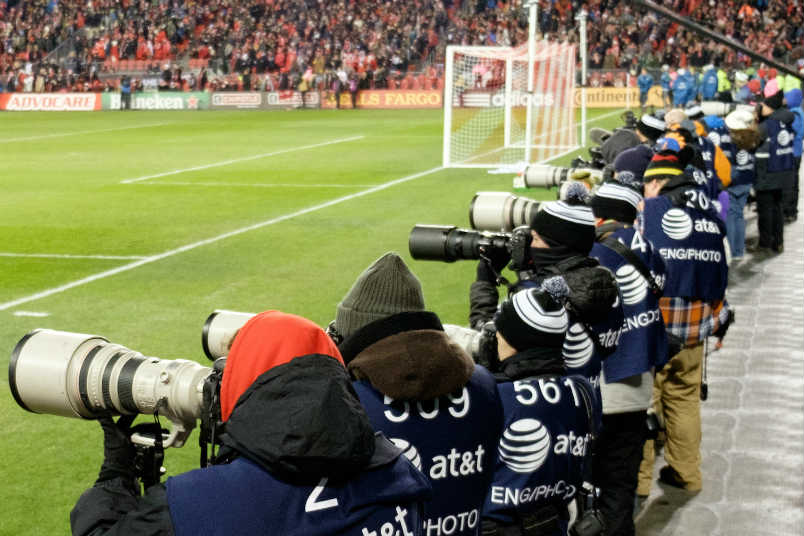 By Jason Davis – WASHINGTON, DC (Jan 4, 2016) US Soccer Players – 2017 arrives with a fresh twelve months of soccer events in front of us. This means there’s lots to look forward to seeing. The MLS SuperDraft (are we still calling it that?) comes first. Once camps open and teams actually hit the field, gamesfollow and competition returns. Whatever the resolution to the lower division chaos that has once again erupted in the American pyramid, there’s a reasonable expectation that a least two men’s pro leagues and a women’s pro league will play between now and the end of the year. People are going to write about, talk about, and broadcast those leagues.

It seems a good time to note that the business of covering soccer in the United States (and Canada) is an odd thing. This is still a young version of the professional sport. The popularity is increasing, but it’s not there. At least in media terms, where spending more on one thing means spending less on another. That means making decisions on the type, tenor, and scope of their coverage. It takes a significant risk to throw money and resources at the game when it’s not clear if doing so will provide a return. Even when outlets spend on soccer, they don’t always get it right.

Don’t mistake “coverage” with “reporting”. The former definitely includes the latter. However, there are many other ways of covering the sport that don’t have anything to do with digging up news or collecting post-game quotes. Quite often covering soccer means having people on the ground doing the work of reporting on it. We’re going to concern ourselves with the noisier business of discussion and analysis.

Even in 2017, there’s not a lot of options for that kind of coverage. American outlets are still working out how best to present the sport outside of the games. That normally falls into two categories. The short-hit segment that doesn’t give enough time. Or, porting over concepts from other soccer cultures that may or may not resonate here.

Provenance, language, and culture are all part of the problem connecting with audiences. Take, to name just one example, the lack of English-language coverage of the most popular league in the country. That’s Mexico’s Liga MX. While millions of fans consume that league in Spanish week-in and week-out, almost no coverage (and certainly no well-supported professionally produced coverage) exists. That shuts out the easiest way to grow that league in a market where they already have a significant presence. It almost seems too obvious, yet even major outlets haven’t had much success.

As far as gaps in coverage go, that one is hardly alone. Major League Soccer followed the examples of other major North American sports in producing its own content. However, those other sports can still rely on broader coverage. MLS can’t. It also wouldn’t be wrong to say that the league’s web efforts are only scratching the surface on what’s possible. Having smart, engaging people (though those two things don’t always go hand-in-hand) is fine. When the content exists only on the internet, it’s hard to know if it’s having any sort of cultural impact.

It’s true that viewing habits are changing. The ways sports fans consume anything that isn’t a game is trending more in the direction of digital media. Of course, this is where soccer coverage lives. While mainstream outlets in both TV and print were ignoring the sport, a vibrant (mostly fan-driven) underground grew and thrived. It’s only been in the last few years that corporate money has arrived to shift thinking about how soccer should and shouldn’t be covered. Despite the missteps made by the likes of ESPN, NBC, and Fox, they’ve done enough to effectively smother the independent voices that did yeoman’s work for almost two decades.

That’s not to say that corporate coverage is bad and independent outlets are good. It’s merely that the sport in America exists in a sort of odd limbo where the former isn’t yet up to the standards we should expect. The three companies listed above, plus a few more, dominate soccer coverage in the US. That means more people are getting paid to write and talk about soccer. That’s a good thing, even if the coverage is questionable.

None of these outlets, to name just one problem, are bastions of diversity. American soccer’s rep as a sport of suburban white kids notwithstanding, there needs to be more of an effort to include voices and personalities who don’t conform to that stereotype. Again, millions of Mexican-Americans live and die with the game. There are significant communities of every nameable minority unrepresented in soccer media.

Admittedly, that’s a lot for soccer media in America to tackle in 2017. The soccer issues aren’t happening in isolation. Depending on what yo read and who you listen to, we could be seeing a transformative media moment. TV’s influece certainly appears to be waning, but it’s cultural cache remains in place. It’s tough to predict the future, especially as it might apply to one part of the larger sports market. That doesn’t mean the current outlets should wait it out rather than trying to do better.