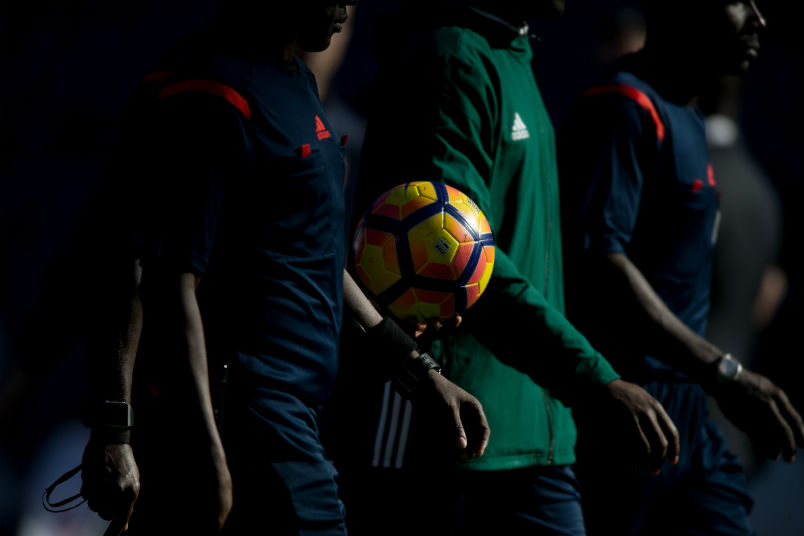 By J Hutcherson (Feb 7, 2017) US Soccer Players – In the era of the three-hour news cycle, it’s easy for things to get their dose of instant-punditry and quickly fade into the background. That seems to already be the case with FIFA technical director Marco van Basten’s outline for how to change soccer for the better.

For those with the shredded recall of the daily internet user, van Basten proposed a few things just last month. The headline grabbers were the original NASL/early MLS style shootouts, no offside, and penalty boxes. The quick response was about what you’d think. Though some took van Basten’s positions seriously and tried to work out what it might mean for a future version of soccer, others went right for the punchline. That’s how this normally works.

A few weeks later, and we had UEFA president Aleksander Ceferin dismissing the entirety of van Basten’s proposal, referring to some of it as “jokes”. At least with soccer, as goes Europe so goes the world. Without traction there, the van Basten technical revolution seems like an uphill slog that won’t be happening any time soon.

Is it even the same conversation as to whether or not this is good for the game? You don’t have to be for small, exceedingly local clubs over international brands to question whether or not money is good for the sport. The ever increasing amounts of money have led to some interesting choices from those in power at multiple levels. It’s only increased old tensions between clubs and countries, clubs and leagues, and bureaucracies and their major stakeholders. Add in the corruption, and there’s an argument that soccer lost its scale a long time ago.

There are versions of the game’s immediate future that might leave the rules intact, but would disrupt most everything else. The super clubs breaking away. Multi-country leagues forming to try to maintain some presence in the new order of things. FIFA and its confederations taking a back seat to how the elite clubs want to run world soccer. All while trying to make sure the money keeps flowing at appropriate levels.

Compared to that, a few van Basten style rules tweaks don’t seem quite as disruptive. They are, of course. Fundamentally altering the game is the definition of disruption. Switching from halves to quarters changes how coaches and players approach the game. So does losing players to the penalty box during the game. So does going without an offside flag waving play dead. It’s the same for the rest of the van Basten proposals.

Throw in unlimited substitutions while we’re at it. Maybe timeouts, coaches challenges, and other things to get to what UEFA’s president said directly. It would become something other than soccer. It begs the question “why?” as much as “why now?”.

For one thing, predicting the near future of sports isn’t soccer-specific. Pick one, and there’s probably a variant proposal trying to answer real issues. Whether or not these issues are problems is a different question, but the pushes to change are there.

When I was a kid, there was a push to raise the rim in the NBA from 10 to 11 feet. A little internet searching will show you that’s still a discussion topic. Regulating the fences in baseball sort of happened. Though they’re not uniform, they’re also not 490 feet to straightaway center like in the original Yankee Stadium. The designated hitter in baseball, fighting in the NHL, multiple rules every off-season in the NFL, the distance of the 3-point line or whether to have it at all in the NBA. And so on.

Keeping those in mind, the disruption might be acceptable if it makes the sport noticeably better. We’re not supposed to talk about team sports as another entertainment option on the TV schedule. It’s supposed to matter more than that. Meanwhile, that it matters is the main selling point for those ever-increasing TV rights fees. It’s one and the other right now, and short of a market correction that doesn’t look likely to change. With that on everybody in the business of soccer’s mind, why not consider if the game is the best possible product?