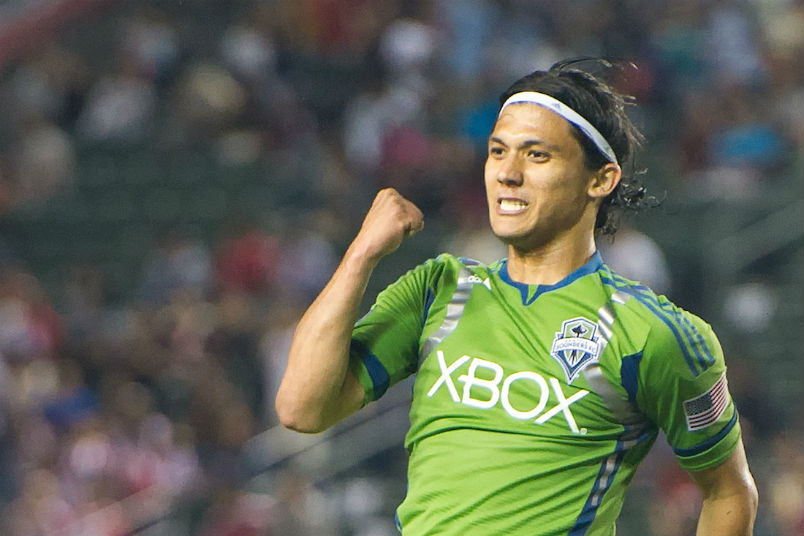 By Jason Davis – WASHINGTON, DC (Feb 15, 2017) US Soccer Players – Winter has been, oddly enough, a fruitful season for Major League Soccer. Teams around the league are adding talented players, quite often earlier in their career who might not have been attainable in years past. There are many reasons for the rising talent level of MLS, not the least of which are its rising profile and willingness to spend more money. Regardless of the whys, the competition is reaping the benefits.

A corollary to the influx of younger talent could be MLS ridding itself of its “retirement league” label. The league is clearly not done tapping famous names to help boost its profile. What’s changed is the ability to compete for some of South America’s bright under-30 middle class. That means the exciting news of Argentines, Uruguayans, et. al signing healthy contracts to make the move north. That naturally grabs the spotlight from the near-endless speculation about a host of aging European stars eyeing North American as a soft landing spot for one more big payday.

Just because MLS is shifting away from being a soft landing spot for some doesn’t mean there aren’t players who are still in a position to take advantage of the league’s approach to adding talent. There exists a subset of talent who will, at least for the foreseeable future, have the league as an option should their careers hit significant obstacles.

American players make up the bulk of this group. Both of the USMNT’s top goalkeepers have jumped to MLS in light of waning playing time abroad. Tim Howard joined the Colorado Rapids midway through the 2016 season and helped the club march to a surprise playoff appearance. Brad Guzan will follow Howard when he moves to Atlanta United later this season.

While Howard and Guzan might have had options elsewhere, it’s only natural that they would find themselves pulled back to MLS. Even if everything else was equal, they might have made the same decision. MLS is willing to pay more to re-recruit American players of a high profile, looking to benefit from the marketing possibilities as much as their play.

The situation for another pair of MLS-linked American players is slightly different. Neither Aron Johannsson nor Terrence Boyd have played in MLS. Neither is currently in the USMNT picture. The status of the two forwards outside of Bruce Arena’s player pool is mostly a result of their injuries impacting their ability to get on the field in Germany.

A nerve issue in his hip derailed Johannsson’s rapid rise from Denmark to the Netherlands to Germany’s top division. That’s limited his ability to contribute to Werder Bremen. Similarly, Boyd has seen his career hampered by time off the field recovering from a series of knee injuries. Still just 25, Boyd scored his first Bundesliga goal over the weekend.

That might be enough to cool the rumors of a link to MLS. The same could also happen with Johannssen should he win his fight for playing time with Werder Bremen. That’s business as usual at this level.

Still, it’s worth asking a basic question from an MLS perspective. Would either Boyd or Johannsson would be attractive to MLS clubs if it weren’t for their American backgrounds? In light of their injury histories, both represent real risks for any club interesting in signing them. There would likely be a premium involved to pull them away from Europe.

On the flip side, their Americanness comes into play not just as a means to market them, but also in the slot they’d fit into on the roster. Domestic players have increased value in MLS because it allows clubs more freedom to fit foreign players into the limited number of international slots available.

Unlike Howard or Clint Dempsey and Michael Bradley before him, Boyd and Johannsson wouldn’t command DP-level contracts. That, too, is a reason to try to entice them to MLS. Regardless of the premium it might take to pry them out of Europe, the league gets better with an increased level of American talent.

That extends to players who have connections to MLS but aren’t Americans themselves. Former Seattle Sounders star Fredy Montero left the league in 2014 after several excellent seasons in rave green. After moving to Seattle from Colombia in the Sounders’ first season, Montero’s travels took him to Portugal where he had bright moments with Sporting. With his time in China at an end, Montero is back in MLS as a member of he Vancouver Whitecaps.

Montero is certainly more inclined to sign with MLS because of his previous experience, but there’s more than that to the attraction. The Whitecaps get a player who knows the league and possesses a US green card. That means Montero wouldn’t take up an international slot, providing the Whitecaps with roster flexibility. That’s the game all MLS teams play.