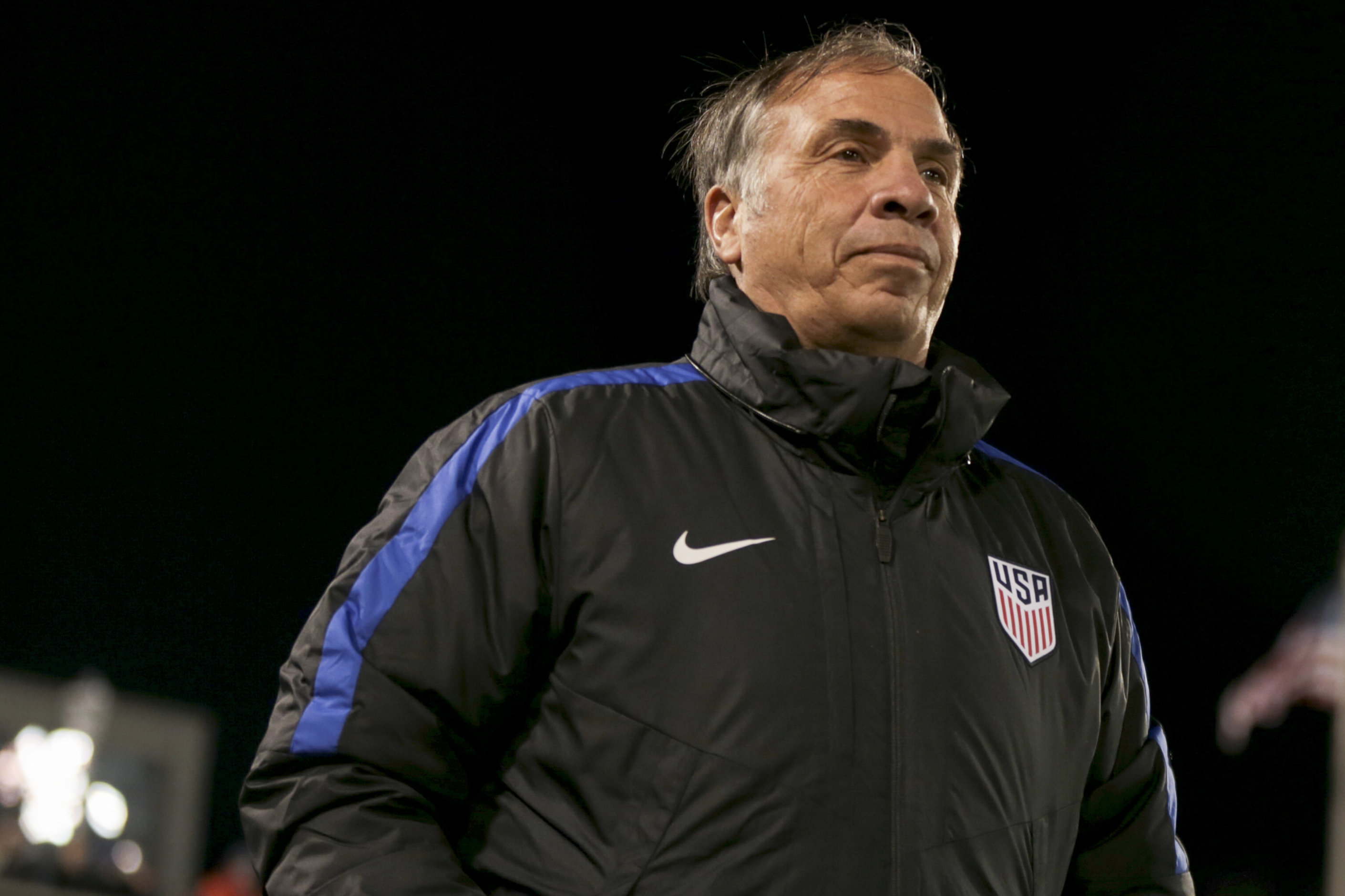 By Charles Boehm – WASHINGTON, DC (Mar 9, 2017) US Soccer Players – Don’t think old dogs can learn new tricks? Bruce Arena has been providing some evidence to the contrary since his return to the USMNT. Arena is continuing and even expanding on the communications outreach efforts of his predecessor Jurgen Klinsmann.

Arena spoke publicly not once but twice this week. He met with reporters in Northern California on the occasion of Tuesday’s CONCACAF Gold Cup group pairings announcement. Then he spoke directly to fans via a 17-minute Facebook Live chat the following day.

Perhaps more surprisingly, he made little attempt to play coy about the question of the moment: Which players he’s likely to call in for crucial World Cup qualifying matches vs Honduras (March 24) and at Panama (Mar 28). In fact, he even stated his intention to name the roster on or around March 15, several days earlier than what was the norm under Klinsmann.

So what’s percolating in the player pool at present? Here’s a rundown of Arena’s remarks.

Arena listed a Germany-based quintet of USMNTers who are playing regularly and well for their clubs: Fabian Johnson, Christian Pulisic, John Brooks, Timmy Chandler, and Bobby Wood. All five have been frequent starters for the National Team over the past year or so. With the exception of Chandler, suspended for March 24 but could still go to Panama, all look like leading contenders to do so again vs Honduras, should they report to camp healthy and fit.

“Chandler’s not eligible to play against Honduras because of a suspension, but the other players are doing well and we anticipate that there’s a very good chance that they’re going to be part of our roster for the World Cup qualifying matches,” said Arena.

In typical circumstances Geoff Cameron, Clint Dempsey, Tim Howard, and DeAndre Yedlin would probably fall into the above group. All four are at varying stages of return to full speed after lengthy injury issues. That forces the US staff to watch and wait over the next few weekends of club action.

Cameron has played in two matches for Stoke City this week after missing several months with a nagging knee issue. Dempsey played a full 90 minutes, and scored, for the Seattle Sounders in their 2017 season opener on Saturday. He sat out the back half of 2016 due to an irregular heartbeat.

Howard has been rebuilding his fitness after the surgery to repair the season-ending groin injury he suffered in the loss to Mexico on November 11. He says he could play for the Colorado Rapids this weekend but did not suit up for their opener. Yedlin is in the most troublesome position of the group, having sustained what his Newcastle United manager Rafa Benitez called “a knock, maybe a small tear” in his thigh after the Magpies’ match on Monday. The marauding fullback will miss a week or two of action, putting his availability for the US in real jeopardy.

Arena is preaching conservatism first and foremost, especially with Dempsey and Howard. He makes clear that all four are in the mix if they prove they’re healthy.

“I think with Clint we need to be cautious with our approach,” said the coach. “I’m going to follow him again this weekend and really see where he’s at physically, if he’s getting a little bit sharper, if he’s in creating his workload on the field…. We want to be smart about Clint and make sure that he’s ready to play international soccer. The next two weekends are going to be very important…. But I’m confident that he’ll be part of the national team at some point in 2017.”

Arena wants to get the versatile Fabian Johnson closer to the opposition’s goal.

“My thoughts on Fabian [are] simply this: He plays on a regular basis as a left-sided midfielder at Monchengladbach, and if we can, we want to play Fabian in the midfield,” he said. “So that’s obviously one of our goals in 2017, is to find a position for him and allow him to play it on a consistent basis.”

So what does that mean for the perennially troublesome left corner? He reeled off his other fullback options with little hesitation when asked on Wednesday. Jorge Villafana, Greg Garza, and DaMarcus Beasley are all fresh in Arena’s mind after their work in January camp, while he considers Tim Ream, Matt Besler and Eric Lichaj worthy choices as well.

Depending on Yedlin’s status, Lichaj, Cameron, converted midfielder Graham Zusi, or even a center back like Steve Birnbaum could fill in at right back.

We’ve already mentioned Howard’s tenuous situation. If he can’t prove his readiness to start in goal, a battle between Brad Guzan and Nick Rimando could take shape, with David Bingham and Luis Robles a step behind.

“Clearly I think Nick had a little bit of an edge [over fellow January campers Bingham and Robles] and he’s a possibility for our roster in March,” said Arena.

The identity of his MLS-based call-ups was perhaps the only area in which Arena was cagey. It’s probably a simple matter of numbers – he ran the rule in detail over some two dozen MLSers barely a month ago. The roster for the Serbia and Jamaica friendlies points to his leading contenders.

It shouldn’t surprise anybody that Arena wants to factor this weekend’s club action in to his final calls. He plans to attend Saturday night’s Sporting Kansas City vs FC Dallas match in person. His staff will be doing match evaluations of MLS, Liga MX, and European games.

Klinsmann usually went to great lengths to avoid announcing his US rosters until the end of the weekend before a camp convened, mostly to avoid having to publicly backtrack on selections following injuries in that round of club matches. Arena seems to have set aside that particular quirk.

“The next two weekends are going to be critically important, both in Major League Soccer and for our players playing abroad,” he said. “So we will finalize a roster and hopefully announce it somewhere around March 15. Obviously the last weekend before our team reports, the weekend of March 18, 19 and 20 will be the deciding competitions for our players aboard, and we may have to make some last-minute decisions on our roster.”