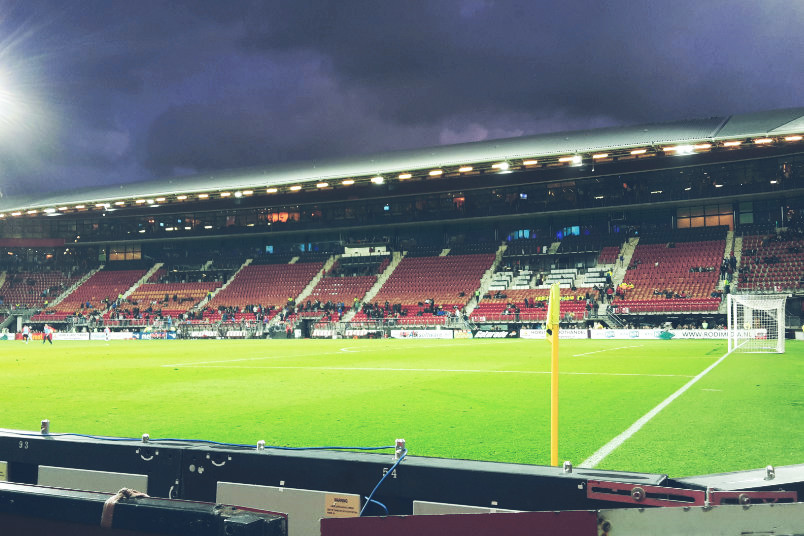 By J Hutcherson (Mar 10, 2017) US Soccer Players – If you pay enough attention to European soccer, there’s the feeling that they’re as surprised as anyone the game is so popular. Take any league or any tournament, and the growth charts in a way that wasn’t predictable. Those in charge don’t do themselves any favors with their plans to make things even better.

There’s not a lot of vision in more, more, more. It’s almost as if those in charge are taking advantage of a situation.

How long the good times might last has been an ongoing conversation since I started working in soccer in the late-90s. Back then, every couple of months one of the British soccer magazines would ask when it was all going to come crashing down. The latest Super League rumors. The clubs heading towards financial insolvency for spending too much to compete. The state of the smaller clubs.

When things did go wrong, it was almost therapeutic. FIFA and its marketing arm in 2001. The ITV collapse in Britain a year later. The once mighty European powers watching their domestic leagues and their status erode. None of it stopped the wider game from growing. People kept coming, kept watching, and kept spending.

We’re now into another generation of executives who have only known those good times. Even the recent FIFA corruption crisis didn’t endanger the product. There’s the perception that nothing will fundamentally disrupt European soccer as long as the games go on as scheduled. That creates a situation where even organizations that struggle with staying out of their own way will succeed. How can they not?

Expanding a competition is giving the people what they want. If some of those people complain, they’re just a subset of that massive fan base watching these games. Inconveniencing the few for the sake of the TV audience is nothing new in European sports. It’s why club schedules are subject to change and Champions League and Europa League games regularly start at 9pm on weeknights in Europe.

There’s always some other market segment to focus on, to justify questionable decisions. The market not only bares that, it encourages it. What it would look like to take European soccer that half step too far is still an open question. We’ve seen organizations and leagues creep close, but none of them have gone and done it.

It’s tough to say when that changes. That’s playing the kind of prediction game that had those old glossy British monthly magazines forecasting the super league and the death of our game as we knew it. Most of those magazines are long gone. That their vision for the near future never played out might surprise even the biggest boosters for the game moving up and up back in the day. At some point, there had to be what our Silicon Valley pals like to refer to as disruption, right?

So far, not so much. The main disruption for the game as we knew it is coming up with ways to create more inventory. Expanded tournaments, new tournaments, the summer touring schedule. All of this creates more games to sell all around the world. Most of the time, it works. That’s why even tournaments nobody seems to particularly care for stay on the schedule.

When this system passes clubs and entire leagues by, there’s always something else to take that focus. That’s what having so much available inventory means. Turn on American cable television on any day, much less on the weekend, and you’ve got your pick. Most of the time, that doesn’t even require paying for a special sports tier. It’s the same around the world, with the glut of soccer programming mostly from Europe slotting in alongside domestic sports.

If there’s such a thing as too much, we haven’t reached the point where it’s costing Europe money. There’s no broad downturn in domestic or overseas rights fees. There’s no horizon line where we can see things changing. Predict all you want about sports rights bubbles, cord cutters, and the end of networks paying leagues and organizations huge fees, it hasn’t happened. It might not happen.

That’s the game European soccer plays. It’s not that they’re the best in the business. It’s that they’re the best in letting others value their business. The money pours in because it’s accepted that this is the best option. It’s clear that it’s going to be those businesses letting European soccer know when things change. That’s not much different than the scenario facing sports around the globe with their TV rights deals.

Can European soccer absorb a marketplace that decides their product isn’t worth what they expect? That depends on how much we’re talking about. Should a true disruption in sports rights happen, it’s not going to just be soccer looking for answers. Back in 2002, ITV’s deal with England’s lower divisions went away unexpectedly. The prediction was the loss of that revenue would drive multiple teams into administration. That didn’t happen, in part because there was money in other parts of the game. In part because the game quickly adjusted around these teams losing that revenue stream. Timing here would work in European soccer’s favor. There’s enough money in the sport to pay for the time needed to adjust.

What isn’t as clear is what really happens if a group of clubs decide that they’ve had it with their organizations. From UEFA down through their leagues, these clubs see a future where they take the pie, never mind the size of the slice. Mentioning the Super League in 2017 seems like leaning on an old cliche, a horror story for a previous generation of soccer administrators. It still looms over European soccer because it still makes so much sense. It’s the biggest disruption the sport can face from within. At some point, it becomes unavoidable.