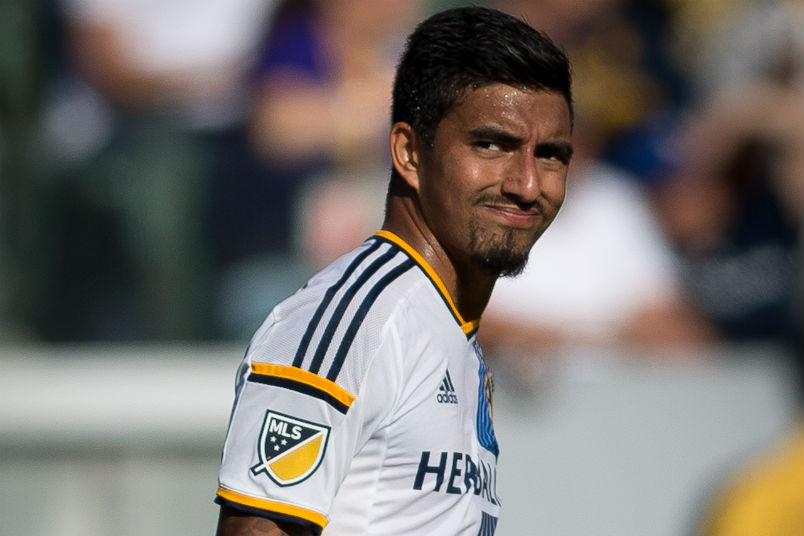 By Clemente Lisi – NEW YORK, NY (Mar 6, 2017) US Soccer Players – There are many players around the world who have made playing for one club a hallmark of their careers. Scores of others have played for several clubs, but have become synonyms with one of them. Take Landon Donovan. He began his MLS career with the San Jose Earthquakes and two stints with Everton, but identifies easiest as a member of the LA Galaxy. Real Salt Lake’s Nick Rimando and Kyle Beckerman will forever be part of the Utah club. Rimando might have played with the Fusion and DC United, but think of him and you’re probably thinking RSL. That’s the idea.

Major League Soccer is a place where player movement is frequent. Still, some players have come to symbolize one club even after they have played for a few of them here or abroad. As the past off season has shown, even those players who were synonyms with a single team aren’t immune to trades. MLS clubs look to improve themselves while negotiating their salary caps and Targeted Allocation Money, and we now know that very little is out of bounds.

This past winter saw a number of unexpected moves –and some of them involved players no one ever expected would change jersey in 2017. Here’s a look at the five biggest surprise player moves for 2017.

The soap opera that played out during a stretch of the winter involved New York Red Bulls captain Dax McCarty. His move to the Chicago Fire shocked him and left his teammates and fans equally stunned. It had been a big surprise back in June 2011 when New York traded away Dwayne DeRosorio to DC United for McCarty. In 2012, McCarty had a breakout season and soon became a fan favorite. It even caused then-Sporting Director Andy Roxburgh to declare the defensive midfielder the “heart and soul of the team.”

New York’s rise as one of the strongest teams in the Eastern Conference had a lot to do with McCarty’s gritty performances and leadership. In March 2015, he became team captain. It looked as if he wasn’t ever going to leave. Dealing him to Chicago (in exchange for $400,000 in allocation money) will be a boon for the Fire. McCarty looked at home this past Saturday for the Fire in its 1-1 versus the Columbus Crew.

The Red Bulls, meanwhile, plan to utilize Sean Davis – part of a larger effort to use younger talent – in the holding midfielder position. Davis has large shoes to fill on the field and in the hearts of those in the Red Bull Arena stands.

After spending six seasons with the Fire and trying to live up to comparisons to Tim Howard, Johnson moved in December to expansion side Atlanta FC in exchange for allocation money. That didn’t last long. Within hours of that December 11 announcement, New York City FC acquired the 27-year-old Johnson.

NYCFC hopes to resolve its defensive issues after giving up the most goals of any team that made the playoffs last season. Overall, the Bronx-based club has done very little to bolster its defense. It will take more than Johnson – or whoever ends up being NYCFC’s starter this season – to shore up a backline that is likely to give up many goals in 2017.

Johnson could be the player that offers NYCFC such security in the back. With questions over his ball distribution and that leaky defense in front of him largely unchanged from last season, it’s a heavy ask. Johnson started his NYCFC run on the wrong side of a 1-0 shutout at Orlando City.

The towering striker had been a mainstay in the Houston Dynamo frontline since 2011, drafted by the team that year. Bruin became an instant fan favorite, scoring 46 goals during his first five seasons – the sixth-most in the league during that span – and looked as if he’s spend his entire career in Texas. Despite that, Houston was slumping and Bruin has grown increasingly frustrated as a result.

His move to MLS Cup champions Seattle this winter allows both sides to potentially benefit. While Bruin was not in Houston’s rebuilding plan, he will likely be very useful as Seattle attempts to repeat as champion.

The Sounders do have plenty of offensive weapons – in addition to Clint Dempsey returning this season – but that doesn’t mean he won’t be an option as the season progresses.

Like McCarty, DeLaGarza was a player no one imagined would ever leave. He had become one of the Galaxy’s most-visible players in recent years. Always open to signing autographs or posing with fans after practice, the defender had played with the Galaxy his entire career joining the club through the SuperDraft in 2009. He was teammates with Landon Donovan and Robbie Keane. He lived through the David Beckham era on his way to winning three MLS Cupsand two LA Defender of the Year awards.

After eight seasons, and the departure of Bruce Arena who took on the National Team coaching job, the rebuilding Galaxy let DeLaGarza go in January. They traded him to Houston in exchange for $125,000 in general allocation money and $50,000 in TAM.

He will now guard the backline for the Dynamo, a team in desperate need of a player with DeLaGarza’s experience if it wants to make the postseason.

The 27-year-old Shea signed with the then-expansion Orlando City SC in 2015 after three years in England, most notably with Stoke City. He soon became one of the team’s most recognizable players. Shea had a great first season with Orlando, moving from his winger position to left back and later midfield. Orlando as a team did not have much success and Shea battled injuries last season.

His resurgence will have to take place at BC Place. The Vancouver Whitecaps traded for Shea at the end of last month (in exchange for midfielder Giles Barnes) in one of the most-baffling preseason moves.

Shea made his Whitecaps debut last week in the CONCACAF Champions League quarterfinal win over the Red Bulls. He hopes to delight fans in Canada much like he did in his days as a member of FC Dallas years ago.