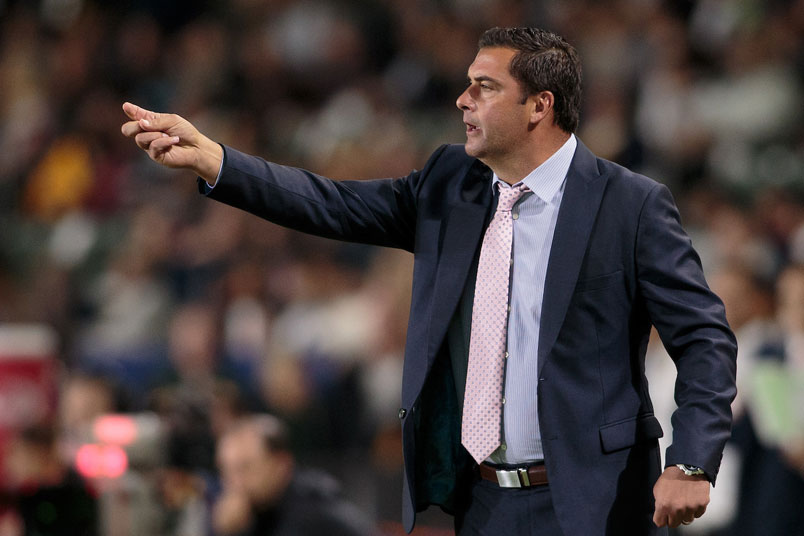 By J Hutcherson (Mar 21, 2017) US Soccer Players – Real Salt Lake decided it was time for a coaching change three weeks into the 2017 MLS season. The international break had barely started when RSL announced the club had dismissed Jeff Cassar. Credit the management with using “dismisses” rather than “parted ways”, since the scenario is almost always the club telling the coach it’s time for him to go. Otherwise? It’s week three.

MLS pundits will tell you that Cassar even getting a contract extension was a surprise. That it was for only a year kept him in a tough situation. RSL wants to be thought of among the league’s elite teams, but it’s a dated idea given their recent history. Real Salt Lake was certainly once among the league’s elite teams, but the investor/operator and coach that got them there both left awhile ago.

“At the conclusion of last season, we felt that while we were disappointed in the end result, Jeff had done enough to earn another shot to lead the team in the 2017 campaign,” RSL general manager Craig Waibel said in a press statement. “We have a high sense of urgency for progress this season, and have made many off-season changes towards that endeavor. So, while these decisions are always difficult, we, as an organization, felt that it was necessary to make the change in our head coaching position now. The process for a hiring new head coach to lead the club has already begun. We will work quickly and diligently to ensure that we find the right leader that shares our values, passion, commitment and vision.”

Well sure, who doesn’t in this league? Take MLS paritiy however you want, but in the big picture it creates a situation where the floor is pushing up every season. The ceiling used to be making the playoffs, something that’s not much of an accomplishment in these days of expansion. Now, it’s making MLS Cup. That moves success from a dozen teams to two.

For the good of the league, it’s about time. Coaching speak wasted seasons deciding for themselves that subbing in “playoffs” for “success” in “this league” was good enough. After all, at least they were getting a game that counts after the regular season ended. Plenty of teams – well, at least eight of them – couldn’t even say that. With the playoffs as the line between success and failure, it was an easy point to make.

Perhaps inadvertently, MLS messed that up for all of them. The knockout round didn’t feel like the same success as making the playoffs proper. It was the no-prize for the club getting that one extra game and losing. Extending a season by all of 90 minutes wasn’t enough. It didn’t feel the same as losing a proper playoff series, even if the knockout winner made it all the way to the final.

That was the RSL scenario last season. Finishing 6th in the West certainly counted. They were two points better than the defending champions. What they weren’t was a match for the 3rd-place team. The LA Galaxy spent the better part of the 2016 season dealing with their own issues. That didn’t include RSL in the playoffs, knocking them out 3-1.

It didn’t take any advanced stats to know that the pressure only increased on Real Salt Lake this off-season. MLS is a league that an leave very good teams behind. It’s an operation that’s not much for nostalgia when it comes to the branch offices. Real Salt Lake was once a hallmark for the league. Now, they have other places to point to as exactly what Major League Soccer gets right. Winning back the league’s affections means winning. That might seem over-simplistic, but that’s the business.

So why draw attention now? It seems ridiculous to look at the table after three games. This is the league of the four game losing streak, something that seems to happen to even the strong teams over the course of the season. Better to get it out of the way now, since there’s enough evidence that teams can shake off the losses. RSL’s decision that it’s better to switch things up now than wait for the summer is certainly an interesting choice.

It might put pressure on a squad that needs it. It might create additional problems that wouldn’t have emerged until later in the season. What it can’t do in theory is answer the question that put so much pressure on this club so early. Can it get any worse?