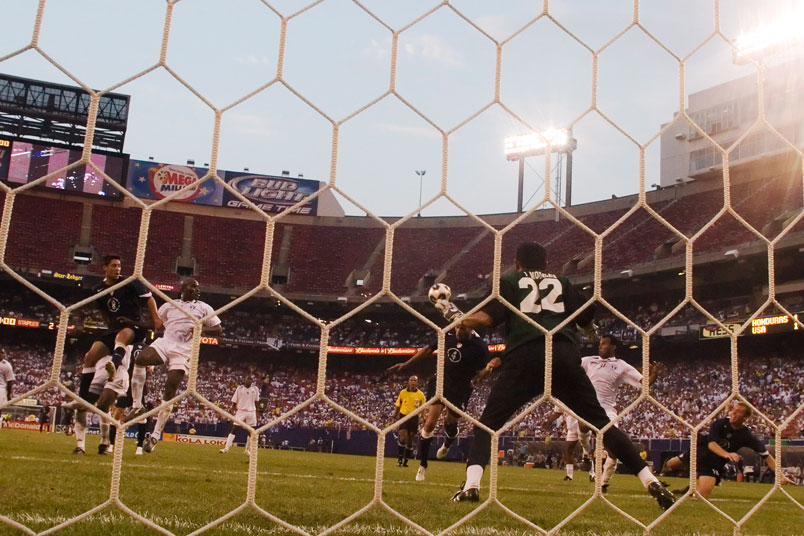 By Clemente Lisi – NEW YORK, NY (Mar 20, 2017) US Soccer Players – The USMNT is no stranger when it comes to playing in must-win games. From the first round of the World Cup to the Gold Cup knockout stages and Hexagonal tournaments in between, the USMNT has found ways to win. It will need to channel some of those past victories when it plays Honduras on Friday evening at Avaya Stadium in San Jose.

The game represents a must-win like no previous Hexagonal match in USMNT history. Starting the final round of World Cup Qualifying in a 0-2 hole has a way of putting a team’s back to the wall. The Americans have often played best in this situation and coach Bruce Arena, who replaced Jurgen Klinsmann after that poor start, has enough talent and depth to #Get3 – as the US Soccer hashtag invokes – and chart a course to the 2018 World Cup.

The Americans are familiar with Los Catrachos. The US has played Honduras numerous times in recent years, primarily at the Gold Cup. Furthermore, Honduras have called up six players with either part of present ties to MLS – another plus given Arena’s experience in the league – including Sporting Kansas City midfielder Roger Espinoza and Houston Dynamo forward Boniek Garcia.

“They have good attacking players, very solid defensively – at times they play with five at the back – and will make it difficult on us,” Arena said on Facebook last week when asked to size up his upcoming opponents. “I would think they’ll have a road mentality because they’re sitting there with three points and they’d like to steal a point on the road. So they’ll come in here and be pretty conservative and counterattack with the kind of speed they have going forward. It’s going to be challenging for us.”

The US and Honduras have met eight times in World Cup Qualifying. The Americans hold the edge in that series with an all-time record of 5-2-1. Most notably, the USMNT is 2-1-0 at home in those games. Despite the great record, the US-Honduras series is strewn with cautionary tales. Above all is the 3-2 loss at RFK Stadium in Washington, DC in 2001 with Arena pacing the sidelines. That ended the team’s 19-game unbeaten World Cup Qualifying home streak that had dated back to 1985.

Overall, the USMNT has a positive home record versus Honduras. Here are the five times the United States, playing at home, defeated Honduras:

Although this game officially counts as a draw (it ended 0-0 after extra time), the Americans prevailed 4-3 in the shootout to win its first Gold Cup before 41,103 fans at LA Coliseum. It took stamina, luck and eight exhilarating rounds (with defender Fernando Clavijo netting the winning kick) on that July 7 evening before team captain Peter Vermes could lift the trophy.

Coming off an equally-stunning 2-0 victory versus Mexico in the semifinals, the title helped put the team on the world soccer map. It also led the USMNT to chart a course to success that lasted throughout the decade and endures to this day. Following a 0-3 showing at the World Cup in Italy the previous year, the Americans – now coached by Bora Milutinovic – set forth on a mission of attain success. The goal was to get better ahead of the 1994 World Cup on home soil. The lineup that evening, loaded with talented players like Paul Caligiuri and Eric Wynalda, would do just that three years later.

“Going into this tournament, we weren’t the top favorites,” Caliguiri said after the game. “But our will and our desire carried us through, and we deserved the victory.”

The USMNT defeated Honduras in a thrilling affair, 2-1, after Oguchi Onyewu scored the game-winner in the second minute of stoppage time. The Americans had been down 1-0 since the 30th minute of the first half, but managed to score twice in a six-minute span.

Brian O’Brien scored in the 86th minute to level the score, but it was Onyewu’s goal that sent the 41,721 fans at Giants Stadium in suburban New York on July 21 into ecstasy. It marked Onyewu’s first-ever US goal, scored on a diving header that hit the underside of the crossbar. The team, coached by Arena, found a way to win, never giving up on the game and attempting to create chances even when hope appeared lost. The day before the game, FIFA’s rankings put the USA at #6 in the world. On that night, they definitely played like it. The US would go on to win the Gold Cup against Panama via a shootout.

“We needed to get (Onyewu) into the mix,” Arena told reporters after the game, one he exited early after arguing a call. “Every time we’ve given him these opportunities, he’s taken advantage of them.”

The June 6, 2009 game in Chicago was again an uphill fight that saw the Americans ultimately prevail. Down after just five minutes, the USMNT rallied, 2-1, before 55,647 fans at Soldier Field. Despite what appeared to be a mostly pro-Honduran crowd, the Americans got out of a hole. Another reminder that the USMNT has often had to battle boos and jeers of fans even when playing at home.

Landon Donovan, playing as a midfielder that day, put away a penalty kick right before halftime – then setup the winner for defender Carlos Bocanegra in the 68th minute on a diving header. It was Donovan’s cross that allowed Clint Dempsey, positioned at the far post, to head in Bocanegra’s direction for the winning goal.

“It means a great deal to the team when Landon is active physically,” Bob Bradley told reporters at the post-game news conference. “He really pushed when he had chances with the ball, and he can still step back and make great passes.”

Just seven weeks after defeating Honduras in the Hexagonal, the Americans did it again at Soldier Field on July 23. The 2-0 victory on July 23 was more emphatic that it had been in World Cup Qualifying and catapulted the Americans to the Gold Cup final. The Americans would lose to Mexico 5-0 in the final.

The USMNT won the game on goals from defender Clarence Goodson and striker Kenny Cooper, much to the delight of the 55,173 fans in attendance. For Goodson, it marked his first goal in a US jersey. Since the Gold Cup had come on the heels of the Confederations Cup (where it had finished runners-up to Brazil), Bradley called up a mostly “B” team of MLS-based players for the Gold Cup.

“It’s obviously an honor every time you get to put the shirt on,” Goodson said at the time. “So you want to do your best regardless of the situation, regardless of how well the boys did in the Confederations Cup.”

The last time the Americans hosted Honduras during the Hex it was win for the USMNT. The June 18, 2013 game played at Rio Tinto Stadium in Sandy, Utah, saw the US come out with a 1-0 result before a sellout crowd of 20,250.

Jozy Altidore scored the game-winner in the 74th minute, putting Klinmann’s men within reach of a spot at Brazil 2014. The goal was the fourth consecutive time Altidore had scored in an official US game. That tied him for the USMNT record alongside Landon Donovan, Eddie Johnson, Brian McBride, Eric Wynalda, and William Looby.

“(Honduras) made it difficult on us,” Altidore said. “They were good defensively and they took time off of the clock with their antics. I think it took us out of our rhythm.”

The lineup that day also featured goalkeeper Tim Howard, Michael Bradley, Graham Zusi, and Clint Dempsey, players also called up by Arena for this week’s match. It will be up to Altidore and his teammates to once again find that right rhythm in order to get a result versus Honduras and keep the US’s Russia 2018 hopes alive in what has increasingly become one of the most competitive Hexagonals in recent memory.