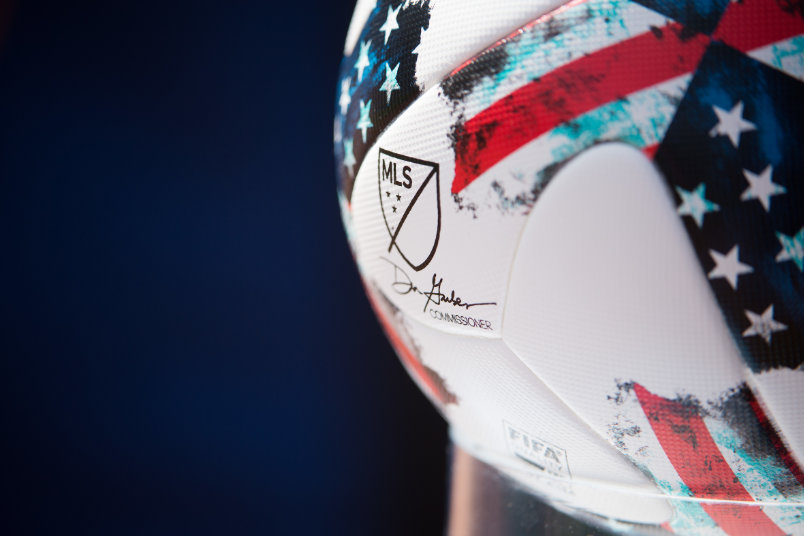 By J Hutcherson (Mar 13, 2017) US Soccer Players – It’s tough in professional club soccer, especially in North America. Nobody is turning off Major League Baseball because the Japanese, Korean, Mexican, or Dominican league is so much better. Nobody is choosing the Kontinental Hockey League over the National Hockey League. It’s not even a slight concern, much less a worry. Meanwhile, it’s different in soccer.

MLS can’t avoid the direct comparisons to everywhere else. There’s so much availability, so much awareness in North America of what’s happening in other leagues in other countries. “Professional soccer fan” doesn’t mean “MLS fan”, an issue in promoting Major League Soccer that’s only gotten worse.

1996 was long enough ago that it predated the rise in soccer coverage in the US. Back then, watching European soccer in the US usually meant roundup shows, Match of the Day knockoffs on late night regional sports networks, and pay-per-view. Even Mexican club soccer was only on the major networks your metro area happened to carry. Lots of high profile games happened in other parts of the world with not much of a chance to see them here.

That changed on cable, it changed through streaming video, and now it’s blanket competition for interest in this country. Everybody in world soccer has a stake. All need the ratings that justify the rights fees. Very few get them.

A top down look at the market for pro soccer in the United States tells a familiar story. We know Liga MX is the market leader. We know the Premier League and the Champions League do the best in the ratings. We know the audience has choices, both soccer-specific and in general.

MLS commissioner Don Garber discussed this at a meeting with reporters at halftime of the Houston Dynamo vs Columbus Crew game. He was responding to a question about expansion, but that quickly became a discussion of competition.

“(I)t speaks to the unique structure that we have,” Garber said*. “It didn’t just come out of air, it came out of years of planning and strategic analysis of what did we need to do to have our league and our clubs, in essence, be more competitive. Referentially, to even our closest neighbor, Liga MX. As we continue to play in Champions League, and struggle, and have struggled over the last number of years, we’re kind of taking a step back and saying, ‘What do we need to do to not just be competitive, but hopefully win the Champions League, to go to the World Club Championship, have one of our clubs play against Real Madrid, or Barcelona, play against a Manchester United.”

Garber isn’t under any illusions, and neither is anybody else. Competitiveness requires spending on the right players. Something he moved to in explaining how MLS gets better.

“(T)he solution to that challenge is threefold,” he continued. “It will be investing more deeply in our academy programs, and in our homegrown players, and building the pyramid from the bottom. It will continue to be investment at the top, designated players, those are all getting much younger as the average age of the DP’s who came in this off season was twenty-six, almost twenty-seven years old. And then, very importantly, investing in the middle of the roster, which is what (Targeted Allocation Money) allows us to do very effectively. Giving our teams the flexibility and the financial resources to go out and use money to be able to get players four through eight to be better. It’s a program we’re proud of so far, it’s in its early phases, I think it’ll continue to see more investment in the years to come.”

We’ll forgive Garber from leaning on “and watch us grow”. The league and its clubs would certainly argue that they’re competitive in the global transfer market for the players they want. We’re seeing less pressure on those players to ask their current clubs to agree to a free transfer. MLS is no longer just a selling league, but the way they buy and how they spend probably wouldn’t impress even mid-tier European clubs.

It’s worth pointing out that the way Liga MX clubs buy and how they spend probably wouldn’t impress those mid-tier European clubs either. Liga MX is conservative by European standards, moving players around its league internally as much as they bring them in from outside. They’re not usually in the bidding for the big name foreign players or even the mid-tier players. How that compares to MLS is an open question.

MLS has no choice but to target Liga MX. They’re the direct competition, drawing more fans in the United States and beating MLS clubs head-to-head. The CONCACAF Champions League may have its flaws, but it’s the direct comparison that’s unavoidable for MLS.

That’s not step one for MLS. It’s not pushing past Liga MX as the biggest league in CONCACAF and winning the resulting ratings war. At least not without dealing with the European question. The European leagues don’t outdraw Liga MX. Some of them, like the Bundesliga, struggle in the US market. Others, like the Premier League, benefit from blanket coverage but still may not be drawing the numbers to justify the programming.

Do those leagues create the ladder for MLS to climb the popularity table? That certainly doesn’t flatter those leagues, but it might be closer to the MLS reality. What MLS needs is to stress a ratings win. More Americans are watching us than that, and promote accordingly. What matters here are the ratings, driving everything else. It doesn’t make a lot of sense to target the top when there are so many options between Major League Soccer and Liga MX.