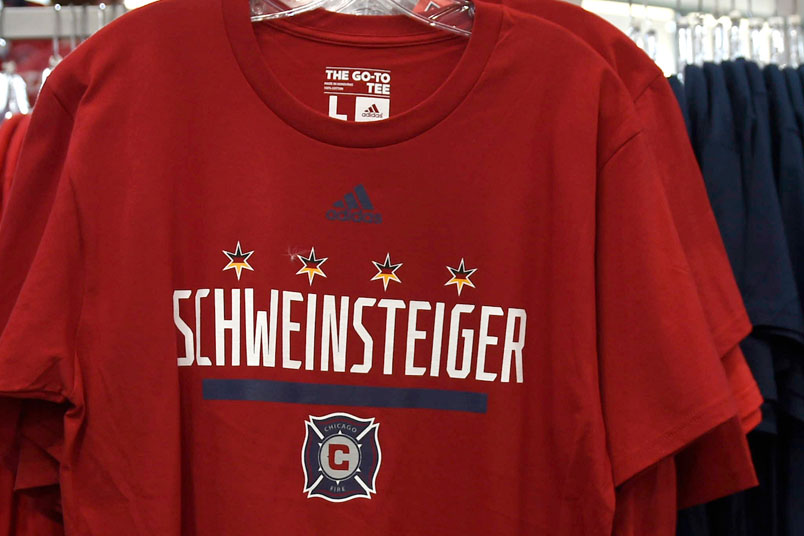 By Clemente Lisi – NEW YORK, NY (Apr 10, 2017) US Soccer Players – It was a decade ago that David Beckham left Real Madrid and signed with the Los Angeles Galaxy, ushering in the era of the Designated Player for MLS. The move shown a global spotlight on Major League Soccer at the time, while sparking a surge in jersey sales and unprecedented growth in attendance. Everywhere the Galaxy played, fans gobbled up tickets in an effort to see him. Both Los Angeles and the league enjoyed a bounce.

Beckham’s arrival led to the signings of other stars. Thierry Henry, Robbie Keane, and Tim Cahill came to MLS to varying degrees of success. Keane teamed up with Beckham and Landon Donovan and made the Galaxy to team to beat for several years. Henry and Cahill improved the fortunes of the New York Red Bulls, but were unable to win an MLS Cup.

These days, teams no longer purchase foreign players for marketing purposes. They have to serve a dual purpose. While selling jerseys and tickets helps a team, it’s ultimately all about putting a winning product on the field. Atlanta United FC is a prime example. The expansion team signed three DPs (all in their 20s) in the hopes of making a splash this season. No longer are MLS clubs seeking players over the age of 30. Instead, MLS teams want to acquire players still in their prime – like Toronto FC did in 2015 with Sebastian Giovinco –committed to the league. That was the turning point for what the “Beckham Rule” meant for most clubs. Giovinco, the reigning MLS MVP, got Toronto to MLS Cup last year.

Most MLS teams have seemingly lost patience following the recent arrivals, and quick departures, of older players like Didier Drogba, Frank Lampard, and Steven Gerrard. MLS doesn’t want the label of a “retirement league” for aging European-based players. These days, teams are more likely to take a chance.

In 2008, the average age of a DP was 33.5. It reached its youngest point – an average of 27.6 – at the start of the 2017 season. Although players like David Villa and Kaka are the DP exception rather than the rule, the recent signing of German midfielder Bastian Schweinsteiger by the Chicago Fire did raise eyebrows.

For one, it bucked the 2017 trend. Atlanta FC signed three players to DP contracts (Josef Martinez, Miquel Almiron, and Hector Villalba) this year. The South American trio has brought both creativity and offensive firepower to the team early on in the season. The buzz these players brought to the club have made them early favorites to make the playoffs.

The outlier here, of course, is the recent signing of Schweinsteiger. At age 32, he’s about four years older than the average DP. That puts him more in a class with Villa and Kaka than Almiron or Villalba. Schweinsteiger, however, is the one now getting all the attention. He is a familiar name to American audiences who watched the World Cup and a player who has won trophies for both club and country in the past. The media hype machine has been in full mode. Schweinsteiger hasn’t disappointed, scoring in his debut two weeks ago. The aim is getting a team that finished at the bottom of the Eastern Conference the past two years to the postseason.

Fire General Manager Nelson Rodriguez justified the Schweinsteiger signing, saying the team needed “to hold ourselves to a higher standard, an accountability level. Previously, I think we could satisfy ourselves with what is known domestically. Now we need to rise to a standard that is set more internationally.”

Translation: We needed a bold face name to give us some attention and hopefully get us results.

This yearning to go abroad to sign a player – and in particular a bold face name – remains part of an old way of thinking. While Atlanta United took a page from Toronto and the Giovonco signing, Chicago went with a player who has had international success but couldn’t get playing time at his club Manchester United.

Should Chicago climb up the standings and make the playoffs, his signing becomes a great move. Should the Fire finish near the bottom of the table, then it’s something else. It all really depends on Schweinsteiger. Does the World Cup winner consider MLS a “retirement league” or a place where he still needs to prove that he can achieve success?

He’s saying all the right things.

It’s up to the Fire and Schweinsteiger to prove that having an aging European star in the lineup is better than a foreigner in his prime. After all, this is MLS. It’s a league where no template seems to matter when it comes to the rigors and unpredictability of the postseason. It’s now up to Schweinsteiger to buck the trend and live up to the hype.