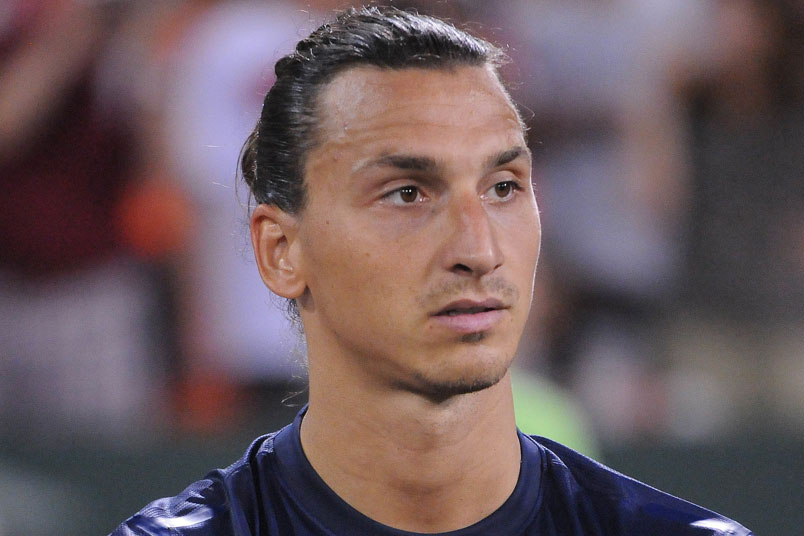 By Jason Davis – WASHINGTON, DC (Apr 7, 2017) US Soccer Players – Let’s start with what we know. Nothing indicates an imminent MLS arrival for Zlatan Ibrahimovic. Despite a few sporadic reports to the contrary, the solid reporting says that the striker’s future remains uncertain. Maybe Ibrahimovic will sign a new contract with Manchester United. Maybe one of the other ambitious young leagues around the world, in China or the UAE perhaps, will make him an offer he can’t refuse.

None of that means we can’t consider the possibilities. LAFC arrives on the scene in 2018, and by all indications, they want to make a splashy entrance upon the MLS stage. Teams across the league will be looking for ways to not only bolster their attacks, but appeal to the non-converted in the eternal battle for the hearts and minds of Americans sports fans.

Not to mention that the LA Galaxy have gone more than a few months without signing a big name player. That situation that has rarely held during the 10 years since David Beckham’s arrival.

So Ibrahimovic to MLS? Could happen. It certainly wouldn’t shock anyone at this point. Ibrahimovic is apparently interested in launching an acting career, so LA wouldn’t be a bad place to be. At 35, he’s still an excellent player, but his time is running out.

If Ibrahimovic does end up in America (or, less likely, Canada), the discussion about the league’s status as a “retirement league” will surely begin anew. That’s despite the fact that Ibrahimovic is currently a critical part of the Manchester United team. He would join MLS directly from a period of being one of the Premier League’s leading forwards. It’s the unique nature of Ibrahimovic that he’s still one of the elite players in the world in his mid-30s. He keeps himself in excellent shape and his skillset lends itself to longevity.

Whatever the consensus on Ibrahimovic’s arrival as a referendum on the league’s spending on aging stars, it’s his personality that might be the most intriguing part. The striker’s ego is legendary. Though it often rubs people the wrong way, it’s part of the appeal. There’s plenty to back up Ibrahimovic’s belief in himself. He’s won titles with six different clubs. In an era with two of history’s best goal scorers – Lionel Messi and Cristiano Ronaldo – it’s Ibrahimovic normally slotting into third. That shows none of his confidence is misplaced.

Here’s what that means for this league. There’s no other way to put it. MLS is boring. The league has taken leaps and bounds towards a better quality play in recent years, but none of the new budget mechanisms that have helped bring in a new wave of talent have helped much off the field. The league is absolutely right in the approach it is taking to bringing in young players with potential. It would just be nice if some of that translated to a bit of notice outside of the tried-and-true media channels the league already thrives in.

Ibrahimovic would be the most interesting player to arrive since Beckham, and the one capable of “moving the needle” in a similar fashion. Ibrahimovic commands the spotlight wherever he goes because he is both an excellent soccer player and because he has a natural magnetism. He is the center of attention because shifting focus anywhere else might be missing something Ibrahimovic does.

He’s a man who can say “Lions, they don’t compare themselves with humans” while talking about not including himself in a list of the best Premier League forwards without coming off overly cocky or unlikeable.

It’s true that MLS has “personality” in the past. Players like Dwayne DeRosario, Eddie Johnson, and Brek Shea have worn their egos on their sleeves and made no bones about their self-belief. Sometimes it endeared them to fans, and others it turned them off.

What Ibrahimovitc offers is attitude matched by fame. Unfortunately for MLS, there’s no way to create players who have both in ample amounts organically. It may be another decade or more before homegrown MLS players will be “famous” in the way athletes in the four other major sports are now. The only way for MLS to add a bit of swagger alongside notoriety to the recipe is to import it.

It’s nice that MLS has found more than a few stars to come over and help the burgeoning name of the league with an commendable earnestness. Players like David Villa are an asset because they commit fully to the winning effort and make it a point to extol the virtues of the League itself.

Villa is famous, interesting in his own way, and capable of exciting a certain kind of soccer fan. Ibrahimovic is something else. For all the good the nice guys do for MLS, it’s just about time for new, spicier ingredients.