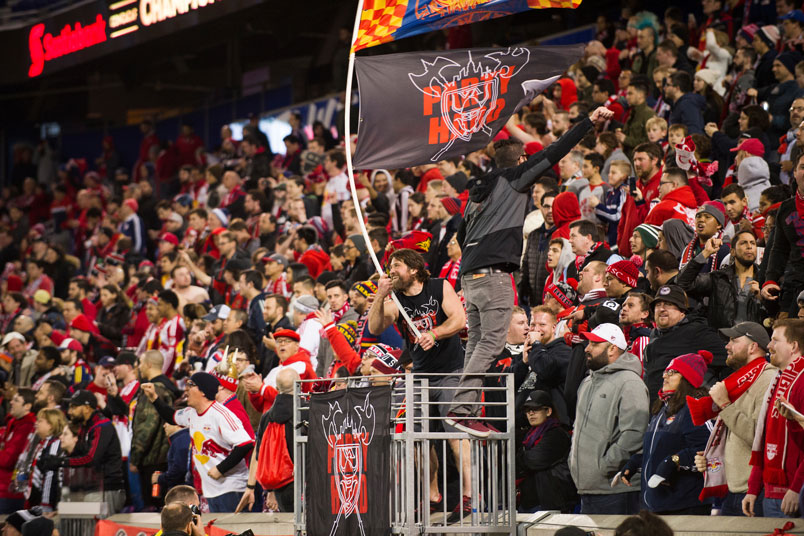 By Charles Boehm – WASHINGTON, DC (Apr 7, 2017) US Soccer Players – After Germany’s 2014 World Cup triumph, much analysis centered on the program’s long, methodical climb. It started after their humiliating three-and-out performance at Euro 2000. One cycle removed from winning the 1996 edition of the tournament, a proud soccer nation got a stinging slap. That sparked a comprehensive rethink.

“At the turn of the millennium German football stared disaster in the face,” intoned one report from the Bundesliga, the nation’s top professional league.

A sweeping, near-$1-billion overhaul of their nation’s player development system followed. It’s safe to say it worked. Last summer’s Euro 2016 marked the sixth consecutive major tournament Germany advanced to the semifinal stage. Once seen as stodgy and predictable, German soccer is now the toast of Europe. Its clubs and federation alike admired for their success and dynamism. An embarrassment incited the conditions for renewal.

Alas, it appears exceedingly unlikely that anything of the sort will happen for MLS and the wider North American soccer scene despite the latest painful failure in CONCACAF Champions League.

Semifinalist standard bearers FC Dallas and the Vancouver Whitecaps fell short yet again this week vs top Liga MX adversaries. That sets up the seventh all-Mexican final in the tournament’s nine editions under its current format. Both MLS clubs gave it the old college try, investing extra resources in their preseason preparations and fielding full-strength lineups. Only FCD truly have reason to feel hard done by, however, done in by a last-gasp Pachuca goal. Tigres UANL, meanwhile always looked to be playing cat-and-mouse with the ‘Caps.

This has become our region’s version of Groundhog Day, or the pudgy guy from the old Dunkin’ Donuts commercials trudging back and forth to churn out confections. Or maybe more accurately, Charlie Brown fiercely vowing yet again to kick that football, only for Lucy to effortlessly hoodwink him for the umpteenth time, leaving him in a painful heap.

You can pretty much set your clock to MLS annually disappointing in the CCL. It does tend to follow closely after the adoption of Daylight Savings Time, after all. That’s probably why collective reactions to it have grown muted compared to the teeth-gnashing that accompanied Real Salt Lake’s narrow loss in the 2011 final. Any Germany-like sense of urgency fired by shame would seem to have long since faded.

This is a league that generally doesn’t enjoy comparisons to older, richer, more popular competitors from abroad. CCL is one of the only places in which that comparison unfolds in the least manageable way possible, at least from the executives’s standpoint. On the pitch, in meaningful matches. It’s bad enough that Liga MX consistently eats MLS’ lunch in the television ratings race, beating the domestic offering even more soundly than the vaunted European leagues across the pond – and often doing so in competing time slots. You can massage those numbers in various directions. The ones on the scoreboard in CCL, less so.

Aside from a few nostalgic one-liners, “#MLS4[insert team here]” hashtags are a thing of the past. Pensive fatalism has crowded out rugged optimism. Even MLS commissioner and cheerleader-in-chief Don Garber has toned down his public exhortations to member clubs to go and win the thing after years of doing so without result. It’s easy to trot out a familiar set of excuses, though.

There are valid concerns among them. The Champions League knockout rounds start in the MLS off season. That will continue to do so even when its much-ballyhooed format change goes into effect next year. That forces MLS contenders to custom-tailor their preseasons. Vancouver jetted to Wales in midwinter. Dallas worked industriously in Argentina and later plowed commendable amounts of cash into a weeklong camp in Mexico to acclimatize to Pachuca’s altitude. Even at that, finding full form remains elusive, compared to midseason Liga MX levels.

Perhaps more ominous is the yawning gap in salary spending and player investment. When Mexican teams find themselves in real trouble in the CCL – as Pachuca certainly were this year – there’s always a blue-chip talent like Hirving “Chucky” Lozano or Andre-Pierre Gignac close at hand with a moment of match-winning magic.

It’s not a fait accompli, and every CCL campaign unfolds under a myriad of influences beyond calendars and checkbooks. Last year’s Montreal Impact and Dallas this time around showed how close MLSers can get with a little extra care and purpose – undermining their league’s alibis in the process. To his great credit, FCD coach Oscar Pareja said it himself at the quarterfinal stage: “We promised not to have any excuses.”

One could argue that the litany of CCL setbacks helped goad the league’s more tightfisted investor/operators into signing off on recent injections of cash like the “Targeted Allocation Money” program. Even with dollar amounts that are modest compared to Liga MX spending, TAM has fueled a noticeable uptick in quality and competitiveness across the league. That led to its swift expansion. Still, it’s hard to see real urgency when many fans – and probably a few owners, too – obviously don’t value the Champions League. You can see that in the attendance.

There’s a bigger point here. Mexico’s CCL dominance doesn’t just reflect superior talent or spending. It reminds us that the United States remains a step behind in terms of soccer culture, and an array of other key metrics in the sport.

In this light, perhaps it’s not such a bad thing that El Tri’s stunning November victory in Columbus has quieted the “Dos a Cero” taunts for a bit. Our neighbors to the south are running ahead of us in a number of tangible ways. We don’t gain anything by ignoring it or hiding from it. Being second-best in CCL may have grown familiar, but it’s no less of a warning now than it was nine years ago.

Bruce Arena and his USMNT players have only two jobs this year: Qualify for Russia 2018 and make a good stab at a Gold Cup title. The rest of us – starting with the extremely wealthy individuals who control MLS and rake in its revenue streams – should recognize this long-running chain of CCL futility for the annual wake-up call that it is.