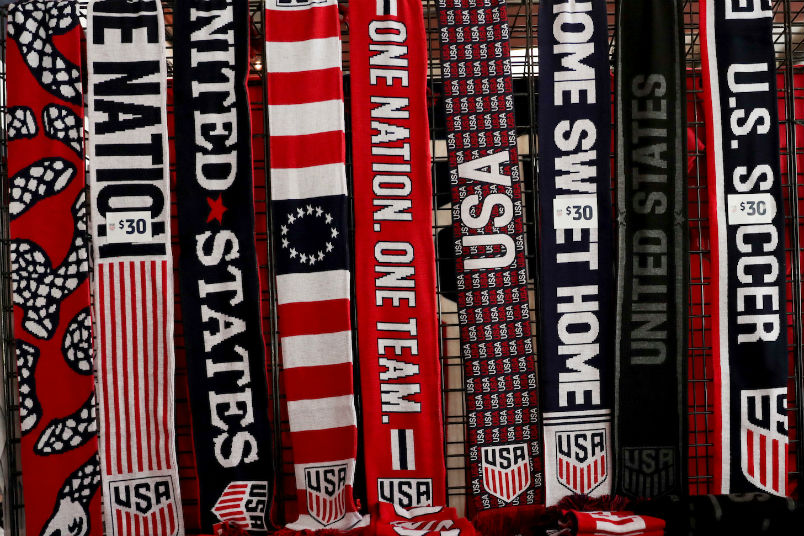 By Jason Davis – WASHINGTON, DC (Apr 19, 2017) US Soccer Players – Nature abhors a vacuum. So, it seems, do American soccer’s ample supply of investors and opportunists.

By virtue of US Soccer’s decision to sanction both the USL and NASL as Division II for the 2017 season, there is now a vacuum at the third level of the American soccer pyramid. A status occupied by the USL from 2011 through 2016 is now empty. Cue the rush to fill it.

The USL itself announced on April 2 that it plans to launch a third division league in 2019, targeting markets with populations ranging from 750,000 to 1 million. The organization highlighted its recent track record with its top competition, and said it has already had discussions with numerous figures involved in the world of minor league baseball.

“We are in a unique position to lead the sport’s next phase of growth with a proven and exciting competition model, the same which has made the USL the top Division II league in North America,” USL CEO Alec Papadakis said. “With elite competition and strong ownership groups providing unrivaled fan experiences, the USL will continue shaping the future of professional soccer through a third-division league, cultivating and bonding local supporters through the ‘beautiful game’ for generations to come.”

That quote is full of carefully crafted corporate messaging, but it does have a point. The USL has thrived in recent years, and can rightfully point to its growth and investment in things like a top notch broadcast platform as reasons it can succeed with a new third division. Look carefully, and you might also find a not-so-subtle dig at the North American Soccer League, the other current claimant to second division status in the United States.

Not that the NASL plans to stand by while the USL annexes more territory in the soccer land war. Despite that organization’s recent troubles, they also appear poised to charge into the gap left at the third division level.

Rather, people tied to the NASL are charging into that gap. Per reporting by Nipun Chopra at SocTakes, Peter Wilt and Club 9 Sports are working towards launching a D3 league in 2018. This is the same group currently working on several NASL expansion projects. Details are thin, but clubs in both the NPSL and PDL, leagues that occupy the almost entirely amateur fourth division of American soccer, have said t to fill slots in the new league.

As you were, American soccer watchers. Two groups, with what we can politely describe as divergent interests, are hoping to fill the vacuum.

If anyone thought that we might get a respite from the constant wars that have so occupied our energies over the past few decades, and taken more than a few clubs down with them in the process, they were sorely mistaken. Not only will the USL and NASL continue to butt heads in the second division, now they’re on the verge of opening up a new front a level down.

Maybe it’s unfair to expect American soccer to be any other way. American industry centers around a free market economy, and professional soccer is no exception. It wasn’t that long ago that the NASL was talking about taking on Major League Soccer. That misguided, quixotic quest did nothing but distract them from the tough business of establishing competency and stability. The aftermath of that period was disastrous for the league. It was only by the machinations of new Cosmos owner Rocco Commisso that NASL survived the possible demotion to Division 3.

Now, people involved in the effort to revive NASL with a slew of expansion clubs, hopefully with ownership groups more carefully vetted, are risking distraction on a third division project. Even if the proposed league isn’t directly run or legally tied to NASL, the battle lines are clear. Peter Wilt is a rightfully well respected builder of American soccer, but he stands squarely on the side of the NASL. Standing there means standing against Alex Papadakis, Jake Edwards, and the rest of USL.

Since USL has partnered with MLS, it’s not a leap to say that everyone not on the side of the USL is still, in most ways that matter, aligned against MLS.

Frankly, the whole thing is exhausting. Even if the NASL is no longer attempting to punch up at the top division and NASL and USL are mostly content to ignore each other for now, there remains a de facto state of cold war that is likely to flare up again at some point down the road.

Most the of the answers to questions like “Why isn’t American soccer farther along?” and “Why doesn’t American soccer have promotion and relegation?” stem from this state of perpetual hostility between different groups who claim to have the best interests of the sport in our country at heart.

And no, MLS doesn’t get off the hook here, either. Any and every collection of individuals who have ever had any hand in how pro soccer runs over the course of the past three decades in the United States is complicit on some level. Rarely has there been any attempt at cooperation. Competition has ruled the day.

Competition should deliver the best option. When it comes to soccer, however, it has too often resulted in no one thriving. The sport and its fans suffer.

Maybe this time will be different. Maybe there’s room for more than one third division. Maybe everyone will stake respect territorial claims made by another league and cancel out the possibility for cannibalizing a growing, but still fragile, American soccer ecosystem. What else do we have left but blind optimism?