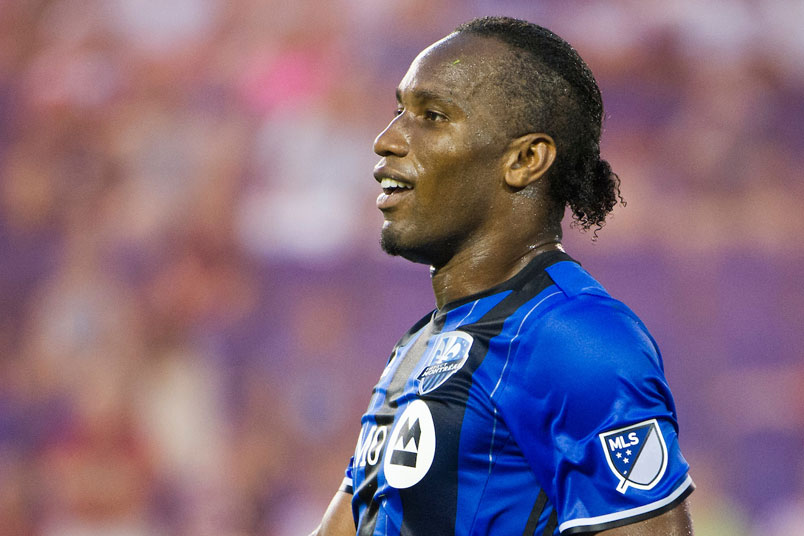 By Jason Davis – WASHINGTON, DC (Apr 14, 2017) US Soccer Players – The battle for one of the four – or maybe five – available expansion spots in Major League Soccer is largely about the financial clout of the ownership group. That includes building a soccer stadium. Those two factors will guide the league’s choices more than anything else. Get the cash, get the stadium, and you’re probably a good bet to get in.

The USL’s Phoenix Rising FC already check both of those boxes. There’s a group of owners, led by Berke Bakay and featuring famous musicians Diplo and Pete Wentz, that is more than capable of raising the money necessary to pay the league’s expansion fee. They can cover the costs of the academy and training facility. As for the stadium, they’re good there, too, with their intriguing experiment of putting a “pop up” stadium on a plot of land they control.

Phoenix Rising isn’t stopping there. They signed former Mexican international Omar Bravo and ex-England international Shaun Wright-Phillips. MLS expansion watchers probably overrate the importance of an expansion bid staying in the news, but that doesn’t mean there isn’t some value to getting a headline every now and then. Phoenix Rising’s approach has given the club and the bid more headlines than almost anywhere else.

The latest big move by Phoenix Rising speaks to that approach. The club announced on Wednesday that Didier Drogba has signed a one year contract with an additional option season to play in the second division. Although he’s now 39 and not nearly the player he once was, Drogba brings a hosts of benefits to the club other than scoring goals. He’s also taken an equity stake in the team, the club’s business fortunes, and its MLS possibilities.

Drogba’s own tweet makes it clear that he’s not really viewing this move to the Southwest as a chance to add to his illustrious list of playing accomplishments.

Happy to announce I have signed with @PHXRIsingFC and will be part of the ownership group hoping to take Phoenix to the MLS #Drogba2PHX pic.twitter.com/h1eefmqgJL

Not that he’ll give anything less than a full effort when he suits up for head coach Frank Yallop. Drogba’s MLS experience showed his work ethic and commitment to a cause. He won over plenty of skeptics in Montreal by displaying both.

The appeal for Drogba is in the experience he’ll gain and the roots he’ll lay down. Drogba has been operating at a level above the average professional player for some time now. He’s close to completing his coaching badges, and he often talks about his post-career life in soccer. Phoenix Rising gets a world renowned soccer name to add pizzazz to its MLS bid. Drogba gets the chance to get in on the ground floor of a team in the fastest growing soccer culture on the planet.

Keep in mind that all of the big buzz in Phoenix is fairly new. The club rebranded after Bakay took over as means to generate excitement for a team that had little in its previous incarnation. As Arizona United, the club struggled to find an appropriate home and averaged less than 1,500 fans in 2016.

In the opening game at their new venue on Saturday, 6,890 showed up to watch Phoenix Rising face Toronto FC. Their team lost 1-0, but the big crowd proved there’s something happening in Arizona worth paying attention to. Phoenix was a relatively late addition to the dozen cities that submitted MLS expansion bids. As attrition has begun to set in thanks to the difficult politics of stadium building, its bid has become more and more prominent.

St Louis is dead. San Diego has buzz and Landon Donovan, but faces a yes/no vote on its stadium plan in November. San Antonio has a world class sports ownership group behind it and an expansion-ready stadium, but suffers in terms of market size. Cincinnati has big attendance numbers, but no public plan for an MLS-caliber venue. Detroit is wrangling over a complicated deal for a stadium site. Sacramento is ready, but might not be glamorous enough for MLS. Things are very quiet in Charlotte, Raleigh, and Indianapolis. Nashville is nobody’s clear favorite.

Tampa Bay is the simplest “yes” for MLS, should they decide to go back into a market they left a decade and a half ago. Right now, there’s maybe no other city that checks so many expansion boxes as Phoenix. If anything was missing, it was some heat, a strange thing for a city that regularly crests triple digits in the summer.

Does Drogba bring the heat? Phoenix Rising thinks he will. While that’s no guarantee they will have their bid accepted when the League makes their first choices sometime this year, a bit of star power could go a long way towards making more people sit up and take notice.