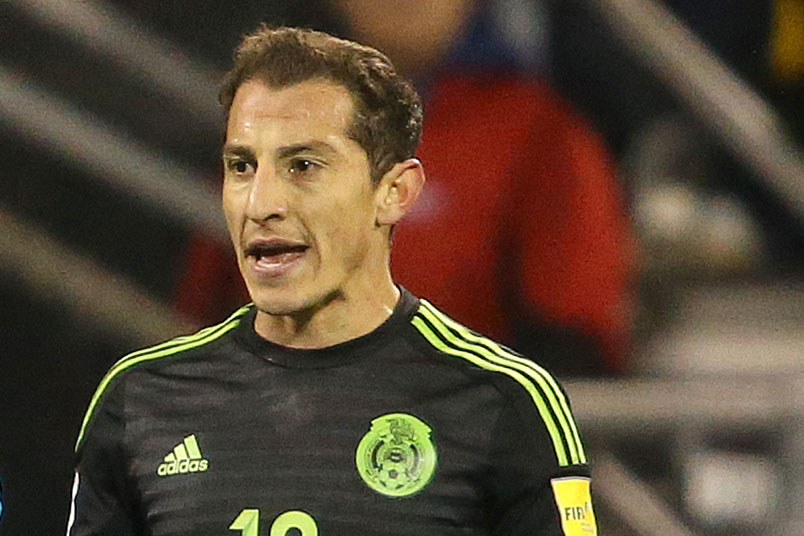 By Luis Bueno – RIVERSIDE, CA (Jun 21, 2017) US Soccer Players – There is still quite some time until LAFC takes the field. Many things with this club are still up in the air, but the possibilities seem unlimited. The roster will not start to take shape until sometime after a team lifts the 2017 MLS Cup. Already, rumors swirl linking a top Mexican player to LAFC and the potential for more such signings is there.

Should Andres Guardado join LAFC, it might reveal the direction the club hopes to take with its roster. It would also spark an arms race in Los Angeles, the kind that should have happened a decade ago.

By bringing in and chasing top-level Mexican talent, LAFC would try to make an instant impression in a tough market. Simply bringing in Mexican talent is a bit of an antiquated business model. However, bringing in someone as respected as Guardado, still in the prime of his career, would show LAFC’s buying power.

Signing Guardado could point LAFC toward a bright future. LAFC could become the West Coast version of Atlanta United. One of two MLS expansion teams to begin play in 2017, Atlanta has been a revelation in its first season. The club is in contention for a playoff spot and has been strong from the outset of the season. Atlanta’s brand is an exciting one as the club leads the league in goals with 31 through 15 games. With players like Josef Martinez, Miguel Almiron, and Hector Villalba, Atlanta features some quality international players. That leads directly to an entertaining brand of soccer.

LAFC would do well to be in that position a year from now. What would make LAFC’s situation an even more exciting one is its natural rivalry with the Galaxy. The back-and-forth between the two clubs will be exciting. Particularly so if LAFC’s potentially high-spending ways force the Galaxy to up their own level of player acquisitions.

The Galaxy though is having a quite average season. The team sits toward the bottom of the Western Conference table, with five wins through 14 games and a meager 1-3-3 record at home, unheard of by the Galaxy’s own standards. The team will have to improve significantly before the year is out to keep the attention on the five-time MLS champions versus the flashy new kids in town.

Name players that transcend soccer is one way of capturing that attention. The Galaxy’s interest in Zlatan Ibrahimovic has died off. There seems to be no other such player in the team’s sights.

The Galaxy would need an injection of talent if LAFC land Guardado. They’ll need even more if the club lands its likely number one option, Javier Hernandez, who has been a target of several MLS clubs. If any club can land Hernandez, though, it could be LAFC. All the conditions are there to make it happen. LAFC is not afraid to spend money. At least that’s the impression given by looking at its ownership group.

Once LAFC officially begins to acquire players – aside from the pair already under contract in Carlos Alvarez and Monday Bassey Etim – the team’s spending habits will begin to take shape. Being Atlanta West could be an expensive venture. Atlanta has two players earning more than $1 million per year and another at $770,000. Guardado would likely command a seven-figure salary while landing Hernandez might mean offering him the largest salary in the league.

Soon names will begin to shape LAFC”s roster. If Guardado becomes the first big name signing by the club, the excitement around LA’s newest soccer club will only increase.

Mexico national team fans have long been getting under the skin of opponents by chanting a derogatory and profane word after each opposing goal kick. FIFA has tried, unsuccessfully, to stop it in the past, but now the world governing body may be ready to do something serious to stop it.

FIFA warned Mexico to stop with “insulting and discriminatory” chants during the Confederations Cup opener against Russia. Days before, FIFA opened the door to allowing referees to stop matches as a way to crack down on unruly fan behavior. Who knows if that will be the way this chant gets out of the game, but its exit needs to happen sooner rather than later.

Soccer is the beautiful game and lends itself to many wonderful things, both on and off the field. It is the only sport in the world that brings people from all corners of the globe together. To stand by and watch it get marred by vulgarity and hate is a bad precedent and just as harmful to the image of the game as hooligans have been.

FIFA has done well to crack down on hooliganism and needs to eradicate Mexico’s chant as well.