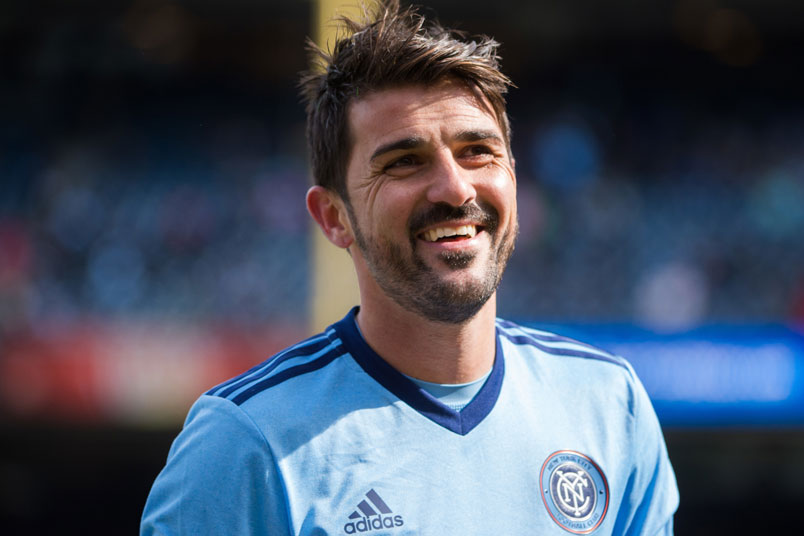 Friday's soccer news starts with NYCFC coming back to beat Minnesota United 3-1 at Yankee Stadium. Christian Ramirez put United up in the 9th minute. Alexander Collins equalized in the 38th with Jack Harrison putting NYCFC up for good in the 52nd. Harrison assisted on David Villa's goal in the 63rd minute.

"They were better than us on the night in most departments,” United coach Adrian Heath said. “We got ourselves an early goal, we got ourselves in front and never really then took the game to them. Because I thought we had about a ten-minute spell after where we were one pass away from maybe going two-nil up. But, there wasn't enough desire to go and get that second goal – to really take people out of their comfort zone – and we don't really do enough of it on the road I'm afraid."

Also in the soccer news, USMNT player Lynden Gooch's club Sunderland has a new manager. Simon Grayson gets the chance at winning promotion from the Championship. "It’s a demanding league," Grayson said, "but the players have got to bring some heart and soul back to this area, while giving the supporters something to be proud of again.”

American Soccer Now's Franco Panizo talks to Jonathan Spector about his move from the Championship to Orlando City.

The Guardian's Jonathan Wilson takes issue with the transfer window. The Set Pieces' Joe Devine looks at how much it costs a pub to show the Premier League in England. Bundesliga Fanatic's Travis Timmons on what the league's new TV deal might mean for soccer in Germany.

Keir Radnedge looks at the differences between the main Garcia report and the reports on the Russia 2018 and USA 2022 bids. Inside World Football's Paul Nicholson explains the issues between the A-League and the Football Federation of Australia.