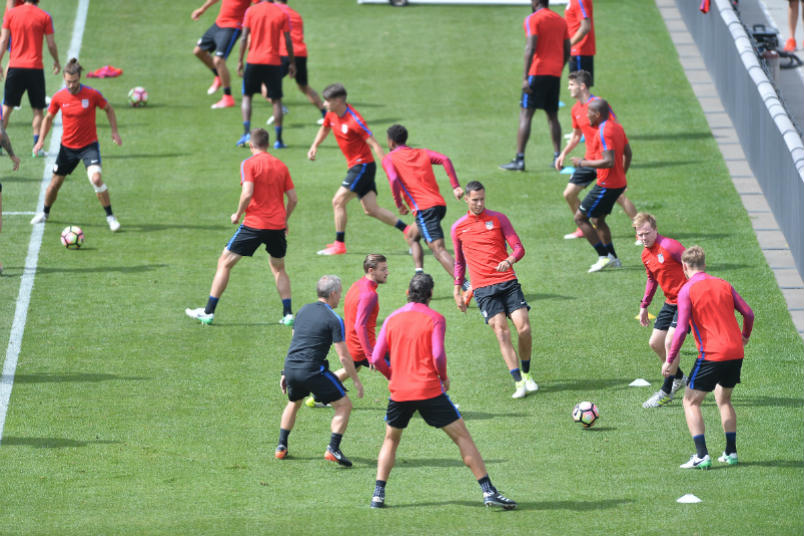 By J Hutcherson (Jun 8, 2017) US Soccer Players – For those of you that aren’t into the stories of old bands, you might have skipped Amazon’s new Grateful Dead documentary. There’s a line in it that resonates for what’s happening later tonight in Denver. In response to “who’s in charge?”, a Grateful Dead roadie came up with a great answer. “The situation is the boss.” That’s been true for the USMNT since losing back-to-back World Cup qualifiers to open the Hexagonal round.

Where the team is right now is better than where they were. Four points after four games, good for 4th-place and the playoff spot for Russia 2018. They’re a point behind 3rd-place Panama and two points behind 2nd-place Costa Rica. A strong showing in Commerce City against Trinidad & Tobago (8pm ET – FS1) and other results going their way, and the USMNT can climb the table right now.

That’s what a few pundits have stressed since a somewhat lackluster friendly draw with Venezuela last Saturday. The important game is at home Trinidad & Tobago, with whatever happens in Mexico City the cost of doing business in CONCACAF. It’s the right approach, tough to argue against with three points doing so much for the USMNT right now.

So where does this leave coach Bruce Arena and his squad? Some of the questions that dogged Arena’s predecessor are certainly still in play. First choice during the Hexagonal and hopefully into next summer’s World Cup is too much of an open question to start. Arena has talked about limiting call-ups to get a fairer picture of what’s in play, including paying attention to the depth chart. That’s certainly good news.

Playing players out of position. Calling in multiple options for the same role. Ending up with a discordant approach when it matters. These things have become hallmarks for a USMNT program that could use consistency. Injuries haven’t helped, of course. A first choice role player going down normally isn’t quite as easy to deal with as simply putting in another player. This is international soccer. Training time has limits. What a player does at club level might not be his job with the National Team.

Arena has limited that as well, using Fabian Johnson as the example. With Gladbach, Johnson is a midfielder. More to the point, he’s an elite Bundesliga midfielder. So why is he the answer for defensive assignments internationally? Arena’s response to that scenario is to play him as a midfielder. That might be an indication of a necessary pragmatism at this point, but it speaks to a coaching approach that is focusing on strength.

Taking nothing as a given at international level, playing for individual strength all over the field likely creates that discordant problem. There’s really no such thing. The best national teams play together in a way that highlights a few individuals and a few tactical tweaks rather than trying to reinvent the run of play. That’s the realm of club soccer where it’s a daily grind week after week over the course of a preseason and a full schedule.

What the USMNT needs against Trinidad & Tobago is three points. This isn’t the time for a renewed statement of purpose that might only last a few days. Instead, it’s time for pragmatism, and Arena-esque version if you will. As a coach for club and country, Arena is a motivator who will focus on the basics to get his club a result. This isn’t a backhanded compliment that somehow separates Arena from the tactical masterminds. There are plenty of big name coaches currently doing their best to show that they won’t get out of their own way when it matters.

Trinidad & Tobago isn’t an insurmountable obstacle standing in the way of the USMNT. They’re a game on a schedule, due the respect of being still alive in the Hexagonal round while at the same time treated accordingly based on how they’ve been playing. They beat Panama at home in March, a team the USMNT tied on the road. For the USMNT, that game was about living up to the old cliche about taking anything from an away date in CONCACAF. Trinidad & Tobago will be treating tonight the same way. It’s up to the USMNT to do their job right now. Three points at home, with an away date waiting for them on Sunday in Mexico City.