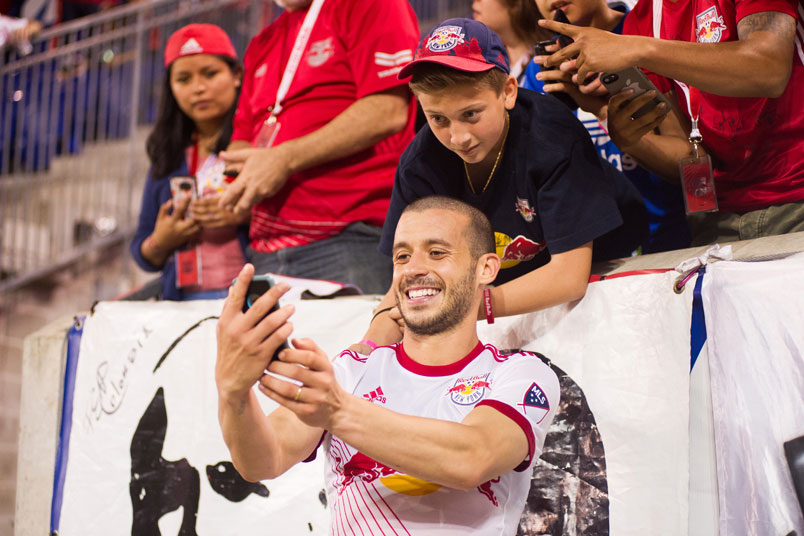 By Clemente Lisi – NEW YORK, NY (Jun 12, 2017) US Soccer Players – The Lamar Hunt US Open Cup may be the country’s oldest club tournament, but it is often treated like an inconvenience. Akin to the domestic cups of Europe, the tournament is similar that it is open to professional and amateur clubs alike. The pros usually win in the end. Still, lower division teams have pulled off an upset or two in the early rounds. Could this be the year when interest reaches an all-time high should a team from outside Major League Soccer reach the final?

That’s an unlikely scenario. The US Open Cup is very different compared to competitions such as England’s FA Cup or Spain’s Copa del Rey. Those countries have a top division, with lower leagues below it. Those leagues have promotion and relegation at all levels. The structure is neat and tidy. The best go up, the worst go down, and so it goes.

Not in this country. MLS reigns supreme, set off on its own as the country’s first division. Although there are other leagues below this pyramid, a lack of promotion and relegation makes it so that lower-tier clubs have little or no contact with MLS. The only real connection exists between MLS clubs that field teams in the USL as a way to develop talent. Those relationships are part of the story this week in a series of MLS vs USL clashes.

The US Open Cup started with 99 teams. 32 remain. What’s at stake is $250,000 in prize money – not too shabby for a club at any level of American soccer – and an automatic spot for next year’s CONCACAF Champions League. Despite these incentives, it is often difficult for teams to take this competition seriously when the focus is already on making the MLS Cup Playoffs. Here are three things to watch for from the Fourth Round that begins on Tuesday.

While both leagues share second division status, the US Open Cup has created a competition within a competition. The United Soccer League had 18 teams in the tournament to start. The North American Soccer League had six. There are currently nine USL teams remaining. The NASL had just three clubs left in the tournament. That puts, for the moment at least, both leagues level. Both have 50% of their teams alive from when the US Open Cup began last month.

There are a few matches to watch for this week that may tilt the balance. There are nine MLS vs USL games, three MLS vs NASL matchups, and three all-MLS contests. There are no NASL vs USL games, meaning that some real upsets will need to take place to tip the scales. One match to watch is the New England Revolution against its USL affiliate Rochester Rhinos. The USL side is the last non-MLS team to capture the Cup. That 1999 team, playing in the A-League (precursor to the USL), defeated the Colorado Rapids in the final.

Other games to monitor are the Houston Dynamo traveling to NASL side North Carolina FC and Real Salt Lake hitting the road to take on the USL’s Sacramento Republic. An upset could take place should either MLS team underestimate its respective opponents.

The Fourth Round is about regional rivalries and two of MLS’s biggest derbies. While interest by teams and fans alike has often been low, US Soccer put together these appetizing mid-week games based on geography rather than a random draw. The goal is obvious, with the tournament needing an attendance boost. They went with two big games from MLS, the New York Red Bulls hosting New York City FC and the Cascadia clash when the Portland Timbers travel to play the Seattle Sounders.

“We’re going to put a lot of regulars on the field (against NYCFC) and hope to recover for Sunday,” said Red Bulls coach Jesse Marsch, referring to this weekend’s road match versus the Philadelphia Union. “Anytime these two teams play each other, there’s a lot on the line.”

In addition, 10 other games feature teams either from the same state or part of the country. Three games – New England vs Rochester, Philadelphia vs Harrisburg City and Chicago vs St Louis – will feature MLS teams taking on their former USL affiliates. Other games to watch are:

Whether the USL or NASL can play the role of giant killers and break MLS hegemony in this tournament is the open question. The true Cinderella story will need to wait around, and it’s unlikely that any team ends up in that position.

Christos FC, one of 17 non-division teams to enter the competition in the first round as “local qualifiers”, is the true underdog. Thus far, the Maryland-based team has won three games, beating the USL’s Richmond Kickers in the Second Round. The team is 3-0, scoring five goals in the process while conceding none.

That run will likely come to a screeching halt when it plays DC United at the Maryland SoccerPlex. The last time an amateur team knocked out an MLS team was Cal FC beating Portland in overtime in 2012. Cal FC, coached by former National Team star and current TV analyst Eric Wynalda, highlighted that surprises can still happen in a competition which deserves more of our respect. It’s also a tournament that can measure the strengths and weaknesses of clubs at all levels, a snapshot of the state of American soccer.