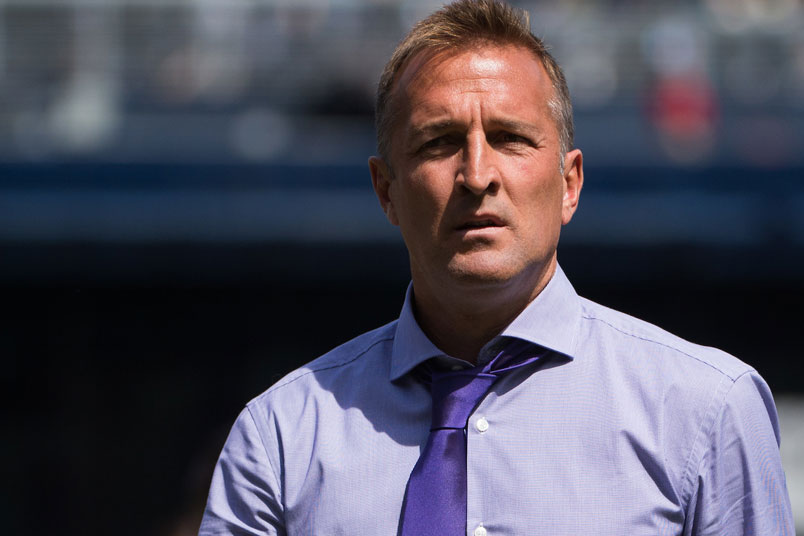 By Jason Davis – WASHINGTON, DC (Jul 7, 2017) US Soccer Players – The churn of the Major League Soccer season sometimes turns the business of a campaign into a fairly staid rinse-and-repeat cycle of quiet off-days and game days. Outside of the occasional injury update and the absences brought on by the international windows, the intrigue coming out of and leading into matches is thin and unsatisfying. That’s especially true when compared to the stories dripping with drama out of other Americans sports and MLS’s contemporary leagues abroad.

While the situation is bound to change and may already be evolving, we should welcome any reason for a bit of extra chatter. American soccer’s media landscape doesn’t support the sort of 24/7 debate culture quite yet, making anything remotely interesting worth grabbing onto and even squeezing.

Two items have popped up heading into the latest international break that should give people something to talk about. The first is Jason Kreis, and his extremely transparent attempt to rally his troops and prove his willingness to support them via a string of officiating criticisms in the aftermath of Orlando City’s 3-1 loss to Toronto FC on Wednesday night.

Kreis did not hold back, going so far as to suggest that referees officiating games at Orlando City Stadium are actively overcompensating for the “raucous” crowd the Lions draw. Saying his team feels like the away side even when playing at home, Kreis identified specific moments over a span of a few weeks that stand out to him as egregious examples of this phenomenon.

This was an unprompted rant from the Orlando boss. After answering reporters’ questions following the TFC match, Kreis himself brought up the refereeing. Whatever mini controversies popped up during their loss to the Reds, none of them rose to the level of necessitating a question from the press on the issue. Kreis took his shot.

It almost doesn’t matter if Kreis is right about a bias among referees towards his team. Such a thing is impossible to prove. That’s why the coach left his reasons for why such a bias might exist in the realm of the subjective. What is certain is that Kreis will be paying a fine assesed by his friends at Major League Soccer for his comments.

That’s probably the point. By lashing out at the refereeing, Kreis is sending a message to his team and circling the proverbial wagons. The last few weeks have been difficult for the Lions with Cyle Larin’s arrest for DUI and the club has struggled with consistency. Instead of challenging his players with public statements, Kreis is appealing to their sense of team by risking punishment with his comments.

That’s one interpretation, anyway. Maybe Kreis really does believe that there’s a reffing bias against his team.

Out in Utah, the story is that Designated Player Yura Movsisyan is on the trading block. First reported by Paul Tenorio or FourFourTwo, the possibility of Real Salt Lake shipping Movsisyan out is something of a bombshell. Remember, the former RSL striker specifically returned to MLS to rejoin his old team on loan from Spartak Moscow at the beginning of the 2016 season.

When the option to purchase his contract came due, the club decided to put down the cash necessary to make it the return permanent and signed him to a long term deal. That deal pays Movsisyan a guaranteed $1.97 million per season, a serious commitment for a small market team.

Things really haven’t been right with Movsisyan and RSL since the club fired Jeff Cassar with Mike Petke taking over in late March. The club struggled out of the gate with goals few and far between. Hence Cassar’s dismissal.

Though it’s open to interpretation, it certainly looked like Petke benched his DP striker for performance reasons and to send a message back in June. Movsisyan went public with his assessment of the benching, calling it “a joke.” When Movsisyan came off the bench to score a game-winning goal against Minnesota on June 17, he visibly turned toward the sideline and made a “shushing” gesture.

Speculation immediately began that Movsisyan meant the gesture for Petke. Petke brushed off any hard feelings in the postgame press conference, suggesting that he welcomed a bit of obstinate fire, especially if it meant goals and wins.

Now Movsisyan is reportedly available to the highest MLS bidder. Whatever obstinate fire Movsisyan showed his head coach has tipped over into “problem”. Whether RSL can find a trading partner will be interesting. Movsisyan’s significant contract will be an impediment.

Tenorio suggested in his initial tweeted report that the Galaxy could be a landing sport for Movsisyan. LA Times writer Kevin Baxter followed up and reported that his sources indicated the Galaxy did not have interest in the striker. What happens next is anyone’s guess.

Long may it continue. Jason Kreis’s fine, whatever it ends up being, should help squeeze a bit more out of that story. With an international break coming for the Gold Cup, the rumor mill on Movsisyan will continue heating, even as it’s moved the back burner.

These would be small stories, even run of the mill ones in any other major American sports league. A coach criticizing referees might get an hour of play in a soccer league in Europe or South American. A player clashing with a coach and finding himself on the way out happens so often it’s routine in many places.

In MLS, these stories are still unique and interesting. Now we just need more of them.