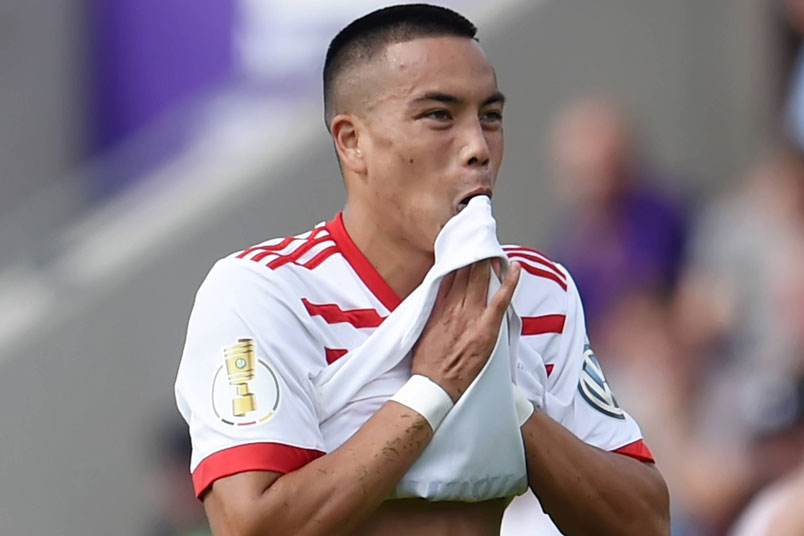 By Clemente Lisi – NEW YORK, NY (Aug 14, 2017) US Soccer Players – The long, hot summer of preseason friendlies and nonsensical curtain-raiser Super Cup matches has finally given way to the start of the domestic season across most of Europe’s five major domestic leagues. With France and England already underway, with Germany, Italy and Spain soon to follow, it’s time to take stock of Americans playing abroad and which ones to keep an eye on over the next nine months.

The 2017-18 season will be different than the past few years because it feeds into next summer’s World Cup. The next few months will, in many ways, determine which players will get the chance to travel to Russia once the United States, as expected, qualifies for the World Cup.

American fans should keep close tabs on the Bundesliga season as more Americans play in Germany. Currently 11 with the transfer window open until the end of the month compared to England’s much-vaunted Premier League, where there are just four. Both leagues get plenty of TV time on this side of the Atlantic thanks to Fox Sports and NBC Sports broadcasts. Technology has made the world a much smaller place. It’s been a few years now that Americans are no longer an anomaly playing for European clubs and even in the Champions League.

For the purposes of this list, we will focus on five players – four based in Germany and one in England – likely to make coach Bruce Arena’s World Cup squad. Arena played an MLS-based squad to win the recent Gold Cup. January camp will be another chance for him to scout domestic players. Still, it’s this country’s European-based players that will get a lot of the attention when picking fantasy rosters in advance of the 2018 World Cup.

Here are five Americans to keep an eye on this season.

Already in mid-season form after his goal in the German Super Cup earlier this month, Pulisic will be working hard to help Borussia Dortmund battle on two fronts. Domestically to try and break Bayern Munich’s lock on the German league and against Europe’s finest clubs in the Champions League. In addition, Pulisic is part of the American attack after his series of splendid performances with the USMNT this year.

The 18-year-old has been the talk of transfer rumors this season. For obvious reasons, there seems to be little to no chance Dortmund would part with the budding star. He’s increasingly become the team’s go-to player when it comes to both creating scoring chances and finishing them off. This season will test Pulisic. He hopes to lead Borussia Dortmund to the Bundesliga title, while also seeing how far his side can get in Europe’s premier club competition. These high-stakes contests will only make the American superstar a better player regardless of the outcome. They’ll also give him the experience needed to compete at a very high level come World Cup time.

The towering central defender made history this past June when he became the most expensive American international in the history of the game. His move from Hertha Berlin to Wolfsburg for $22.5 million was twice as much as the previous record Sunderland set in 2013 to bring in Jozy Altidore to England. That move ultimately failed. Brooks will try not to let history repeat itself. The 24-year-old talent could have a tough time. He went from a team, Hertha Berlin, which qualified for the Europa League. Wolfsburg, meanwhile, spent last season avoiding relegation and ultimately finished in 16th-place. This season is all about avoiding a replay of last season.

That’s where Brooks comes in. Trying to get to his second World Cup, Brooks needs to show his strength in the back. That’s an obvious point, but he’s a player trying to justify his price and keep a role in the starting lineup. His play should prove pivotal to Wolfsburg’s season. It’s why they were willing to spend so much to get him.

Wood is at a pivotal juncture of his career. The 24-year-old striker has shown a lot of promise. A knee injury last season hampered his efforts at Hamburg and kept him sidelined for a portion of World Cup Qualifying for the United States. A healthy Wood will likely pair with Altidore as part of a two-man USMNT attack.

This season, the aim is for Wood and Hamburg is to do much better than last. As the team’s best player, Woods’s job is to pile on the goals just like he did two seasons ago. Back then, he set the scoring record for an American in Germany’s top two leagues. His 17 goals for Union Berlin in the second division earned him a move to Hamburg and the Bundesliga.

This exceptional player has all the attributes the USMNT need going into a World Cup. Like Wood, Johnson missed two key qualifiers earlier this year after a tear to a thigh muscle. When healthy, the 29-year-old has put in strong performances at both left and right back for the National Team since making his debut in 2011. Johnson has indicated that his preference is to play in midfield, where he’s a regular for Gladbach.

Borussia Monchengladbach has brought in several reinforcements this season, with Johnson hoping to remain a starter while also having to find a way to adapt to his US teammates after not being part of the squad this year. Gladbach finished ninth last season. They’ll aim for better than a mid-table finish, with a Europa League spot as a target.

The former Seattle Sounders defender may be one of just four Americans in the Premier League, but he’s by far the most exciting to watch ahead of the World Cup. The Newcastle right back helped the club earn promotion last season. Yedlin’s back in the topflight after his 2014 World Cup performances for the USMNT earned him attention and a contract.

The position is of vital importance for both Yedlin’s club and for country as the USMNT plays key qualifiers to get to Russia. Newly-promoted Newcastle, as well, will need all the help they can get. Yedlin and the rest of the backline are key to pushing the promoted club up the table as quickly as possible this season.