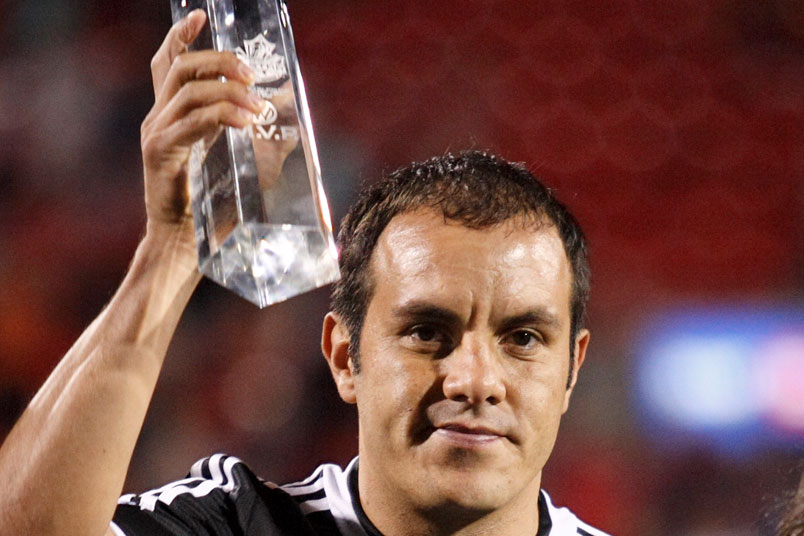 By J Hutcherson (Aug 1, 2017) US Soccer Players – The original title replaced “like” with “love,” but that seems like pushing it. In the other direction, “tolerate” seemed a bit much. “Put up with” probably misses the point. So here we are with like rather than love.

Then again, loving the all-star game is an odd idea that’s hardly soccer-specific. Very few people should be saying any of the following phrases. “You know, I prefer baseball where players move in and out based on innings left rather than a clear strategy.” “The NBA is better when it’s just star offensive players not bothering with defense.” “The NHL did the smart thing with this pickup game scenario.” “Why isn’t the Pro Bowl as popular as the playoffs?”

Even the NBA All-Star Weekend doesn’t solve this. It’s everything around the game itself rather than focusing on exhibition basketball. Still, that’s the model every other North American sports league would like to duplicate.

So what about the fan that isn’t taking a trip to the All-Star game? The one watching it on TV and trying to do more than hope their star player makes it back ready for the next league game? Well, step one is probably not obsessing over that risk of injury. That’s the modern knock against the MLS All-Star game. It’s probably worth at least considering the players on the other side of the ball. Those marquee talents are also probably not looking to miss the start of their seasons due to injury as well. These are professional soccer players capable of recognizing the stakes.

If that’s just another reason to criticize the All-Star Game, fair enough. It’s still an exhibition, even if it was MLS only.

Back when MLS was trying to establish their own All-Star weekend, they used to run a skills competition. Goalie wars where two keepers faced off against each other on a short field was far more entertaining than the shooting contest or soccer tennis. I later asked one of the participants what it was like for them. “Exhausting” was the answer, and that’s probably why we haven’t seen it since 2001. There’s no sense in adding extra activities that work against the idea that this is in part a break.

Admittedly, it’s not much of one in MLS. They had a game on Sunday, they’ll have a bunch of them on Saturday. MLS already took their time off for the Gold Cup group stage. Another knock against the All-Star Game? Sure, and might as well add in needing to work with the touring European super club to make the game fit their schedule as well.

Do we have enough critiques of the All-Star Game to offer up a lackluster defense? Is there anything that’s going to edge the scale a little closer to level? Confidence builder for individual players maybe? No? How about an opportunity for a collection of MLS players with built-in excuses to show well against a European super club?

Here’s our annual reminder that a long time ago, MLS made the questionable decision to send a squad of players over to Madrid for a game at the Bernabeu. It didn’t go well. That’s the downside to the All-Star scenario. There’s not enough excuses to wipe out a lot of goals against. Judging by the type of teams the league signs up as the opponent, that’s something that MLS probably stopped thinking about a long time ago.

Fair enough, all things considered. The risk/reward here is mostly reward. Barring a ridiculous score line in favor of the guests, there’s not much of a disincentive for the league. MLS knows what sells club soccer in this country, and it’s the biggest clubs fielding their biggest names. It’s a shame that won’t include Cristiano Ronaldo, but it’s still an opportunity for MLS.

As much as a branding exercise and commercial opportunity, it’s a chance to show that the league’s best can play. That doesn’t require thrashing a super club. All it takes is showing well in a game that’s designed to draw more attention than another league matchup.

That’s become an odd situation for the league in recent years. Fox will put the occasional MLS game on national television, something that used to be for MLS Cup and the All-Star Game. The league had two shots for that bigger footprint they used to talk about. A lot.

Like the National Hockey League with various TV deals back in the day, the league would use the All-Star Game to show MLS to a national audience that didn’t otherwise get regular coverage. That’s not the same situation as it once was. MLS moved the game to a weeknight, shows it on a secondary channel, and knows that the spotlight doesn’t just shine on the All-Stars. That doesn’t mean that the spotlight is no longer there.

For this league right now, it’s still about showing well on a big night for American club soccer. That’s all the All-Star Game needs to do.