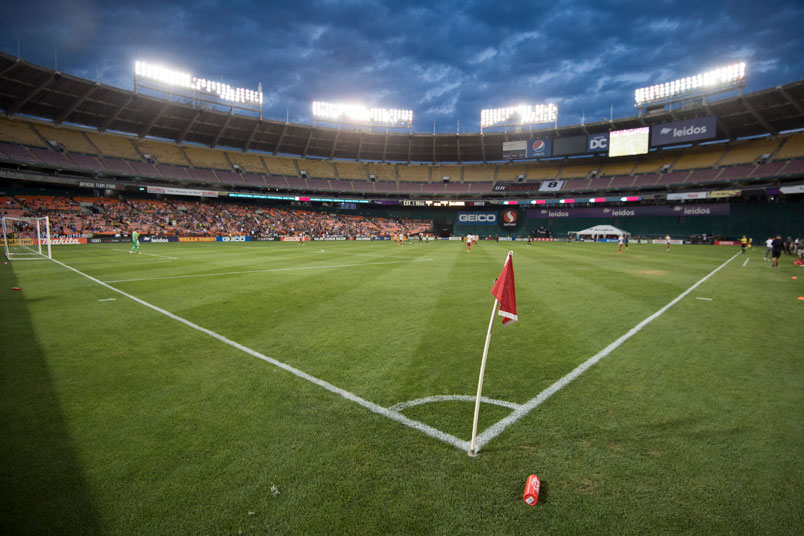 By Charles Boehm – WASHINGTON DC (Aug 11, 2017) US Soccer Players – MLS closed its summer transfer window with a bang this week. Several current and former USMNT players found themselves at the center of the action. The process offered up a timely snapshot of the many and nuanced ways in which the domestic league both fosters and frustrates this country’s players.

For the players, it can be a time of both upheaval and hope. Trades and signings provided new addresses and fresh environments for several with USMNT or youth national team track records or ambitions, including Bobby Boswell, Christian Dean, Dilly Duka, Ethan Finlay, Luis Gil, and Dillon Powers. Others, like Paul Arriola and Russell Canouse, came back home after extended stints abroad, in this case Mexico and Germany, respectively.

Arriola proved to be the most high-profile mover among the domestic contingent. His recent USMNT performances helped raise his stock high enough for DC United to make him their showcase signing. He joined the team along with with Canouse and two overseas internationals, as they revamped a last-place squad.

A proud franchise fallen on lean times, United became MLS’s bargai -bin shoppers as their quest for a new stadium dragged on interminably. Now that Audi Field is finally rising at Buzzard Point in Southwest DC, the club’s leaders maintain they can begin spending instead of scrimping. A cynic could contend that their 2017 performances have been so poor as to risk poisoning the well for next season.

So in a move that echoed previous homecomings like Clint Dempsey’s, Michael Bradley’s and Jozy Altidore’s, the club actively hunted for a USMNT hero to build their rejiggered team around. They paid a hefty premium to push the deal across the finish line.

“The plan that D.C. had for me, talking with [general manager] Dave [Kasper] specifically, was what I was looking for. That made it easy. And I’m American – the interest to play in the MLS has always been there,” explained Arriola at a Thursday press conference at RFK that raised some fascinating angles on the long-running “MLS or overseas” debate in USMNT circles.

“I think sooner than later, kids aren’t going to want to go other places to get more games and improve their quality. There will be nothing better than to be able to stay in the United States, in your home, and continue to grow…. At the end we’re all American, and I think we all love the United States and we want to be here.”

The numbers involved in the winger’s transfer from Liga MX side Club Tijuana are fairly stunning. Multiple media reports list his transfer fee at around $3.5 million, with a healthy salary bump to boot. Even if the club wasn’t quite ready to reveal those precise figures, United certainly went out of their way to trumpet his acquisition as “the largest transfer fee spent in franchise history” in their official materials.

DC helpfully added that the contracts signed by Arriola and fellow new arrival Zoltan Stieber, a Hungarian national-team winger, “represent the most money the franchise has outlaid on two simultaneous signings in club history.”

“The main focus worldwide is to get younger players who can grow with the club, who are not the finished product, who have a ways to go in their development, who can become a real investment down the line,” said Kasper. “And that’s the way our league is going right now, thanks to the level of investment that the ownership across the board in our league.”

That all sounds pretty good, right? Well, MLS’s infamously murky internal machinations might easily have brought this deal to a screeching halt.

Arriola became something of a poster child for the “go abroad ASAP” school of thought when he spurned the LA Galaxy to join Tijuana in 2013 at the tender age of 17. The Galaxy had reeled the San Diego-area native into their academy system with plans of making him a Homegrown player. Even after training with LA’s first team, he chose to sign with Xolos, who are actually located closer to his childhood home despite the national border in between.

Arriola spent less than a year in the Galaxy system. As TopDrawerSoccer’s Will Parchman notes, he played a mere 11 games with their Under-18 team over a seven-month period interspersed with youth national team duty. LA still treated that as a major problem.

“Our players shouldn’t be leaving to go to Mexico,” Galaxy president Chris Klein said at the time. “Are some going to leave? Yes. But they are in our backyard, and their clubs are fighting to get into our academy’s training, to watch our players play. We have agents trying to get in, speaking with our players every day. It is a major issue.”

The MLS Homegrown system is supposedly built on long-term relationships between club and player just like those found around the world with the likes of Lionel Messi, Steven Gerrard, and Francesco Totti. We’ve heard that if a player goes off to college, their club must continue to involve them in training activities in order to maintain their Homegrown rights. Somehow, the Galaxy managed to keep Arriola’s MLS rights even as he was playing senior-level games for Tijuana for four years. Perhaps it was that complaining.

We know this because DC had to send LA a whopping half a million dollars in allocation money, MLS’s internal currency, simply to obtain the right to sign Arriola. It appears to be the highest such price ever paid in the league, greater even than what Chicago received for letting Didier Drogba spurn them for Montreal.

“Specific to Paul, this is a very strategic investment,” Kasper said on Thursday. “The days of floating second-round [draft] picks – those days are gone, especially when you’re going after a prized asset like Paul. We were determined to get this deal done. We certainly know what the market value of these assets are in this league. So you just pay it, and move on.”

Parchman called this a powerful precedent. It’s not hard to agree, even if Arriola wound up where he wants to be. MLS has long shown a craving for any control over player wages and movement it can leverage. In forcing DC to pay the Galaxy for a 22-year-old national teamer they barely had any claim on in the first place, they’ve again conjured up an utterly arbitrary limitation on the very kind of star they say they value most.

We’ve written here before about the Homegrown system’s vulnerability to cynical manipulation. On the surface it may look like just another silly bit of fine print and red tape that only hardcore fans notice. However, it poses a direct threat to the basic freedom of movement enshrined in FIFA law. That’s not so innocent from a player’s point of view. That’s saying nothing of the damage inflicted on youth clubs like Arriola’s SoCal club Arsenal FC. They did far more to develop him than the MLS team in LA.

MLS has played many roles for the domestic player pool over the years. Part of the league’s purpose was improving the USMNT. Today, it prides itself as an incubator of American talent. The league has lately also made it a priority to recruit established USMNT stars.

Arriola’s status as one of the Yanks’ rising young stars made him a more valuable commodity in that regard. The league’s legalese still managed to complicate his homecoming, just as it delayed, for years, that of his former Xolos teammate Herculez Gomez.

It’s not transparent. It’s not efficient. And it’s not right.