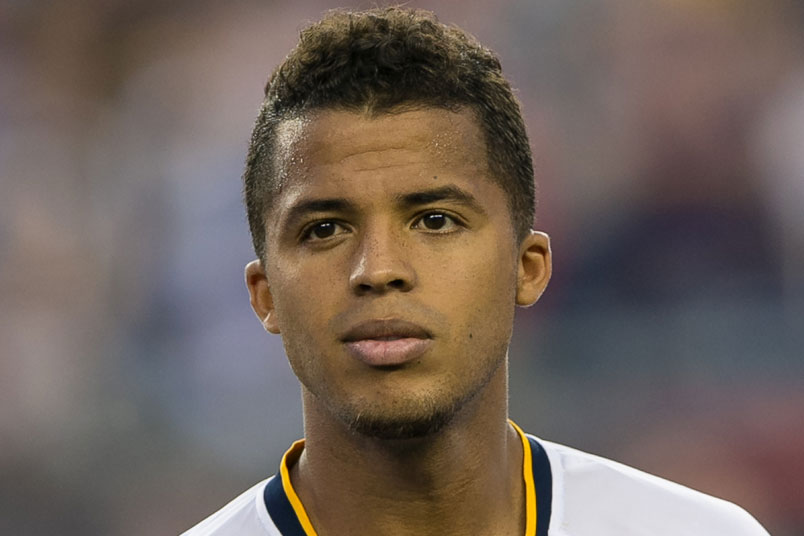 By Luis Bueno – RIVERSIDE, CA (Sep 6, 2017) US Soccer Players – When Mexico played at Costa Rica in Tuesday’s World Cup qualifier, the match itself was a bit anticlimactic for the visitors. Mexico had already wrapped up a berth in Russia 2018 the match prior and a lopsided result either way would not have made a difference.

Still, the match was significant for one of El Tri’s key players. Giovani Dos Santos started and by doing so joined an elite group of Mexican footballers. Dos Santos became the 11th player in Mexico history to reach the century mark. With the better part of a decade ahead of him, it may not seem unreasonable to expect Dos Santos to challenge El Tri’s all-time cap leader Claudio Suarez, who finished his career with 177 appearances with Mexico.

Well before he embarked on his journey with the Mexican national team, reaching such a milestone was not just part of his hope and promise but an expectation. Now that he is here, there are questions surrounding his true effectiveness for the national team.

While he could one day become Mexico’s most-capped player, will he also finish his career as its most important? He may not have become the answer that many had projected he would be when he led Mexico to the 2005 U-17 World Cup title. He also has not been merely a passenger along for the ride. His true value is somewhere in between.

After leading Mexico to youth success, he was not only expected to succeed on internationally but also at the club level. At 17, Dos Santos was a world champion and a budding prospect at Barcelona. What wasn’t there to love about that?

It would be difficult to consider his club career a disappointment, certainly the early stages of it. He did eventually gain playing time with Barcelona but not enough to stick around, and certainly not enough to make an impact there. That was not the problem as much as what happened after. He was unable to make an impact anywhere, from Tottenham to Galatasaray to Mallorca to Racing Santander. In fact, between 2007 and 2013, his most effective stretch was an eight-game stint with Ipswich Town in 2009.

Eventually he found a home with Villarreal in La Liga. He left to join the LA Galaxy in 2015, a move that opened him up to criticism at home. MLS is not highly regarded by Mexican media and supporters. Even national team coach Juan Carlos Osorio balked at Dos Santos’s choice.

The Galaxy has taken steps backward since his arrival. The club will likely miss the playoffs this year. That will be the first time since 2008 that the Galaxy are not part of the MLS postseason. Not all of that failure is on Dos Santos. Still, six goals in 17 games isn’t the level of production the Galaxy expected.

Dos Santos showed how strong he can be in MLS last season, scoring 14 goals and adding 12 assists in the 2016 campaign. The Galaxy doubled down on their commitment to Dos Santos by bringing in his brother Jonathan to the fold. Giovani Dos Santos will be the face of the franchise for at least the next two years and possibly more. It would be a challenge to parlay an unimpressive European career and time in MLS into another chance in Europe.

While his club career has been inconsistent, he has been steady and productive internationally. Against Costa Rica on Tuesday, Dos Santos accounted for Mexico’s goal in the 1-1 draw. While officially an own goal, Dos Santos got his chest to the end of a cross and re-directed it to the front of the goal. The ball caromed off goalkeeper Keylor Navas and defender Cristian Gamboa and over the goal line for El Tri’s only goal.

Dos Santos nearly had what would have been one of Mexico’s most important goals. He scored against the Netherlands in the 2014 World Cup. El Tri failed to hold onto the 1-0 lead that goal provided. They gave up two goals in the final 10 minutes and lost in the Round of 16. Had Mexico held on, Dos Santos’s game-winner would have gone down in history as the goal that helped Mexico break through into the quarterfinals.

Among his goals though is one tally that is perhaps the most talked-about goal Mexico has scored in the last decade. Dos Santos danced around the United States defense and goalkeeper Tim Howard in the 2011 Gold Cup final and chipped the ball into the back of the goal in an incredible display of technique.

All told, Dos Santos has scored 18 goals for El Tri – one in the World Cup, two game-winning goals in World Cup qualifying, and two in Gold Cup finals.

He has not been the lightning rod of offense many felt he could be and he has gone through scoring droughts with the national team. Dos Santos has proven successful on the greatest of stages.

What does the next decade have in store for the once and future king of Mexican soccer? Expect Dos Santos to run up his caps total. By playing stateside, he is more easily accessible to Mexico for the cash-grab friendlies El Tri loves to play.

Despite a rough patch recently with the national team that saw him dropped, Dos Santos seems to have gotten back in good graces with the coaching staff. He should be as close to a lock as possible for the World Cup next summer.

Dos Santos be 32 by the time the 2022 World Cup rolls around. That’s certainly young enough to still be an active participant on the team. Andres Guardado will turn 31 this month and is one of Mexico’s most important players.

While at number 11 on Mexico’s all-time caps list, Dos Santos should move into the 10th spot on the list by next summer. Up next is Alberto Garcia Aspe (109). After that, Cuauhtemoc Blanco (119) is a bit further but he should pass him as well as Ramon Ramirez (121) and Carlos Salcido (123). Guardado sits at 141 caps and counting and may himself make a run at Suarez.

Sitting at the century mark and eyeing many more caps, has Dos Santos’ career reached the heights many felt it could? Probably not, but Dos Santos is and has always been in a difficult situation.

He seems like a frustrating player simply because El Tri fans expected so much. When he failed to deliver on such lofty and frankly unrealistic expectations, he can’t help but become a failure or a letdown.

In big picture terms, where he winds up on that list or even on Mexico’s all-time scoring table isn’t important to his legacy. If Dos Santos is on the rosters for both the 2018 and 2022 World Cups and is at least a part of the 2026 cycle, no one can call his career a disappointment.