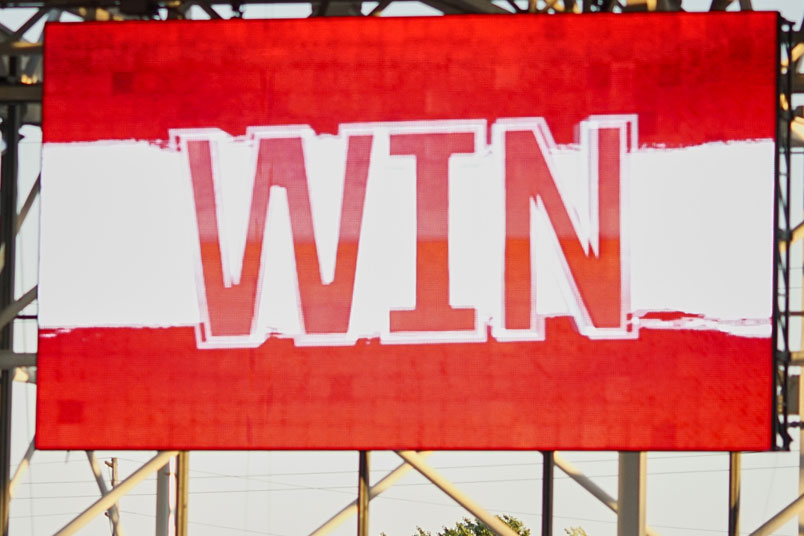 By Charles Boehm – WASHINGTON DC (Sep 22, 2017) US Soccer Players – It’s been an interesting week or so in Major League Soccer, both on the field and behind the scenes. Last Wednesday expansion club Atlanta United laid down a startling marker at their second match in their glittering new $1.5-billion home, Mercedes-Benz Stadium. The New England Revolution hit town as nominal rivals to ATL in the hunt for playoff places in the MLS Eastern Conference.

Atlanta have been the league’s darlings this year, charming their fans and neutrals alike with wide-open soccer and huge home crowds. This month’s packed slate of home games would require sterner stuff, most of us thought. It’s put-up-or-shut-up time for an inconsistent team that has gone toe to toe with MLS’ elite only to lose three times to cellar dwellers DC United.

Thanks to two early Revs red cards and some irresistible attacking play from Atlanta, just another midweek game on the schedule spun way out of hand. The hosts methodically stomped a hole (or two) in New England in a 7-0 rout that broke several league records.

Yes, the Revs finished the match with nine men, the victims of a harsh refereeing decision or two. Following another road loss, New England “parted ways” with coach Jay Heaps on Monday.

It’s easy to draw a line between emerging and well financed teams like Atlanta and the old guard in MLS like New England. USed to doing things their way, it’s tough for a legacy team to decide to take pointers from expansion clubs.

This is MLS, so it’s hardly worth pointing out that the investor/operators in New England have a substantially higher net worth than Atlanta’s. MLS doesn’t work that way. Even when an ownership breaks the bank, the bank in question is still relative to this league.

“There is absolutely no excuse for why Atlanta can spend at such high levels and New England and Colorado are considered small-market teams with low budgets,” FourFourTwo’s Paul Tenorio wrote. “If there is an argument promotion-relegation supporters want to put up in lights, it’s this one.”

Also on Monday, Sam Stejskal reported that MLS leadership is mulling a dramatic overhaul of its playoff format. The current system pauses for an international window and runs almost a month and a half in length, with teams required to play as many as six games to lift the trophy as MLS Cup champions.

A proposal currently under consideration would trim that chunky tournament nearly in half, reducing all matchups to one-game, single-elimination situations hosted by the higher seed. It would thus fit into the timeframe between the close of the international break and the onset of winter conditions in December, with the regular season correspondingly growing into November.

Stejskal’s sources reckon that the new plan faces an uphill battle to passage, on account of the home games that lower-seeded teams would no longer host in the shift from two-legged series to one-off games. That would mean a substantial financial hit for many rank-and-file MLS clubs.

In fact, one MLS executive told USSoccerPlayers this week that even just one home playoff game can double a team’s earnings for the year, given that it’s essentially “free money” over and above the annual budgeted revenue.

That’s a powerful incentive to cling to the current postseason structure. Especially, as Stejskal noted, when you consider that less wealthy clubs in smaller markets already fear the continued ascension of their bigger counterparts into an MLS upper crust that would stand to get even richer by hosting those one-off playoff games.

One of USSoccerPlayers’ sources believes that the proposal, or one similar to it, will happen. Why? Mostly because another concern looms even larger for the league, and that’s television.

It’s a well-known fact that the league’s national TV ratings generally remain woeful despite more than a decade of focused attention from commissioner Don Garber and other honchos. While top-level soccer has become dramatically more sought-after programming on US airwaves in recent years, consumption of the domestic product lags noticeably behind imports like Liga MX and the English Premier League. This is the league’s final frontier.

In principle, everyone wants to see MLS’s championship awarded via the fairest, most competitive, and most compelling format. In practice, what really unites almost everyone at the league’s top tables is the desire to improve the television product. That should mean more revenue, with TV driving all of pro sports.

A swifter and more exciting playoff system certainly looks like one of the fastest ways to make a dent in that regard. The proposed changes “are far better for media partners,” one exec told USSoccerPlayers. And there’s a real allure to a pure knockout “win or go home” format like the one that the NCAA basketball tournament uses to hypnotize the nation every March.

For years, MLS plodded along with a small and chummy klatch of owner/investors. Kraft, Kroenke, Phil Anschutz, and a select few others dealt with huge financial losses with an eye towards the long view. They hoped that the pro game here could survive until the market adjusted in their favor.

We can argue about whether that day has truly arrived. There’s no doubt that the landscape has by now changed markedly. The diversification of MLS ownership ushered in by waves of expansion has triggered a paradigm shift, bringing old assumptions into question and making new demands of familiar figures. By the looks of it, some established clubs are managing it far better than others. Even traditional flagship club the LA Galaxy got shelled on their trip to Atlanta this week, a 4-0 whipping that’s the latest indignity of a long-feared downturn in SoCal just as LAFC get set to enter the league next season.

The concept of “disruptive” innovation has lately become overused to the point of satire. It’s still a useful lens through which to view the shaking of several of MLS’ foundational cornerstones. That unsettling, but ultimately necessary process may be with us for some time to come.