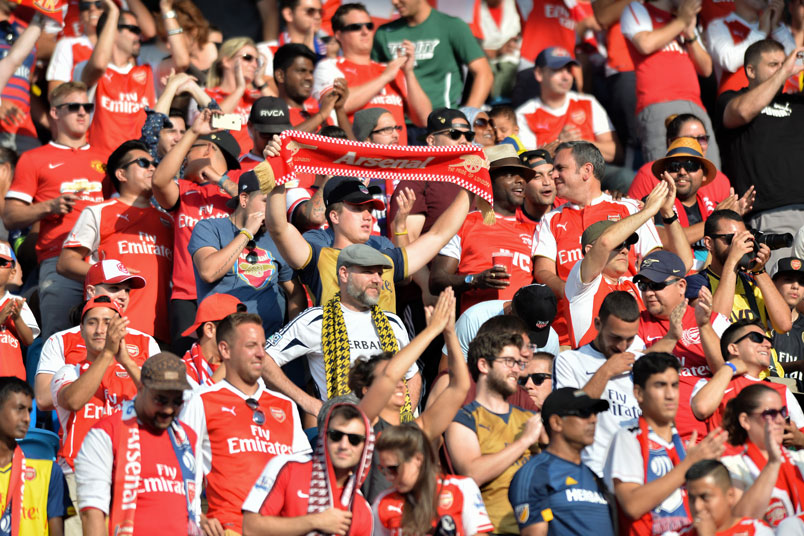 By Clemente Lisi – NEW YORK, NY (Sep 25, 2017) US Soccer Players – It wasn’t easy growing up a soccer fan in this country during the 1980s. It was a time when the sport appeared to go into hibernation. I caught the soccer bug during my summers in Italy, the country of my parents’ birth, and fell in love with the game during the 1982 World Cup when I was only five. That was the summer of great players such as Paolo Rossi, Michel Platini and Socrates. The memory of seeing grown men cry once Italy won the tournament burned that moment into my memory forever. The passion and love of country the game was able provoke convinced me soccer was much more than a sport.

I was lucky to live in New York, a city of immigrants, where soccer never really disappeared. Sure, the New York Cosmos faded away and the outdoor pro game gave way to the Americanized indoor version with the San Diego Sockers and Tacoma Stars dominating the old MISL. In New York, the indoor stuff never stuck. Instead, the city’s many ethnic groups held on to the love for their club teams. Satellite TV was still in its infancy, but it existed. German bars in Manhattan showed Bayern Munich games, while Italian social clubs in Brooklyn cheered on Juventus, AC Milan, and Napoli.

Interest in the sport operated like a small subculture within larger American sports fandom. Baseball and football dominated the airwaves, both TV and sports-talk radio, while basketball and hockey had made inroads. There didn’t seem to be room for soccer.

A lot has changed in three decades. Every major European league, as well as the Champions League, is available on live TV and/or streamed live via the internet. The growth of the internet has helped the game grow to unprecedented levels. At the same time, MLS has brought pro soccer to local communities, while the popularity of the National Team during recent World Cups now rival ratings for the Olympics. The investment and financial commitment by NBC in broadcasting Premier League games from England into American homes every weekend is the biggest sign that soccer is only going to grow here, not recede into obscurity.

With all these games and teams comes the curious case of how Americans go about choosing which clubs to cheer for. Why would a New Yorker become a Chelsea fan or a Texan show allegiance to Manchester United? This is where many Americans find themselves. Like the NFL did again this Sunday, holding games in London, so too are English clubs looking to create fans here. This manufactured process is unlike anything American sports fans have ever before experienced. A posting on Trip Advisor, the travel website, by a user named “Chris Z” summed it up best:

“I’ve been interested in the Premier League for a while (from playing too much FIFA) and I want to start following a team this season on TV. I’m looking to find a London PL team to support, because if I ever visit the UK, London is likely where I’ll spend most of my time. Of the 5 PL teams in London, so far I’ve ruled out Chelsea (too much bandwagoner appeal/recent success), and Crystal Palace (too little success). That leaves Arsenal, Spurs, and West Ham United as options. What is there to know about these 3 teams in terms of ticket availability, fanbase, neighborhoods, future trajectory and any other information about these clubs? Lastly, note that I have little to no interest in following London teams in the Championship like Fulham or QPR.”

While many bars fill with expats, a growing number of those fans are Americans who have only recently chosen a club to cheer on. They don’t have any cultural connection to Arsenal or Manchester United. Many have never been to London or Manchester. Many have never watched these teams play prior to 2014. Many also refuse to watch or attend MLS games in their own markets in favor of the Premier League or spending money to watch their beloved touring club in the summer. That has become an unfortunate byproduct of soccer’s growth in this country.

One user, living in England, responded to “Chris Z,” saying: “Might as well choose a team with a pretty strip that you like. As good a criterion as any other that you have listed.” Fair point. But Americans have a gilded invitation to the Premier League party, through either video games and hours of Saturday morning coverage, and they too want to participate. How else to choose a club?

The weekly ESPN podcast, Caught Offside, dedicates the start of every season to coupling new American fans with an English team through their Help-A-Fan segment. Like a dateless 20-something looking for love on Match.com, hosts Andrew Gundling and JJ Devaney post a series of seemingly innocuous questions with the purpose of ultimately pairing fans with clubs. A blue-collar guy could end up with a West Ham or Everton. Or worse, a listener could get a team that gets relegated. Fans don’t always take too kindly to the Championship.

Club fandom has come a long way since the ‘80s. No longer are Americans fans tied to a club because of ethnicity, nationality or heritage. Ask a fan the next time you see one in an Arsenal or Chelsea jersey as to why they cheer for the club they do. You may get a lesson in globalization and how Americans have finally caught the soccer bug.