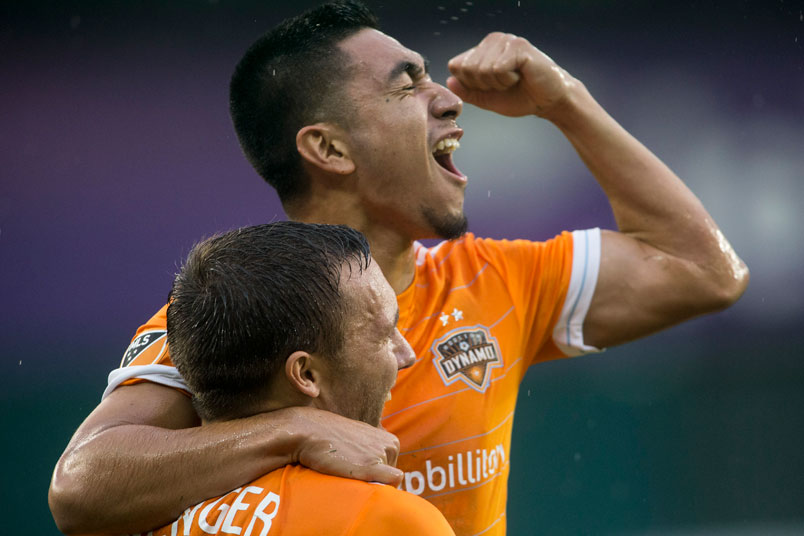 By Clemente Lisi – NEW YORK, NY (Oct 2, 2017) US Soccer Players – The start of October is when MLS teams go into overdrive. After spending the summer laying the groundwork for a playoff push, the Fall is when some teams either surge and clinch a postseason berth or totally collapse and start rebuilding for next season. For teams that surge, the hope is that the momentum will carry them to a title. It’s imperative now for teams flirting right over or under the red line to grab points.

With Toronto FC running away with the Supporters’ Shield, the real fight is elsewhere in the standings. It’s in the middle of the conference tables where often the MLS champion emerges. Those teams will jockey for points and position over the next few weeks. Consider the rest of the regular season as a seeding tournament for the MLS Cup playoffs.

The fight for a postseason spot is so spread out that even cellar-dwellers in the Eastern Conference like DC United were in contention for a wild card spot up until this past weekend. Whether the league’s a victim of parity as critics often say or have better players all around as the league would argue, this is still a very open fight. That makes almost every game on the schedule this month important.

Seven teams in the East and seven more in the West are fighting for four total spots, two in each conference. Even FC Dallas, who have experienced one of the worst slides in MLS history in a single season, are no longer favorites to get the sixth and final seed in the Western Conference. With that in mind, here are five must-watch games left in the regular season

Sporting Kansas City is riding high. After capturing the US Open Cup last month, the team is making a final push. The goal is winning the conference and getting home-field advantage in the playoffs. Sporting has plenty of talent and experience. Goalkeeper Tim Melia has had an amazing season, while its defense has conceded just 0.79 goals-per-game. That’s the fewest in MLS this season.

Houston, meanwhile, needs every point if they want to make the playoffs. The Dynamo needs to defeat Sporting KC at home and hope to grab at least a point four days later when the sides meet again in Kansas City to keep up with the pack.

The Red Bulls are one of those teams with a 50/50 chance of making the playoffs for the way Jesse Marsch’s men have been playing of late. New York is very much in need of points. They’re fighting with four other teams for that final playoff spot. Atlanta United is the hottest team in the league. United’s recent form, ability to run up the score, and their new home have all transformed them into the best expansion side to join the league since the Chicago Fire won the MLS Cup and US Open Cup double in its first year of existence in 1998. The recent injury to midfielder Miguel Almiron, who will miss at least three weeks with a hamstring injury, means the 23-year-old Paraguay international will be back just in time for the start of the playoffs.

Last year’s MLS Cup runners up, Toronto FC won the Supporters’ Shield this past Saturday with a 4-2 win against the Red Bulls. They’ve had a lock on 1st-place in the overall standings since July. The all-Canadian clash between the Reds and Montreal is always a tasty affair. While Toronto may use the game as a source of pride and to pad its Eastern Conference lead, the Impact need to get points to make the playoffs. Montreal’s 5-3 win against Toronto two weeks ago was proof that the Reds are beatable. It also showed that Montreal has been inconsistent, like many mid-table clubs, and that anything can happen down the stretch.

Seattle was a team that had a meteoric rise in the second half of last season to win MLS Cup. The Sounders are on pace to amass more points this season, 48 to last year’s 47. That’s in a Western Conference that has become less competitive and weaker for the first time in years. Dallas, on the other hand, is in desperation mode and currently tied with the San Jose Earthquakes and Real Salt Lake for a final spot. FC Dallas suffered a 10-match winless slide, finally breaking it last week with a 2-0 victory against the Colorado Rapids. They will need to beat Seattle to keep their playoff hopes alive.