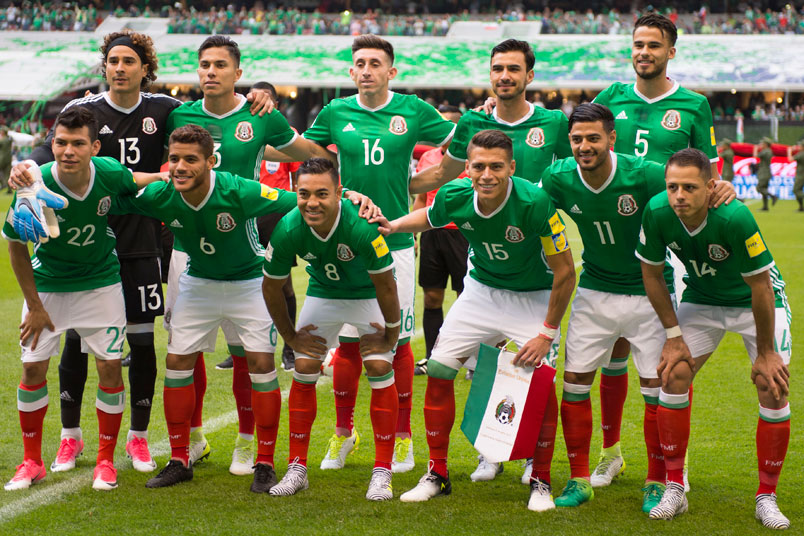 By Luis Bueno – RIVERSIDE, CA (Oct 11, 2017) US Soccer Players – With World Cup qualifying now complete for Mexico, the attention will soon focus on the future. The World Cup draw, tune-ups against European foes before and after FIFA draws teams into groups. The endless debate on what the 23-man roster for Russia should look like.

Before the dust completely settles from the Hexagonal though, it is worth both drawing some confidence and heeding some warning signs from what was almost a record-setting qualifying campaign.

While there are certainly things that went right and reasons for optimism, the close out to the Hexagonal was rather worrisome. Squandering 1-0 and 2-1 leads against Honduras and losing 3-2 was a sign that the El Tri cannot see a job through. It’s a bit of a troubling repeat of what has happened too many times in the last six World Cups.

Mexico has done well to get out of the group stage in every World Cup since USA 1994 but the road has ended in the very next match each and every time. The pattern may continue next summer if the Hexagonal has any bearing or offers any signs of foreshadowing.

Heading into the final round of qualifying, Mexico had already locked up a spot in Russia 2018. Mexico had a couple of meaningless games left, except they were not meaningless. Mexico needed to close out the Hexagonal with strength and have nothing but confident feelings when looking back at its qualifying campaign.

Against Trinidad & Tobago on Friday, they came back and wound up with a convincing 3-1 win, punctuated by some classy goals from players who figure to play a role next summer. Everything seemed to line up for a strong finish ahead of Mexico’s trip to Honduras on Tuesday. A win would give Mexico the record for points accumulated in a Hexagonal, as Mexico’s 24 points would top Costa Rica’s 23 from 2001.

The chinks in the armor appeared before Mexico’s arrival to Honduras. Star striker Javier “Chicharito” Hernandez got permission to skip the match, for reasons unknown to anyone outside the federation, at least publicly. Not taking the team’s scoring ace to a game that still had significance was an unwise move by the federation. For the player to ask such permission puts into question his own level of commitment. How can he truly bleed the colors of the national team if he is willing to skip out on an important game for his country?

Still, Mexico opened the scoring in San Pedro Sula and answered for an equalizer and held a 2-1 lead at halftime. But Mexico was no match for a determined Honduras team in the second-half and wound up losing 3-2.

In terms of getting to the World Cup, the result did not matter to Mexico. Finishing with 21 points means the same as finishing with 24. FIFA complicates the system for determining pots and seeded teams. Three points here is unlikely to drop Mexico down a spot and thus complicate matters for the World Cup draw.

What is troubling is that inability to finish, the slide in the final match. Only once in the last six World Cups did Mexico improve in their result from the second to the final group-stage match. In 2014, Mexico tied Brazil 0-0 in its second game and beat Croatia 3-1 in the finale, the only time Mexico has won the final group stage game during that six-Cup span.

Mexico then does not do well to build momentum, to gain confidence from results and see that grow to an insurmountable level.

Perhaps that is the challenge that El Tri coach Juan Carlos Osorio faces over the next eight months. The mentality must change for the better. This team has talent, possibly more than any Mexico team ever. Mexico players dot rosters across Europe in great numbers and the youth continue to step up and rise to the challenge both at home and abroad. Success at other tournaments has not been great, with the Copa America 2016 debacle and failures at the Confederations Cup and Gold Cup highlighting last summer. Howver, the way Mexico managed the first nine games in the Hexagonal showed that El Tri may have been on to something.

Now, the Hexagonal leaves a bad taste and a bit of a stinging memory. It is more than a smudge, certainly something worthy of concern. It may not seem like much, but it is a pattern that the national team needs to break. Based on the finish in Honduras on Tuesday, it is not one that will break soon or easily.

Otherwise, Mexico will follow another pattern next summer. A successful group stage followed by a loss in the first knockout game and more feelings of what could have been.