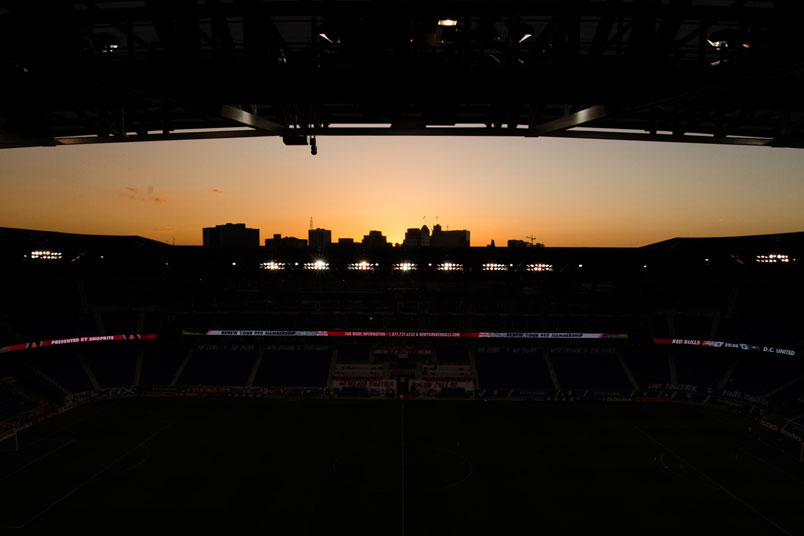 By Charles Boehm – WASHINGTON, DC (Oct 13, 2017) US Soccer Players – American soccer suddenly finds itself talking about things that are tough to pin down. Systems, structures, and cultural nuances can be slippery and difficult. Still, there’s no time for it like the end of a three-decade run of consecutive World Cup qualifications.

Naturally, focus will turn towards Major League Soccer. A cursory scan of this week’s social-media activity reveals it already has, some of it in blunt and salty language. A top-flight professional league is naturally a point of comparison for its country’s international standing and the general health of its soccer landscape. In this case, those links have been actively and assertively cultivated for some time by the league. That will only increase the scrutiny on MLS’s role in this situation.

Beyond the constant presence of USMNT players in the league since its inception, the US Soccer Federation and MLS maintain a variety of both informal and transactional relationships. They have done so more or less since 1996, highlighted by Soccer United Marketing, the more recent media rights gambit that has proved so fruitful for all involved.

Though some approach it like an explosive secret, the USSF-MLS-SUM partnership has been widely discussed for some time, even before the NASL made it a pillar of an anti-trust lawsuit filed last month. The NASL is set for a preliminary hearing in a Brooklyn federal court on Halloween, seeking an injunction to halt the federation’s planned demotion of the league to third-division status. It’s generally believed that the rebel league faces an uphill battle in its effort to prove collusion and conspiracy between USSF, MLS and USL. This week USSF filed a motion to dismiss the whole thing out of hand.

Yet it’s no sure thing for the defendant. The timing of that showdown perhaps feels more fateful now than it did a week or two ago. We’re days into a new era of justifiable second-guessing.

MLS exists, in part, to help the national team. It’s one of the foundations for the league. In real, practical terms, though, it bears no formal responsibility to do so today, at least not at risk to its own self-interest. You wouldn’t know it by the posture of commissioner Don Garber and his top colleagues, though. How many pro leagues on earth would feel the need to release a statement like the one MLS did on Wednesday?

For more than a quarter-century, a “growth narrative” has dominated the general tenor of conversations about American soccer at large. The idea of steady upward progress from a humble starting point is compelling. It reassures fans that the sport’s future is bright, even when the present looks and feels grim. It’s helped insulate the game’s uppermost echelons of leadership from criticism about short-term events and results.

A master plan of slow, steady, sustained growth can mean putting off other topics or shelving them altogether. Aesthetics of play, youth player development, diversity (or lack thereof) among stakeholders, promotion/relegation in the professional game. Now, a cataclysmic setback has punched some big holes in the storyline.

The MLS-USSF alliance means that the league now faces nearly as many knotty big picture questions as the federation does. Garber might disagree with that, yet his league’s public statement would undermine his case. For both better and for worse, MLS planted itself at the heart of the American soccer ecosystem. Now, its leaders must be accountable for the levels of influence that has engendered.

Structurally, MLS’s design is for survival. Cautious, frugal, collectivist, centralized. Attract investors and stave off the existential threats that doomed so many of its forbears. In 1996, that made a lot of sense.

The picture is very different today. The fragile infant has outgrown the incubator and is well into adolescence. That requires requires distinctly different ground rules as a result. The league’s own moves reflect that. Most prominently with the spike in salary spending via the Designated Player rule, Targeted Allocation Money, and various other intentionally confusing acronyms.

Challenged by the globalizing impulses of Europe’s super-elite, MLS itself hit a glass ceiling in recent years. That’s made its investors, however grudgingly in some cases, reconsider their levels of risk aversion. Some dark days at the international level should provoke similar soul searching. Does the model hatched in the mid-’90s take MLS, and American soccer as a whole, where it needs to go in the 2020s?

Pro/rel advocates have made most of us all too familiar with the 140-character encapsulation of the most commonly-advocated alternative. An “open system” that breaks open MLS’s single-entity structure to one extent or another in order to allow outsiders into the top flight and set up a league pyramid more like the ones seen abroad. Despite what some of its adherents insist, this would be no short or easy process, but a devilishly complicated one. That said, there are certainly a number of benefits that could ripple across multiple layers of the environment as it stands today.

Something written off as a pipe dream is now another open question. If a critical mass of stakeholders can agree that the status quo simply is not working, can entrenched ways of doing things finally be re-examined?

After decades of seemingly steady upward trajectory, soccer in the United States has reached a crossroads. It’s more than how to progress. It’s who decides, and who evaluates what all this looks like.

The stakes are high. It’s a heavy lift on all fronts. The sunny optimism of the past is no longer an acceptable default setting.