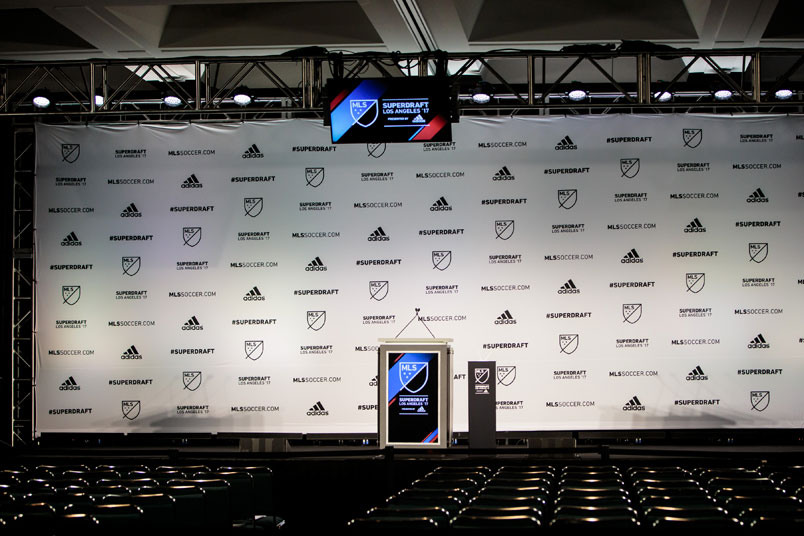 By J Hutcherson (Oct 3, 2017) US Soccer Players – At the 2009 MLS SuperDraft, the best player available by most metrics ended up selected late in the fourth round. Marcus Tracy chose Europe and it took 55 picks before an MLS team decided his MLS rights were worth it. That Tracy’s career didn’t play out as expected is irrelevant to the SuperDraft story. At the time, he symbolized a growing problem for MLS, players opting for somewhere else.

The state of the SuperDraft is an easy topic every January. We know the talent pool isn’t what it was. The homegrown player rule compounded what the appeal of Europe had already done. The MLS draft might share the same name with what happens in other sports, but it’s a different scenario.

It’s those other sports all of a sudden making MLS look good by comparison. The tanking problem in those other sports is only getting worse. Teams play for the draft, willing to take their chances even in lottery leagues where finishing worst might not mean the #1 pick. Playing for next season’s draft is nothing new, but normally it’s limited to a few teams every few years. These days? It’s an acceptable strategy to watch the losses pileup in pursuit of high draft picks. That plural is important, with teams playing for picks across multiple seasons.

That would be a desperation play in MLS. We already know how broadly defined “homegrown” is in this league. It’s unreasonable to expect top level talent to somehow escape that tag and become available in the draft. A future superstar by MLS standards avoiding a connection with a club would take some doing. It’s the same scenario for avoiding a European or Liga MX option.

Scouting American players is easier than it has ever been. The games are easily accessible alongside the clubs committing the people and resources to do the work. As much as MLS is becoming the league of choice for the rest of CONCACAF, America itself is becoming a low investment/high upside scenario for scouting and recruiting players. Any player getting games in the USMNT youth setup becomes known across the world. He is quickly part of a small group heavily scouted at international tournaments.

Where the college game fits in remains an open question. It’s not just Europe that sees the value in turning a player into a pro now rather than waiting for the conclusion of a college career. Jordan Morris, taking by Seattle as a homegrown player, made the choice to prioritize college. A player of his talent choosing that route is going to be a rarity.

So without the promise of the SuperDraft, where does this leave MLS clubs? They can’t expect a bad season to end up rewarded with a meaningful player taken with a high draft pick. That happening is growing considerably rarer than a homegrown player panning out with the senior squad. Where their focus and resources should be is obvious, even if it’s in stretching the definition of homegrown to make it difficult for another MLS club.

MLS is playing a different game with how the best players enter the league. That might avoid the tanking issue we’re watching in other American pro sports, but it creates its own issues. The main one is the lack of an escape clause for a floundering team. There’s no guarantee in any league that a high draft pick will revive a franchise. However, there is much more potential for that scenario in a league where the draft is the only route in.

There’s already the growing acceptance that making the MLS playoffs only to lose the knockout game isn’t enough. Getting one extra game doesn’t salvage a season. It doesn’t draw a line between success and failure. The more teams in the league, the tougher this conversation becomes. The bigger question is what’s acceptable failure for an MLS team and what are the realistic routes to improving?