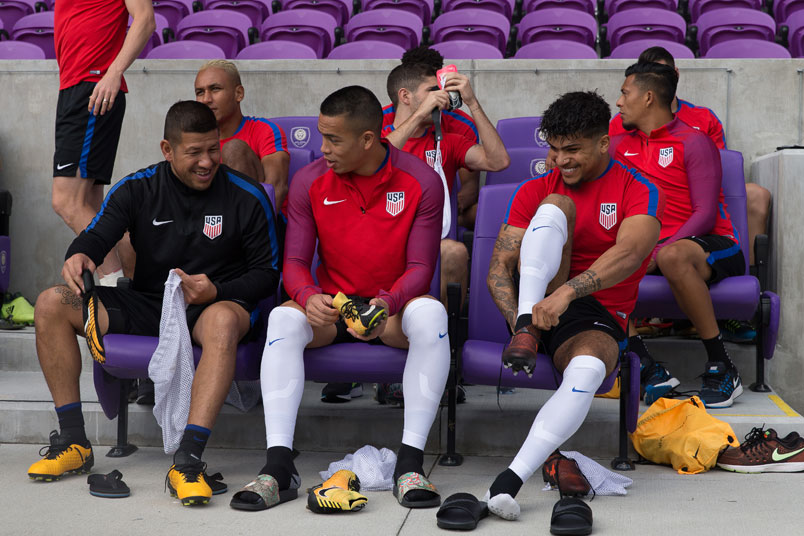 The USMNT is a day away from the next game that counts in CONCACAF World Cup qualifying. It’s the next must-win scenario in a schedule full of them. Obviously, all of those must-win games didn’t turn into three points.

Given the stakes, there’s a tendency to build up the state of CONCACAF. Is this region more difficult than most outside observers might expect? Well, probably not when three of the final six teams advance automatically and the fourth gets a playoff. Add to that the every four years collapse of one of those teams that makes the Hexagonal round and all of a sudden forgets how to win.

USMNT player Jozy Altidore talked to ESPN FC’s Jeff Carlisle about the relative strength of CONCACAF. “It’s not an excuse anymore at this point,” Altidore said. “Playing in CONCACAF, we have to make sure that in these games we push the bar so far in our favor that it’s a 90/10 possibility.”

That’s still the big picture point here for the USMNT. Call it a safety net or a lack of competitiveness down the table even in the Hexagonal, but the USMNT have an obvious route to the World Cup. The NY Times’ Andrew Das makes that point about the USMNT’s World Cup scenarios.

Goal.com’s Inves Galarcep asks about the USMNT’s alignment for the final round of qualifiers. Pro Soccer Talk’s Nicholas Mendola previews USMNT vs Panama. MLSsoccer.com’s Matthew Doyle makes the case for playing Christian Pulisic centrally. The Washington Post’s Steven Goff on who starts in goal for the USMNT.

Soccer America’s Mike Woitalla on Joe Enoch’s run as a player and then coach with Osnabruck coming to an end. Inside World Football’s Andrew Warshaw with the conclusion of the Premier League’s foreign TV money discussion.