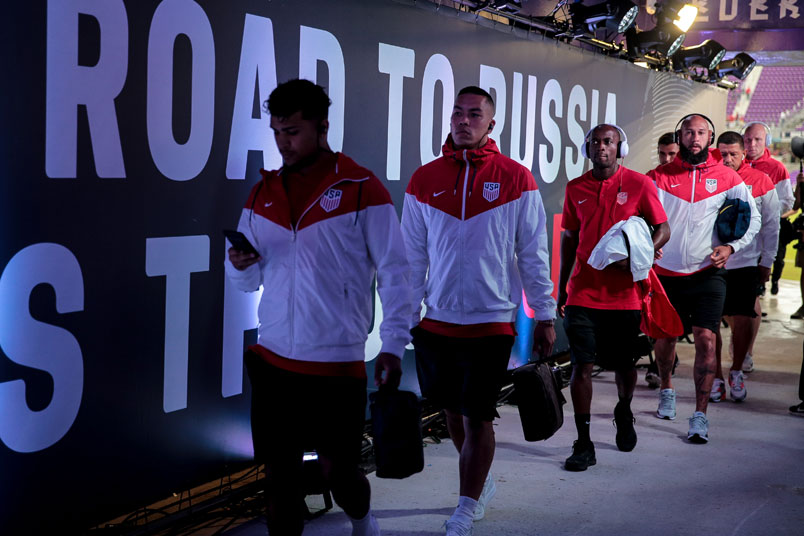 We start the soccer news with the quick takeaway from the USMNT’s 4-0 shutout of Panama on Friday. This is how it’s supposed to go at home in CONCACAF World Cup qualifying. The visiting team tries something that doesn’t work and is unable to make the adjustments necessary to salvage a point. Only making things worse is when the home team turns the game into a major statement.

That happened across CONCACAF on the Friday and Saturday match days. As the announcers calling the Mexico vs Trinidad & Tobago consistently reminded us, what was supposed to be a celebration in San Luis San Luis Potosi quickly turned into an opportunity for the home support to express frustration. Well, until Mexico turned it around late and turned a free kick into a winner. Then it was a party. The next day in San Pedro Sula, it was Costa Rica’s turn to get a goal five minutes into stoppage time to qualify for the World Cup.

In the other locker room, Panama, Trinidad & Tobago, and Honduras all have to wonder what it takes to get something out of an away game. The USMNT was right there with them home and away during this qualifying cycle. The difference for the USA is doing just enough to leave it up to them on the final Hexagonal match day.

Goal.com’s Ives Galarcep’s look at the USMNT’s win over Panama. The New Yorker’s Michael Luo on what Christian Pulisic did against Panama. SBI Soccer’s Ryan Tomlich tries to work out what happened to the Panama defense. The Washington Post’s Steve Goff talks to Paul Caligiuri about the USMNT returning to Trinidad & Tobago with World Cup qualification on the line.

The Telegraph’s James Ducker with the big picture issue for England. Inside World Football’s Paul Nicholson asks if Bolton is a bargain at £25m. Keir Radnedge has FIFA deciding to make the voting for the next World Cup host public.