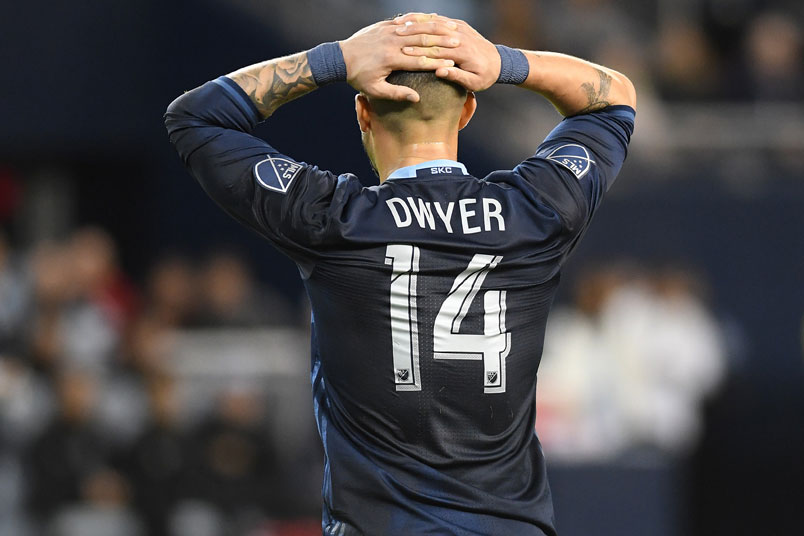 By Jeff Rueter – SAINT PAUL, MN (Nov 16, 2017) US Soccer Players – To say that Major League Soccer is in a better place than it was in 2011 would be a massive understatement. MLS has seen its talent pool become far more impressive, with roster rule changes and advanced metrics and scouting partly to thank. The increased sophistication of the Development Academy initiative has led to a promising group of homegrown players. Expansion has allowed more players and decision-makers into the league.

As US Soccer goes about preparing for their upcoming presidential election, this may be the first such vote in over twenty years where MLS isn’t a core issue. The league is far from crisis. Soccer United Marketing has brought the two organizations into constant communication.

However, this isn’t to say that this country has solved the league soccer problem. Three leagues across the country provide compelling cases that they have potential to improve. Each with their own vision and goals, they won’t be able to truly help the greater landscape until they can stabilize.

One of them is an MLS partner. At the time they linked up, the United Soccer League was the US pyramid’s third division. It was something between a local attraction and a place for players who slipped through the cracks to get a chance. That changed through MLS involvement.

The MLS players who would otherwise fail to crack the rotation are now able to get crucial minutes. Sporting Kansas City’s former alliance with Orlando City is among the most successful. During their MLS Cup run in 2013, Sporting loaned young striker Dom Dwyer to the Lions where he led that league in scoring. Dwyer returned to the parent team in time to be a crucial part of their championship.

While loans like Dwyer’s help the USL sides’ on-field product in some cases, it’s far from a universal level of competition. While the ‘MLS2’ sides may provide a gateway to minutes for young players, it doesn’t always get enough attention from the parent club to truly thrive. Attendance numbers can be embarrassing. In 2017, the seven worst-attended teams were all MLS2 sides, with New York Red Bulls II averaging a paltry 632 fans a game.

USL moved from third-division status to second this past season, putting it on an even level as the North American Soccer League. The modern iteration founded in 2011 after nine then-USL ownership groups were unhappy with the direction of that league. Since then, it’s fluctuated its size between eight and twelve teams, hitting that lower figure this past year.

To say the NASL has been a mixed bag of success would be a massive understatement. This past weekend, the San Francisco Deltas won the NASL championship over the vaunted New York Cosmos… and folded permanently. Back in July, ownership called out poorly-attended games as a major point of concern, asking for fans to help increase the figure at Kezar Stadium.

It wasn’t just the Deltas. The NASL itself is pursuing a court case to preserve their second division sanctioning. It seemed like the league was on life support, until Nipun Chopra and Dave Martinez each reporting that USSF is looking to make a three-year deal with the NASL to keep it afloat.

This would be a massive shock, but a deal would be contingent on the league ending its seven-year roller coaster ride. For one thing, the NASL would need to prove it can vet an ownership group. Since 2015, the league has seen teams in San Francisco, Fort Lauderdale, Oklahoma City, and Atlanta go extinct. Meanwhile, owners of Ottawa, Tampa Bay, San Antonio, and likely North Carolina have jumped to the USL, and Minnesota headed to MLS.

The NASL does offer some benefits, of course. Like the USL, it gives a chance for non-MLS players to hone their craft domestically. Famously, Miguel Ibarra turned a successful stint with Minnesota into a USMNT callup under Jurgen Klinsmann. Still, off-field issues have long overshadowed the on-field product. This will need to change if the league is going to survive.

The US and Canada’s other top-flight league deserves more attention, as well. The NWSL has it’s own issues, with Real Salt Lake taking over the league’s tenth franchise in the wake of FC Kansas City’s folding. FCKC’s exit has been a long time coming, with a series of ownership transfers and near-relocations finally coming to a close.

Still, the league has a serious chance to carve a greater role in the US sports landscape. Currently, the biggest challengers for major league female sports come from the WNBA and individual circuits like the LPGA and WTA. Very few national teams can rival the continued success of the USWNT. Youth soccer has long been the fastest-growing sport for girls.

In this instance, there’s little reason not to invest serious energy and capital into bolstering the NWSL. With an increased number of soccer-specific stadiums across the country, it isn’t as if there aren’t fields to host these teams. Markets like Orlando, Portland, and Houston have shown more than capable of supporting two top-flight teams.

As the US Soccer presidential election looms, there are plenty of talking points. The failure to qualify for Russia only increases the urgency to get this right. The current hierarchy faces criticism for how close they might be with Major League Soccer, but the league is firmly in place. If the game is truly going to improve, one stable league isn’t enough.