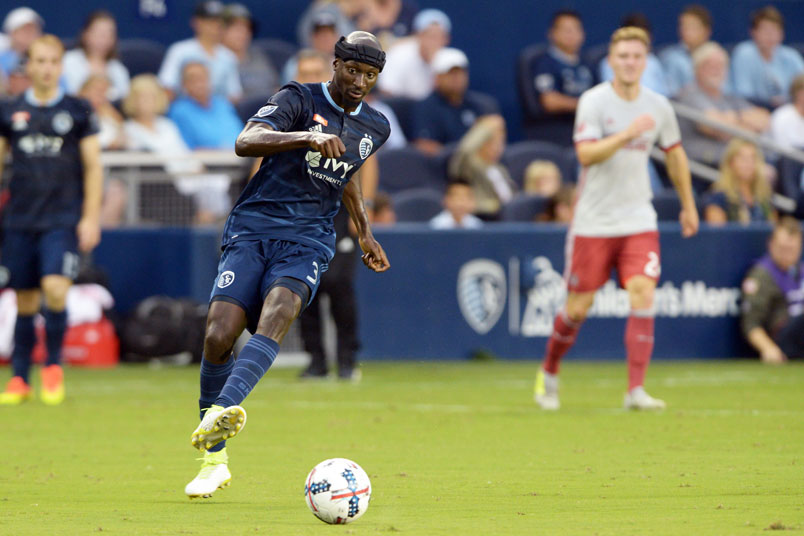 Sporting Kansas City’s Ike Opara is the 2017 MLS Defender of the Year, the league announced on Thursday. When Opara was on the field, Sporting Kansas City gave up 23 goals in 30 games and recorded 11 shutouts. He led the voting across all categories, taking the Player Vote with 31.42% with no other player reaching 14%.

“Reflection, for me I think was the biggest one,” Opara said when asked about getting the news that he won the award. “And then I wanted to thank a lot of people, just because I know that it’s an individual award but with teammates, supporters, friends, family… trainers even. Everyone who was part of the ride and might not get the credit for it. It was really a community effort. So, I wanted to thank them as soon as I heard.”