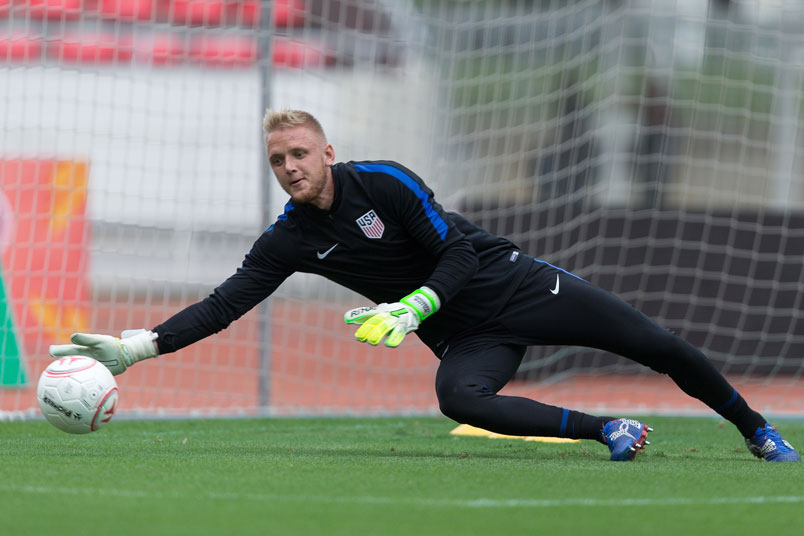 By Luis Bueno – RIVERSIDE, CA (Nov 22, 2017) US Soccer Players – The sprint that is the Liga MX regular season ended over the weekend. That included a derby that determined the regular season winner with Monterrey beating Tigres 2-0. Teams like Atlas and Leon wrapped up playoff births. Others like Lobos BUAP and Necaxa squandered their tickets to the postseason.

The Liguilla marches on in an equally speedy manner. The first-legs of the quarterfinals are on Wednesday and Thursday before the weekend’s decisive second-legs.

Three of the four match-ups feature a connection to the United States. The fourth is a mouth-watering match-up between two longtime Mexico City rivals.

If the playoffs are any extension of the regular season at all, Monterrey will lay claim to its fifth Mexican league title. Monterrey waltzed through the regular season with an 11-2-4 record. Los Rayados led the league in goals scored (29) and fewest goals allowed (12) and was the only team to win double-digit games.

Atlas meanwhile had issues beyond the pitch. Veteran captain Rafael Marquez’s reported link to drug traffickers meant he left the team before the season started. Atlas won its first two but then lost five and tied one over a brutal six-match spell. Atlas regrouped and reached the postseason while city rivals Chivas did not.

American connection: Teenage sensation Jonathan Gonzalez figures to see ample playing time with Monterrey. Gonzalez, 18, has logged 1,079 minutes for Monterrey in his first top-flight season. The US youth international has interest from El Tri but has remained steadfast in his desire to continue playing for the USMNT. Hurt in a recent Copa MX match, Gonzalez came back to play 90 minutes against rivals Tigres in a 2-0 win on the final match of the season. Gonzalez even picked up a yellow card in the match, one of three he earned this season.

Tigres had a wonderful season, piling up a 9-3-5 record, scoring 28 goals while allowing 16. The club’s 32 points and plus-12 goal differential was second-best in Liga MX. Unfortunately for Tigres, that team was city rivals Monterrey. Tigres though have more recent league success than Monterrey. Tigres’ Apertura 2016 title was its fifth league championship, one more than Monterrey.

Leon meanwhile accomplished a rare feat by winning two consecutive titles, the Apertura 2013 and Clausura 2014. It’s been mostly disappointment since then. Leon was not overwhelming this season, finishing with an 8-7-2 mark. The club’s late-season form was troubling. Leon limped into the postseason with one win over its last five games.

After Club America and Chivas, there is Toluca. Los Diablos Rojos have a storied history in Mexico and seem determined to push back to the upper echelon of Mexican soccer. Toluca hasn’t won a title since 2010. They trail Club America and Chivas by two titles. Hernan Cristante, who was in goal during Toluca’s heyday in the late 1990s, now paces the touchline at Estadio Nemesio Diez and is hopeful of league glory. Toluca isn’t the offensive powerhouse the club was back when Cristante played but can grind out results. That’s especially true at home. Toluca won seven of 10 home games but suffered on the road, winning just once.

Morelia meanwhile was on the verge of relegation at the end of the Clausura 2017 season. A stoppage-time winner by Raul Ruidiaz in the final game of the season kept Morelia in the top flight. Perhaps those positive feelings gave Morelia a lift this season. Morelia started off slowly with three draws and no wins until week six. The club finished with a 5-1-1 down the stretch.

American connection: Rodrigo Lopez, who bounced around several MLS and USL clubs for his entire career, joined Toluca in a stunning move. Lopez played nine games and saw 596 minutes in his first Liga MX season. “Ro-Ro,” a former USL MVP finalist with the Sacramento Republic, found Mexico much more befitting his style than any American league. Lopez played with Celaya of the Mexican Ascenso division. He proved his worth there before making the switch to los Diablos Rojos.

Despite the presence of America, there is no American connection in this series. Both Cruz Azul and America have stacked their rosters with domestic and South America-born talent. Phoenix-born Ventura Alvarado had spent his first six seasons with America but joined Santos at the start of 2017.

Cruz Azul is trying to break a title drought stretching back to 1997. When you consider the league has played two seasons in a calendar year since 1996, it compounds la Maquina’s heartache.

America meanwhile is trying to overtake Chivas as the most-successful Mexican league club. Chivas won the Clausura 2017 title to claim their 12th league title and tying Club America. Chivas, of course, crashed out of the playoffs as their championship form most certainly did not carry over into the Apertura 2017 season.