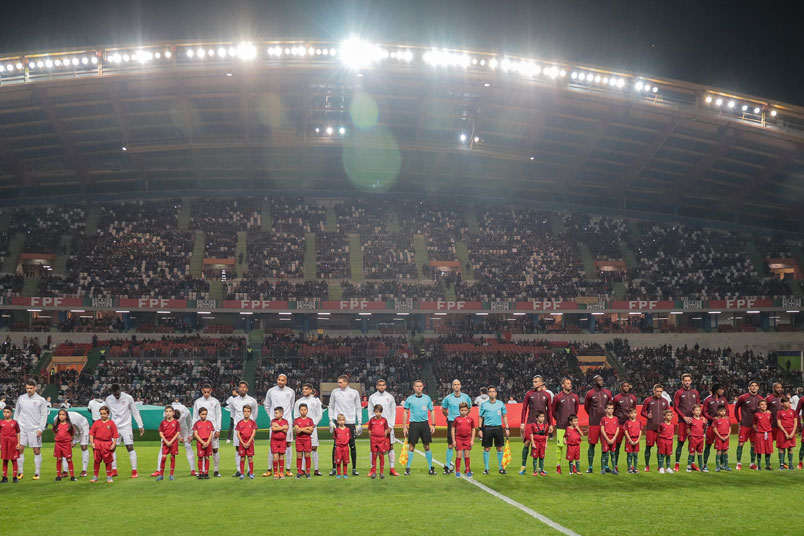 The USMNT didn’t lose in Portugal on Tuesday, drawing 1-1 in a game that asked plenty of questions from a transitional roster. For the most part, interim coach Dave Sarachan and the players had answers. CJ Sapong showed he could convert a strong MLS season into quality play at international level. Weston McKennie scored on his USMNT debut. Portugal’s goal was the result of a goalkeeping error, further underlining the work this version of the USMNT did in Leiria.

Of course, this is the current version of USMNT soccer, so there were extenuating circumstances. Prior to the start of the game, bringing in the former coach as a studio pundit might have led that list. Then there was the halftime story that US Soccer and its marketing agency SUM were considering staging games this summer with the other World Cup regulars that didn’t qualify. Both pushed the focus and the discussion away from what was happening on the field.

Considering those big picture circumstances, maybe that’s fair enough. At least for now, this is the situation for the USMNT even when they don’t lose against the 3rd-ranked team in the world.

Pro Soccer Talk’s Nicholas Mendola’s takeaways from the draw with Portugal. MLSsoccer.com’s Matthew Doyle’s look at how the USMNT did. ESPN FC’s Jeff Carlisle on the USMNT closing out 2017 with a draw. SI.com’s Grant Wahl highlights McKennie’s play. Bundesliga.com also puts the focus on McKennie.

Also in the soccer news, after a scoreless first-leg Australia knocked out Honduras 3-1 on aggregate earlier today in Sydney. The Daily Telegraph’s Tom Smithies has the celebration from the ANZ Stadium. Goal.com’s Jon Arnold on what went wrong for Honduras. The NY Times’ Rory Smith has another look at what not qualifying means in Italy.

Atlanta United announced their USL club to begin play in 2018. The club doesn’t have a name yet, but will play at the Atlanta Braves AAA baseball stadium in Gwinnett, Georgia. MLS released the rules for the 2017 expansion draft that begins on December 12. Columbus Business First’s Laura Newpoff considers the timeline for the Crew’s investor/operator’s interest in Austin, Texas.

The Independent’s Jonathan Liew on England’s need for a creative player. AP’s Tom Hays reports from the FIFA corruption trial on bribery allegations against broadcasters.

Let’s go Wes👊🏽 my boy since u14 ynt camp who woulda thought🤷🏻‍♂️ https://t.co/UTcDfvJTu2