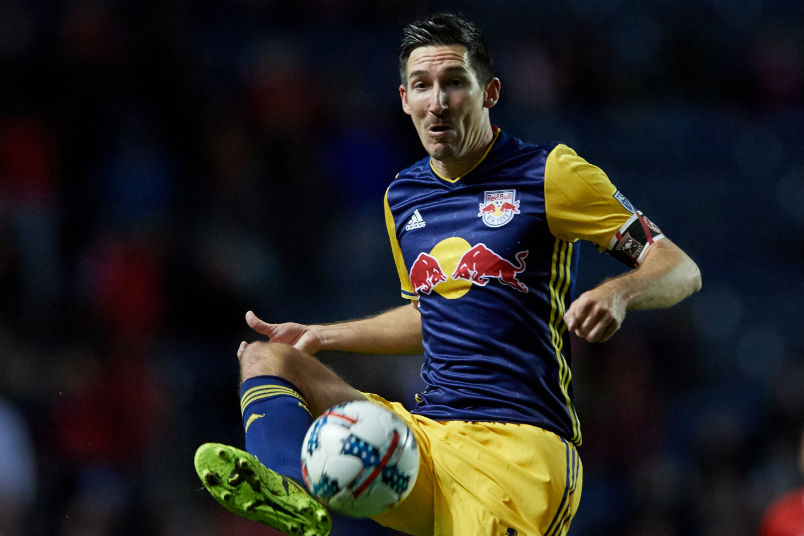 By Jeff Rueter – SAINT PAUL, MN (Dec 28, 2017) US Soccer Players – Few teams have had a busier first month of the MLS offseason than Orlando City. Desperate to make the postseason in their fourth year, the Lions were bound to see a massive change in personal.

Original face of the franchise Kaka hung up his boots, regulars like Antonio Nocerino, Giles Barnes, and Dillon Powers were shown the door. Cyle Larin is reportedly close to joining Turkish side Besiktas. There was plenty of work for Jason Kreis and company to do.

On Wednesday, the club made two moves and closed in on a third. The Lions sent a third-round SuperDraft pick to the LA Galaxy for Jose Villarreal. The Homegrown player was often overshadowed by stars like Landon Donovan and Robbie Keane, before being overlooked by Curt Onalfo and Sigi Schmid. With playing time, there’s reason to believe that he could still be a major piece of a playoff-caliber attack. Orlando also added Mohamed El-Munir on a free transfer. The left back has earned 16 caps with Libya and could challenge for time.

The third, however, would be of another class altogether.

As of Wednesday night, Orlando is “finalizing” a deal with the New York Red Bulls for Sacha Kljestan. I’m hearing the Lions will be sending a package of allocation money and rotation players to Harrison in exchange for the USMNT midfielder. It’s entirely possible this deal materializes before press time.

The book on Kljestan is pretty close to fully-written at this point of his career. That said, the 32-year-old may be one of the most underrated American players of the past decade. Since his breakout 2007 campaign, the Anaheim product has been a consistent distributor. After a successful stay at Anderlecht, Kljestan has been one of the best attacking midfielders in MLS, racking up 16 goals and a staggering 51 assists in three years.

In many ways, Kljestan would be more than a capable replacement for Kaka. In the same three year window, the former Ballon d’Or winner had 24 goals and 22 assists for Orlando. Even at 32, Kljestan has shown no signs of his passing ability deteriorating. Having mobile teammates like Villarreal, Dwyer, Peruvian designated player Yoshi Yotun, and the rumored addition of 19-year-old Paraguayan attacker Josue Colman would play to Kljestan’s strengths.

This would mark the second straight offseason that the Red Bulls have traded a midfield captain. Last winter, New York sent Dax McCarty to the Chicago Fire for a haul of $400,000 of allocation money. Tyler Adams stepped up admirably in his stead. It’s unclear who Kljestan’s replacement would be, but with so much accrued allocation funds, they may finally have to pull the trigger on their first big-ticket acquisition since Thierry Henry’s retirement in 2014.

With Orlando, Kljestan could fill a couple of roles. Assuming Kreis continues to deploy his trusted midfield diamond, Kljestan could either act as the attacking spear at the top or one of the box-to-box players on either side. It’s most likely that he’d alternate between the two roles depending on Kreis’ four midfielders of choice each week.

If the trade is finalized, Orlando fans would have to wait a bit to see their new acquisition take the pitch. Last week, the MLS Disciplinary Committee issued a two-match suspension to Kljestan for his role in a halftime brawl during the MLS Cup quarterfinals against Toronto. Once he gets started, wherever he gets started, there’s every reason to think Kljestan can be a Best XI-caliber player again in 2018. For an Orlando side in transition, that’s hard to resist.