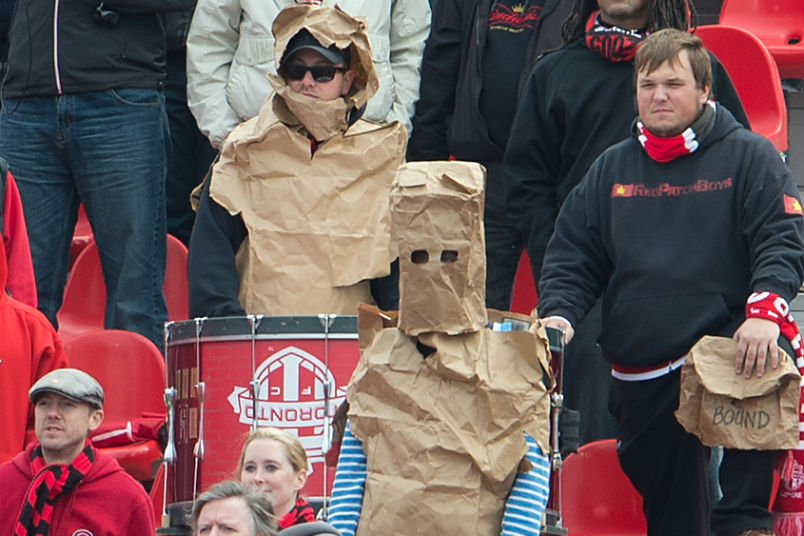 By J Hutcherson (Dec 12, 2017) US Soccer Players – Toronto isn’t exactly title town in any sport. The Toronto Blue Jays won the World Series back-to-back in the early 90s, the high point for trophies their southern neighbors would care about. The NHL’s Maple Leafs are a marquee club that hasn’t skated with the Cup since 1967. The NBA’s Raptors aren’t going to threaten that league’s elite. A city’s Canadian Football League team winning the Grey Cup means Canadian-specific bragging rights. It will play well in Saskatoon, but who cares in Seattle?

It’s no knock against Toronto FC that they spent many seasons as an almost stereotypical Toronto pro sports organization. The intent was certainly there, but the results stubbornly refused to follow. That’s the Toronto sports story, when their rich and beloved hockey team spends five decades not doing the one thing a rich and beloved sports team should.

Toronto FC flipped that script on Saturday. Regardless of where you might rate MLS among the major North American pro sports leagues, it’s certainly on the list. That’s why it wasn’t much of a surprise that the city of Toronto is holding the appropriate celebration for their soccer club.

It’s not the first time a Toronto soccer team won the North American topflight title. In the old North American Soccer League era, a league in need of teams expanded to Toronto through an existing soccer club. That’s the origin story for Toronto Metros-Croatia, NASL champions in 1976. That was the only time a Toronto club won that league. The Blizzard came close, losing the finals in 1983 and 1984. That’s better than the Maple Leafs, who were last in the Stanley Cup final the same year the NASL opened for business.

With that in mind, it’s almost better that Toronto FC spent those years in the MLS wilderness. Those disappointments, false starts, and half chances might have ended up being another Toronto-specific sports story. It had all the requisite parts. They tried with outsider coaches, expensive players, and reworked front offices. They brought in people who had success elsewhere. It just didn’t work. Well, until it did.

Toronto’s ridiculously successful 2017 will always be the second-half of their 2016 story. It was a disrupted build that turned a great 2016 Toronto team into a team that only the New York Red Bulls would question in 2017. It’s worth pointing out that it’s appropriate that a New York team playing in New Jersey would call out the eventual MLS champions for not doing a good enough job knocking them out of the playoffs.

Now, we move into an offseason where not even the Red Bulls should be questioning Toronto. They’re the best team in this league right now, building a significant gap between them and everybody else. There’s no botched title run to give anybody solace.

What Toronto did give the league over the last two seasons is proof of concept. This isn’t a team that fluked its way towards a title, surprising themselves and everybody else by making the final. We’ve seen that happen enough in MLS over the years, doubling down on the illusion of parity that can mean not trying.

Toronto certainly tried. They also failed, setting up an institutional knowledge that can just as easily hamper clubs. Losing… and go ahead and insert your pick from a cavalcade of sports cliches. The perennial loser tag attaches easily to entire cities, much less an individual team. It takes work to tell a different story, but there’s no guarantee.

Keep that in mind when using Toronto in 2017 to point toward a new vision for what works in MLS. The parity that justifies not doing enough and letting it ride is still very much in play. Even a new record for points in a season won’t convince every investor/operator to max out their budget and try to compete on merit from round one. There will always be teams trying to play the older familiar game in this league. It’s up to the new elite to leave them behind.

Leading that charge is Toronto, putting their city in that unfamiliar space where the team they thought they knew is now their champion. Toronto raised their sport locally, something only a few MLS teams have done even with a Cup on the shelf. It’s their league now, with the potential to push past the parity era and break a model that isn’t working well enough anymore.

Given the expansions of the squad budgets, this isn’t even a criticism of MLS. They know. The league announced the most recent budget increase the day before MLS Cup. They might have to wrap it in acronyms to satisfy the ghost of single-entity, but it’s still about allowing their clubs to spend more right now.

That’s the next version of MLS, letting clubs take the financial risk that needs to be part of competitive sports. Toronto has a trophy to prove that it can work. Their city has a title to celebrate to show what that can mean to the broader fan base MLS has tried to hard to grab.

Welcome to Toronto, soccer capital of North America until another city’s team proves otherwise. Isn’t this what we’ve always wanted for soccer in these countries?