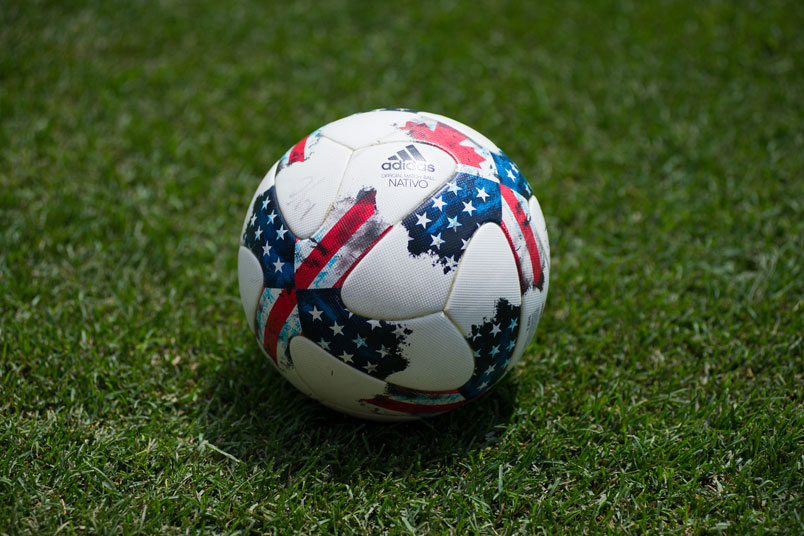 By Charles Boehm – WASHINGTON, DC (Dec 22, 2017) US Soccer Players – Three years ago Major League Soccer changed their logo. The progressive “brand identity” was built in particular around three stars arrayed in the upper left corner. The league let us know that the stars “represent the pillars of our brand: For Club, For Country, For Community.”

It was an admirable concept that tried to crystallize what makes soccer different from other professional sports in North America. Even back then it was problematic, however. The new look was unveiled right when the league had elected to shutter its Chivas USA franchise in Southern California. MLS chose to close a franchise rather than salvage a project that many had invested blood, sweat, and tears into for over a decade.

Let’s look at those three stars. What values do they really reflect? It’s the problem with making such an overt statement about an organization’s priorities. It makes it easy to see when that organization is falling short.

This week the league was supposed to announce the two winners of its latest expansion race, having trimmed a large field of applicants down to finalists Cincinnati, Detroit, Nashville, and Sacramento. Though there are plenty of takes on the MLS expansion process, this math seemed pretty straightforward: Two from four.

On Wednesday only one city took the spotlight for a warm official welcome to MLS. Nashville, a medium-sized city with a modest soccer history. Their lower-division pro team, the USL’s Nashville SC, that’s only now gearing up for its first season of play.

The merits of that decision are debatable, and seem to be highly influenced by the hefty public-financing deal for a new stadium on the city’s fairgrounds. That is a tempting carrot indeed, though it did not take long for Columbus Crew supporters to dryly note that the historic stadium on their city’s fairgrounds has been labeled entirely differently, with the league’s blessing, by wantaway owner Anthony Precourt.

The short answer? Check back in 2018. The league’s leaders have elected to leave Cincinnati, Detroit, and Sacramento hanging for at least a few more weeks, maybe more. The league chose not to make their reasons clear.

“There really isn’t a hitch or an impasse in any way,” MLS commissioner Don Garber told the Cincinnati Enquirer. “You know, we want to have finalized agreements before we announce teams. Our expansion committee meeting was 10 days ago, and we are very confident that we are going to have that second team finalized but we’re not able to reach a final agreement.”

That sounded a bit too much like spin for some local observers in the three markets asked to wait even longer after an already laborious, drawn-out process.

“Does MLS stand for Major League Soccer or Minor League Sports? Who operates like this?” wrote the Sacramento Bee’s Ailene Voisin. “MLS is … striking right into the gut of a community that is waiting for a proposal, eager to hold hands for better or for worse, in good times and in bad, only to be strung along once again while MLS flirts with other suitors.”

The Sacramento Republic is a successful, well-branded and well-supported USL team. Their downtown stadium plan is quite literally shovel-ready. The vocal support of the city and other leaders is there.

What isn’t is the increases needed to pay for MLS expansion. It’s the expansion fee and the construction costs. Soccer America has the details on Sacramento’s MLS bid now needing new investment and quickly. This is in a city that proved its soccer value through supporting their existing team.

“Sacramento, we’re heading into extra time,” tweeted Kevin Nagle, the group’s lead investor. The outlook was perhaps a bit brighter in Cincy. FC Cincinnati has the financial backing. What they don’t have is a firm stadium site and plan. It’s a similar case to Sacramento, witha very well-supported USL team capturing the imagination of a market. The problem for MLS is their own preferred demographics.

“Our MLS opportunity is still very competitive. The expansion franchise award was not as simple as a meeting followed by an announcement. It is a process, and involves ongoing communication,” said bid leader Jeff Berding in a statement on Wednesday. “We have much to be thankful for during this season, and that should be our focus. I intend to enjoy the Christmas holidays and encourage all of our supporters to do the same.”

So we all wait and watch for updates or clues, some more painfully than others. It’s not quite as exhilarating as witnessing clubs overseas earning promotion from the second divisions hoist hardware, is it?

Back to reality: From pro sports to the White House and myriad points beyond, nothing in America talks as loudly as money. From Columbus to Sacramento, MLS suddenly appears to feel confident enough in its future to discard any pretense. Is this the way forward?

After the tumult of American soccer’s 2017, that’s a strange and unsettling question to carry into the new year.