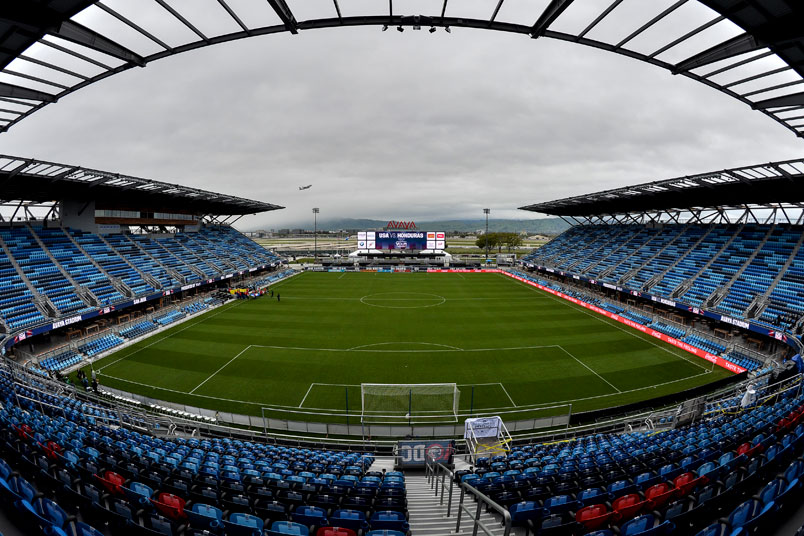 By Jason Davis – WASHINGTON DC (Dec 1, 2017) US Soccer Players – While the Seattle Sounders and Toronto FC prepare for a rematch of last year’s MLS Cup final, the business of trying to make sure the pair don’t play each other again for the Philip J. Anschutz Trophy in 2018 continues across the rest of the league. One of the many lessons from Toronto vs Seattle two years in a row is that the other clubs can’t count as much on parity and the random breaks of the postseason to help them overcome unaddressed deficiencies. Maybe MLS isn’t a competition made up of established elites and also-ran riffraff quite yet, but it does seem to be trending in that direction.

In a bid to get better, six MLS teams fired their head coaches during the 2017 regular season. Four went the interim route, pushing their search to the offseason. None of the four clubs – New England, Montreal, Colorado, and San Jose – waited long to make a choice. In a bid to give their new bosses as much run-up to next year as possible, the quartet recruited a range of coaches before the technical end of the 2017 season. In every case, the clubs went outside of the current MLS coaching ranks, choosing instead to tap names with zero MLS experience on their resumes.

Beyond their lack of MLS experience, the four men have very little in common. Only one is American, and none share a nationality with another. Here’s a look at the newest faces in the MLS coaching fraternity as they settle in for a busy winter.

American soccer fans—and English ones, for that matter—know Friedel well from his days as a renowned goalkeeper for the US Men’s National Team and four different teams in England. Friedel’s playing resume is stellar, but he doesn’t bring much coaching experience, MLS or otherwise, to Foxborough. Friedel’s only coaching job was a year spent with the US U-19 national team, a newly created age group team in the US soccer program that gave Friedel minimal opportunity to coach. On the plus side, Friedel does hold a UEFA “A” coaching license, a credential that puts him in a select group of coaches in MLS.

The gamble for the Revs is obvious. The organization is counting on an unproven coach to learn quickly. Working to Friedel’s advantage is his knowledge of both the League and his familiarity with the American player.

On paper, Garde is the most accomplished member of the new batch of coaches. At 51, he’s also the oldest. The Frenchman seems like a good fit in Montreal in part because of cultural reason, but he also possesses an impressive batch of experience by MLS coaching standards. Garde worked his way up from assistant to manager at Lyon, where he won two minor trophies. After leaving France in 2014, Garde led Aston Villa of the English Premier league part of the 2015-2016 campaign. He was effectively fired with the club in the relegation zone in March.

Despite the deflating end to his time at Villa, Garde has a name and profile rarely seen in MLS. How quickly he can adapt to the style of the league, and how successful the Impact are in rebuilding their roster, will ultimately determine whether he’ll be in MLS for longer than the five months he spent in England.

The Quakes ranged further from the usual box than anyone in the group when they tapped Swede Stahre to take over from interim head coach Chris Leitch. Stahre is young for a head coach at 42, but already has seven clubs on his managerial resume. He most recently managed Hacken in Sweden, leading the club to a fourth-place finish in the just-completed Allsvenskan season. Stahre won the Swedish league with AIK in 2009 and has a number of other trophies on his record.

Stahre represents the first instance of GM Jesse Fioranelli’s influence on the head coaching position in San Jose since the Swiss arrived in January. Fioranelli became aware of Stahre’s rising star while the former was with Roma. With Stahre on board, Fioranelli will be on the spot just as much as the coach if things don’t improve over 2017.

It’s Colorado that snagged the baby of the group with 36-year old Anthony Hudson taking over for Pablo Mastroeni. Hudson’s age belies his experience, and his English background belies strong connections to the American game. Born in Seattle while his father was playing for the NASL Seattle Sounders, Hudson returned to the US as a player-assistant with the Wilmington Hammerheads of the USL Second Division in 2006. Hudson led the Real Maryland Monarchs for three seasons to start his career as a head coach before leaving the country. Hudson takes over in Colorado following a run as the head coach of New Zealand.

Rapids interim GM Padraig Smith called Hudson “one of the most promising young talents [in coaching]” when introducing the Englishman. MLS is not always the best environment for young coaches because of restrictive roster rules, difficult travel, and parity. Reasonable expectations should allow Hudson a period of adjustment as he returns to the club game.