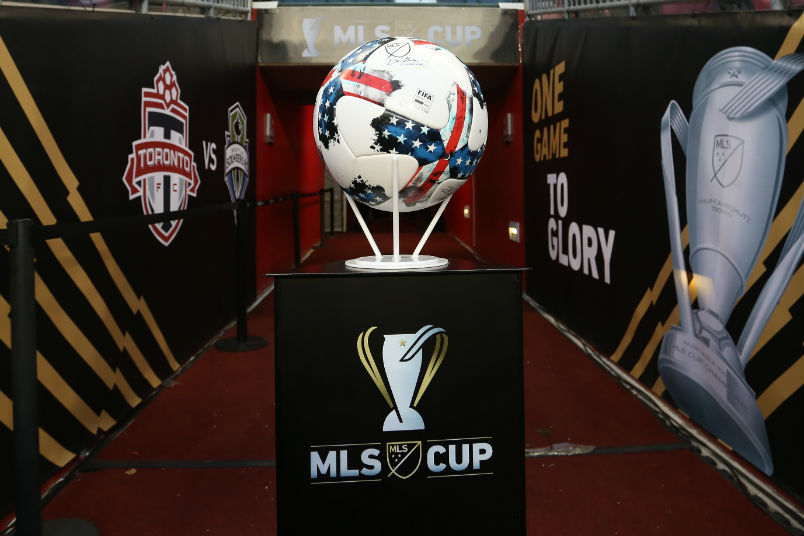 The soccer news starts with a new MLS Cup champion. Toronto FC took the title and made it about a team coming together to makeup for almost getting there the year before. 2016 loomed large for Toronto throughout 2017. They knew what that felt like, and not revisiting that disappointment became the driving push behind their 2017 success.

Unfortunately for the rest of MLS, there’s no other team in that position for 2018. Seattle won in 2016 and they lost a one-sided final on Saturday. Toronto is now the defending champions, playing through a version of the Seattle scenario in trying to make it back-to-back titles. There’s also the bit about Toronto now underlining their bid as the best team in league history.

For those other MLS clubs it’s, following Seattle’s example.

“I would give credit to Toronto,” Sounders coach Brian Schmetzer said. “They certainly seemed to be very good defensively. Our attacking movements have been good. But today we had too many balls given away. Too many easy balls given away. Too many easy passes given away. When you don’t have any rhythm to your game, you don’t create a ton of chances. It’s a performance that we will look at. We’ll do the same program that we always do. We’ll look at the tape, we’ll look at the film and we’ll try to learn and see if we can get better.”

The Seattle Times’ Geoff Baker expects the Sounders to respond to this loss by reworking what many considered an excellent MLS squad. FC Yahoo’s Leander Schaerlaeckens on whether Toronto’s success will start an MLS spending spree. MLSsoccer.com’s Matthew Doyle focuses on the coaching decisions from both clubs. FourFourTwo’s Scott French explains the importance of Michael Bradley for Toronto. The NY Times’ Joel Petterson with Toronto’s redemption story.

Also in the soccer news, MLS wasn’t the only league calling time on the 2017 season. Liga MX’s Apertura concluded with Tigres winning the title 3-2 on aggregate over Monterrey. Jose Torres was on the bench for Tigres, who took the second-leg 3-2 at Monterrey. Trailing from the 2nd minute, Eduardo Vargas equalized in the 30th. Francisco Meza scored the series winner for Tigres in the 35th.

CONCACAF’s participant in the Club World Cup advanced. Liga MX’s Pachuca knocked out Wydad Athletic Cup 1-0 in extra time. Victor Guzman headed in the game’s only goal in the 112th minute. Wydad played a man down from the 69th. Pachuca plays CONMEBOL representative Gremio in the semifinals on December 12.

Pro Soccer Talk’s Joe Prince-Wright with takeaways from Manchester City’s win at Manchester United. BBC Sport has City manager Pep Guardiola going ahead and letting us know that his tactics work in the Premier League. Reuters’ Simon Evans tries to work out just how good City is.

Speaking of Michael Bradley, who was superb in #MLSCup, Jozy Altidore said: “His bald head was everywhere.”